This month We Want Comics are marking the first anniversary of Guerrilla Games’s gorgeous PlayStation 4 game, Horizon Zero Dawn, with a deep dive into its post-apocalyptic universe. Horizon Zero Dawn, for those who haven’t played it or seen any footage, tells the story of Aloy, a scout for the Nora tribe who spends her days hunting robotic dinosaurs and other megafauna. After the nihilistic cult Eclipse attacks her people, she goes on a quest to unravel their scheme, and in the course of doing so, uncovers how the Old World died and what turned the machines against humanity.

It is somewhat surprising the game hasn’t already had a promotional tie-in series, but it is an intellectual property still in its infancy, and no doubt Guerrilla Games are still mapping out much of the lore before they feel comfortable sharing it with outside creators. The game is also so beautifully rendered that a comic rushed out to be released a year ago may have felt perfunctory. So now for the fun part: what stories in Aloy’s world can be explored in comic books? (Spoilers.) 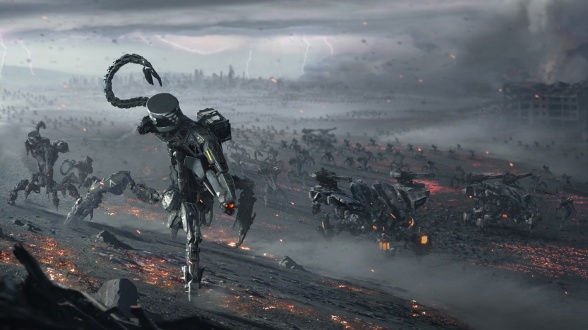 Long story short – Aloy discovers the Old World was destroyed when the Faro Corporation developed self-replicating war machines that could fuel themselves with biomatter: the machines literally devoured the planet. Project Zero Dawn ensured the rebirth of the planet with the GAIA AI, whose subordinate functions eventually deactivated the Faro machines, built new ones to terraform the planet, and cloned the extinct lifeforms. However, a mysterious signal, broadcast 20 years ago when Aloy was born, severed GAIA’s connection to the subordinate functions, causing HEPHAESTUS to build more hostile machines, and the HADES failsafe program to plot humanity’s second extinction.

There’s about a thousand years worth of story to be explored here, from the end of the world to the growth of the new civilizations in the game. At the core of the former storyline are Dr. Elisabet Sobeck – Aloy’s ancestor – and Ted Faro, the company chairman whose ambition has doomed humanity. As the two head up the project to ensure the planet lives on after the Faro plague, the military launches Operation: Enduring Victory to buy enough time for them to complete Project Zero Dawn. 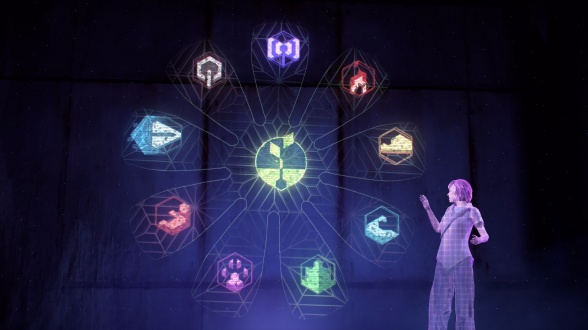 Elisabet Sobeck displays the GAIA AI with its subordinate functions

It could be an incredibly compelling and emotional comic, exploring the scientists’ and soldiers’ realization and acceptance (or not) that none of them will survive, and that they’re placing their faith in an AI to recreate their species someday. Faro’s descent into madness, which lead him to purge the APOLLO module containing all known human knowledge, and to murder his fellow team members, so the next generation could remain innocent from technological hubris, could be a striking depiction of guilt. The game never reveals his final moments, which would make a perfect framing device.

Then on the other end of the spectrum are the histories of the new human tribes: from the hunter-gatherer Nora, to the shamanistic and nomadic Banuk, and the metallurgical Oseram, there’s a variety of cultures to delve into. Of all the tribes in the game, the most advanced and developed were the sun worshipping Carja, who are ruled by the Sun-King Avad in the holy city of Meridian. 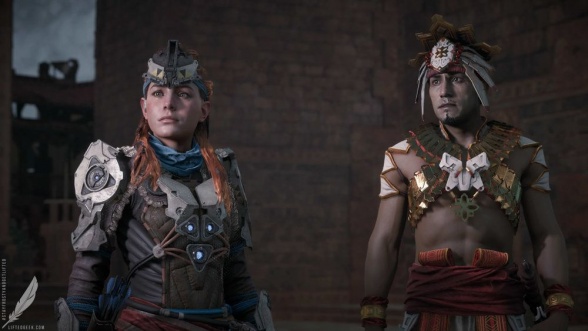 Avad took the throne from his bloodthirsty father Jiran, who began kidnapping members of other tribes and sacrificing them to machines after HEPHAESTUS began manufacturing the new, more dangerous varieties. Jiran’s followers established another kingdom in the city of Sunfall, and became known as the Shadow Carja. The entire bloody affair of the Red Raids and the Carja Civil War could be its own ongoing series.

Aloy befriends many on her journey, but the ally most deserving of the spotlight has to be Sylens (voiced by and modeled after Lance Reddick), an archaeologist who like her, has learned how to hack and control the machines. She eventually discovers he founded Eclipse with the Shadow Carja’s leaders, who believe HADES to be their god (the Buried Shadow). 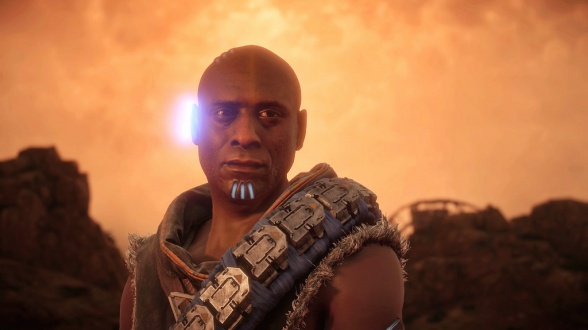 As Sylens explains, he discovered the damaged AI module, and in exchange for its knowledge of the Old World, he recruited the Shadow Carja to serve as its army. Eclipse used Sylens to learn how to control the machines for their planned conquest of Meridian, and HADES in turn was using them to reach the city’s Spire, with which it could reactivate the Faro plague. A Sylens prequel series, where he goes from a curious scientist drunk on the fruit of knowledge, to a spurned collaborator seeking revenge on his former masters, could be as fascinating as he is.

Aside from the WGA Award-winning team on the game, Greg Pak comes to mind as a perfect writer for this undertaking as, whether it’s in “The Incredible Hulk” or “Turok: Dinosaur Hunter,” he loves to write characters beating the tar out of giant monsters. His work with Turok also demonstrated a fascination with indigenous cultures and worldbuilding that is clearly shared by Horizon Zero Dawn’s creators. Our somewhat out-of-left-field suggestion would be for Aloy’s voice herself, actress Ashly Burch, to write the “Horizon Zero Dawn” book, as she has had writing experience on RocketJump: The Show, Adventure Time, and Life is Strange: Before the Storm. Here’s an interview with her from Star Wars Battlefront II star Janina Gavankar:

Artistically, it’s harder to think of one artist would be perfect on Horizon Zero Dawn, as the game has so many textures, from the rusted ruins of the Old World, to the mountains, forests and deserts, and the people who adorn their handwoven garments with metal jewelry scavenged from the machines. Fico Ossio, who penciled IDW’s “Revolution,” and is currently doing a stellar job on “Transformers vs. Visionaries,” is clearly adept at drawing both futuristic tribal humans, and large lumbering robots. Our second suggestion would be Indonesian artist Ann Maulina, whose webcomics “Raruurien” and “Varunair” are so dazzingly designed that you just want to see her rendering of the people of Meridian, irrespective of the chosen storyline.

As always, tell us your thoughts in the comments, such as what storylines or characters you’d like to see in a Horizon Zero Dawn comic, who’d you like to see create it, and what other video games you hope We Want Comics to look at in the future. And let’s keep praising the Sun that we’ll see more from Horizon Zero Dawn, whether it’s the sequel or in a book, sometime soon.