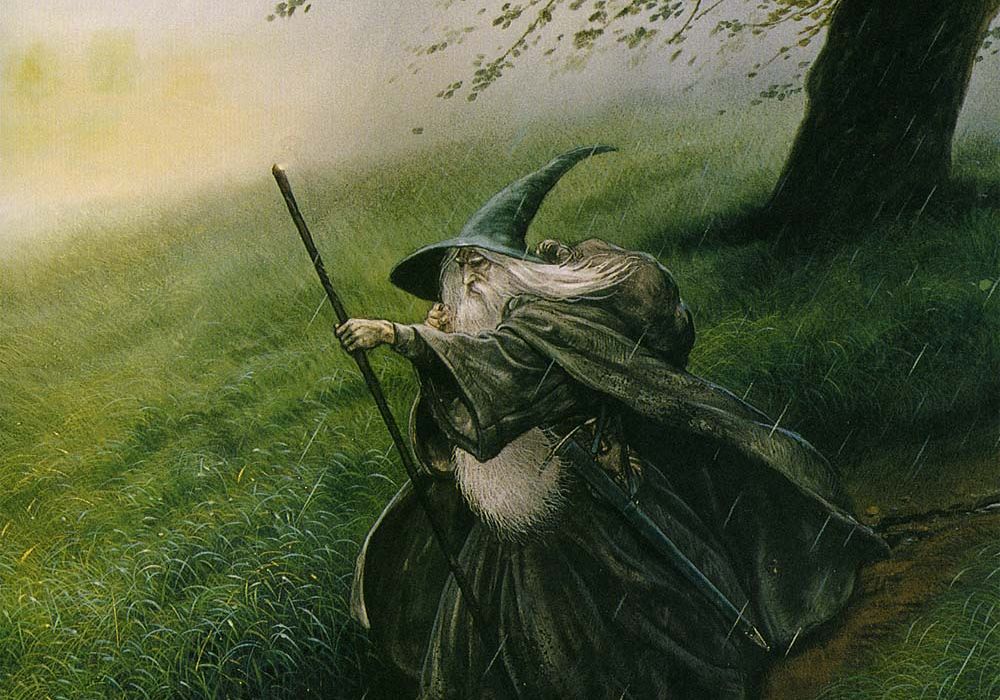 Welcome back to We Want Comics, a column exploring intellectual properties, whether they’re movies, TV shows, novels or video games, that we want adapted into comic books. It’s Christmas, and as everyone who’s read the timeline for The Lord of the Rings knows, that’s when the Fellowship of the Ring set out from Rivendell, so we’re making the case that J.R.R. Tolkien’s Middle-earth is fertile ground for a huge line of comic books. 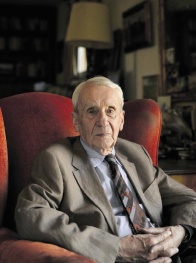 For decades, Tolkien’s son Christopher has guarded his father’s works, believing they were “unsuitable to transformation into visual dramatic form.” Peter Jackson’s film trilogies were only made because those rights were sold to United Artists in 1969. Now 93, Christopher has retired as head of the Tolkien Estate, and the family’s change in attitude has been immediately apparent: they are now overseeing a television series with Amazon Prime set before the events of The Lord of the Rings.

Did Christopher Tolkien consider comic books visual dramatization? It’s possible, given Spanish artist Luis Bermejo’s take (inspired by Ralph Bakshi’s film) was never printed in English, and the apparent cancellation of Brian Wood and Simon Coleby’s tie-in to the 2011 video game The Lord of the Rings: War in the North. However, his father did permit an adaptation of The Hobbit by Ferguson Dewar for Fleetway’s Princess and Girl magazine in 1964, and in 1989, Eclipse Comics published another version by Chuck Dixon and David T. Wenzel, which is still widely available.

In any case, Christopher Tolkien’s views are now irrelevant, and it’s time now for Tolkien’s mythology that spans thousands of years to be made accessible to comics creators. We would imagine they would make another stab at adapting The Lord of the Rings, in addition to translating and reprinting Bermejo’s version, which is the approach Dynamite have taken with Ian Fleming’s James Bond books. They also ought to consider adapting The Silmarillion, and its spin-offs The Children of Hurin and The Tale of Beren and Luthien. There are countless other stories which Tolkien outlines in the Appendices that could provide rich source material for original comic books, events like:

– The coming of the Wizards: There are about 3000 years between Sauron losing the Ring and the events of The Lord of the Rings, and it was 1000 years after his defeat that he reemerged, roughly at the same the Wizards arrived in Middle-earth to help stop him. Gandalf and Saruman’s first interactions with the Peoples of Middle-earth would be fun to read, but more intriguing is the story of the Blue Wizards – Alatar and Pallando – who ventured east, never to be seen again. It would open the opportunity to explore the Easterlings or Haradrim, who remain culturally sketchy. 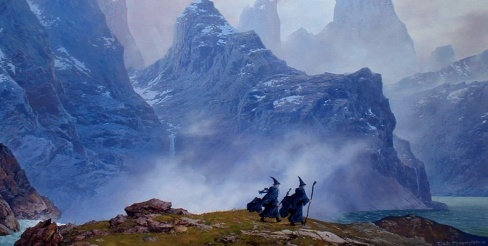 – The Fall of Arnor: The decline of Gondor’s northern sister kingdom Arnor takes place over centuries, with it fracturing into three states that were preyed upon by the Witch-king of Angmar’s forces. The conflict with the Witch-king (which formed the basis for the video game expansion The Battle for Middle-earth II: The Rise of the Witch-king) culminates in King Earnur‘s tragic obsession with bringing him down, which could be haunting if conveyed properly. 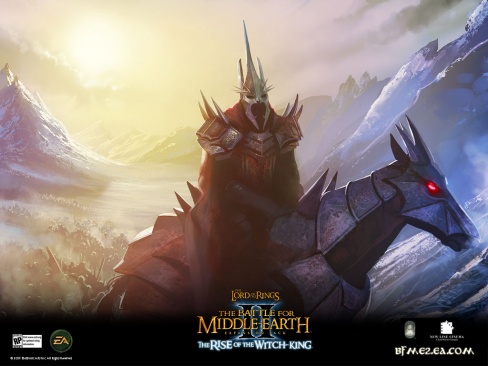 – The Kin-strife: A civil war that happened about 1500 years before The Lord of the Rings, the Kin-strife erupted over King Eldacar‘s mixed ancestry. Though he managed to regain control of the throne, the conflict began Gondor’s decline, and Eldacar’s enemies’ descendants continue to plague the country as the Corsairs of Umbar. This tale is particularly fascinating, as it feels like a gritty story George R.R. Martin would write, being about dynastic resentment and racism rather than a battle between good and evil.

The Corsairs of Umbar in 'The Lord of the Rings: The Return of the King'

– The Great Plague: Basically Tolkien’s version of the Black Death, the Great Plague is the second great disaster to befall Gondor, one that also devastates the Shire. It’s a way to tell a darker, smaller and more intimate story, one that could provide insight into Gandalf’s affection for Hobbits, as he may well have been present. As an aside, Gandalf is described in The Hobbit as taking many Hobbits on adventures to far-off places, who knows what that must’ve been like for them. 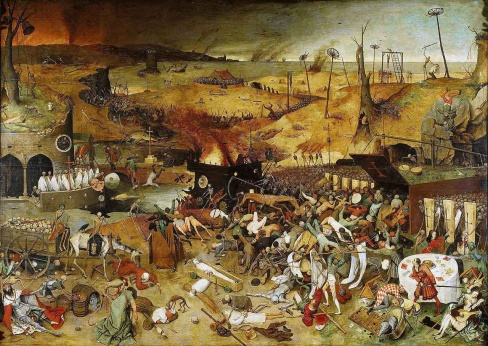 'The Triumph of Death' by Pieter Bruegel the Elder

– The founding of Rohan: Roughly 500 years before The Lord of the Rings, riders from the north, led by Eorl, came to Gondor’s aid after they were invaded by the Balchoth tribe of Easterlings. After swearing an oath of alliance, where both countries would come to each others’ aid when called upon, Eorl’s men were rewarded with Gondor’s northwest territory. However, that leads to the displacement of the Dunlendings, and the Wild Men, whom they don’t even realize are human, which would offer the chance to write a thoughtful take on colonialism. 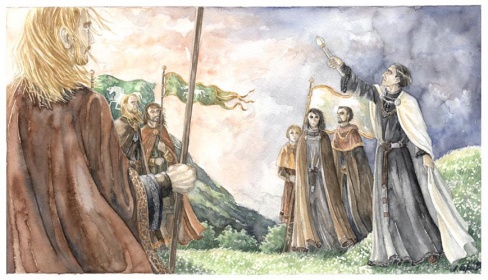 'The Oath of Eorl' by Anke Eissmann

– The Long Winter: Lasting through the whole year of 2758, the Long Winter sees Rohan invaded by Dunlendings, and King Helm “Hammerhand” of Rohan get holed up at the fortress of the Hornburg. His story, which is the reason the Hornburg becomes known as Helm’s Deep, sounds like an artist’s dream, as King Helm clads himself in white and goes stealthily stepping around camps dispatching his enemies. Meanwhile, the Corsairs and Haradrim take advantage, raiding Gondor as the Rohirrim are unable to ride to their rescue, and starvation and wolves descend on the Shire, so there’s much crossover potential with this event. 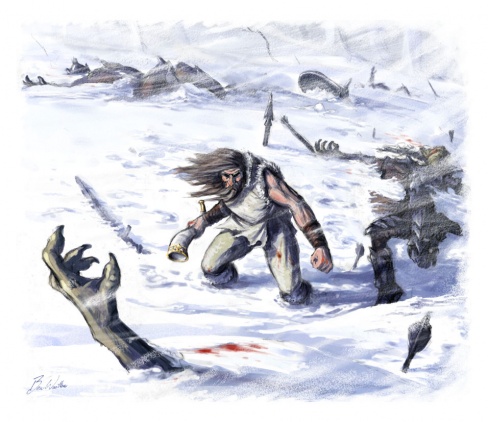 – The Tale of Aragorn and Arwen: Aragorn and Arwen’s story is ripe for exploration. It’s worth asking why of all the Men in her lifetime, did she forsake immortality for him? The loss of her mother, about 500 years before she meets him, could have something to do with that. Young Aragorn’s adventures, where he served as a soldier (with the pseudonym Thorongil) under King Thengel of Rohan and Steward Ecthelion II of Gondor, as well as his journeys into the east, are also perfect for serialization. There’s also mention of how King Elessar and Eomer often rode together in the years after The Lord of the Rings to further put down remnants of Sauron’s army, which would be helpful to anyone who wanted to write a sequel. 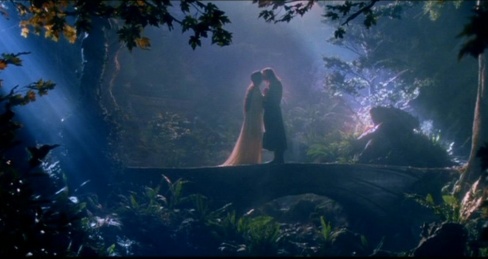 – Durin’s Folk: From their accidental reawakening of the Balrog in Moria, their struggles to establish a new homeland in the dragon-infested Grey Mountains, and their doomed attempts to reclaim Moria from the Orcs, the history of the Dwarven tribe Durin’s Folk is long, tragic and captivating. What we learn about Balin’s attempt to reclaim Moria in particular sounds like the Middle-earth version of a horror story, so it could be devastating as a graphic novel.

– War in the North: The Dwarves of Erebor, along with the Men of Dale, Galadriel’s Elves, and the Mirkwood kingdom are all attacked during The Lord of the Rings. A writer could have much fun imagining what Dwalin, Bombur, Gloin and all the other surviving Dwarves from The Hobbit do during what is effectively the sequel to the Battle of the Five Armies. 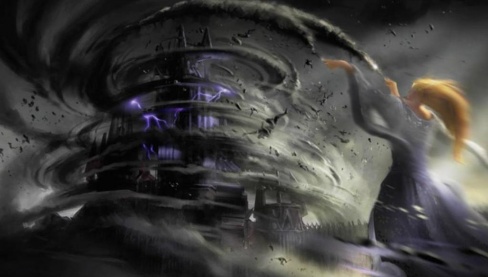 Galadriel destroying Dol Guldur in The Battle for Middle-earth II

There are countless other events we can name that can provide the basis of an excellent comic, like the Battle of Greenfields (aka the invention of golf described in The Hobbit), or the desertion of Ithilien. The protagonists of these stories don’t always need to be kings or nobles either. Recall how The Lord of the Rings: The Two Towers took time out to convey the plight of a Rohirrim family after the burning of the Westfold: imagine that with all these storylines Tolkien conceived. A book from the point-of-view of a Dwarf woman, for example, would be unique, to say the least.

There are many excellent writers and Tolkien lovers who would find themselves drawn to the opportunity to tell stories in Middle-earth. To name a few, there’s Kieron Gillen, Jason Aaron, Saladin Ahmed, and Noelle Stevenson, some of whom have, tellingly, written Thor for Marvel. Journalist Vann R. Newkirk II is a huge Tolkien fan, and could make the leap to fiction like his Atlantic compatriot Ta-Nehisi Coates, or io9’s Evan Narcisse.

It’ll be exciting to see others build on Tolkien’s world. Despite his devout Catholic faith, Tolkien’s characters often appear irreligious. What’s religion like in Middle-earth? Is environmentalism – another major Tolkien preoccupation – a big part of it? Do the Anglo-Saxonesque Rohirrim worship multiple gods? Similarly, what’s the literacy rate like? Have Dwarves invented the printing press? Are there sports other than golf? How often do the different races bathe? Is there a criminal underworld? Are there brothels? (Sex and sexuality is not something Tolkien would’ve dared explore, though he was “deeply engaged” by the work of LGBTQ author Mary Renault.)

Artistically, Colleen Doran is a well-known Ringer (check out her drawing of Glorfindel fighting the Balrog!) and would be a fine choice to pencil such an undertaking. We also think Yanick Paquette (“Swamp Thing”), Liam Sharp (“Wonder Woman”) or Sana Takeda (“Monstress”) would be terrific too. Paquette and Sharp have a great understanding of the natural forms that the Elves venerate, while you only need look at Takeda’s work on “Monstress” to imagine her drawing Gondorian or Dwarvish architecture.

Publishers should also look at some extraordinary European pencilers/colorists untapped by English publishers: on Soleil Productions’s fantasy titles, creators like Duarte & Saito (“Elfes”), Thierry Démarez & Nicolas Bastide (“Marie of the Dragons”), Jacques Lamontagne (“Les Druides”) and Bertrand Benoît (“Oracle”) have all demonstrated the expertise to depict Middle-earth’s peoples and landscapes as breathtakingly as possible. It would also be great to see more esoteric Middle-earth books from artists like David Mack, or (this is admittedly highly improbable) Jonathan Hickman. Imagine a “Nightly News” take on Tolkien resembling like one of his maps or an art book for the films: 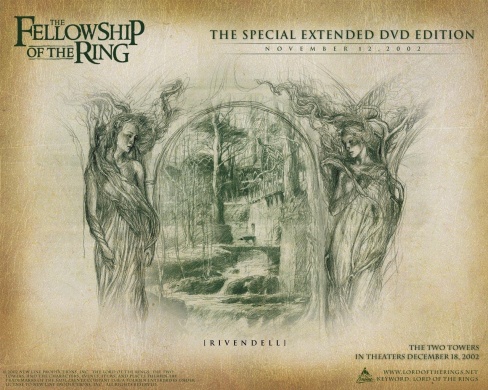 So, what stories from Middle-earth would you like to see portrayed? Do you think someone should adapt John Boorman’s abandoned screenplay from the 1970s (which if you haven’t read, is absolutely bonkers)? Is it time Rebellion reprinted Fleetway’s version of The Hobbit? Or do you find this whole notion folly? If you’re feeling inspired, perhaps you can inquire with the Tolkien Estate about Middle-earth comic books at http://www.tolkienestate.com/en/paths/contacts.html One does simply walk into a comics shop expecting to see Tolkien comic books, after all. 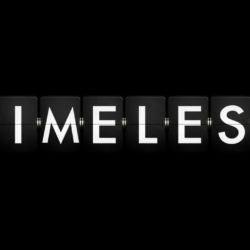 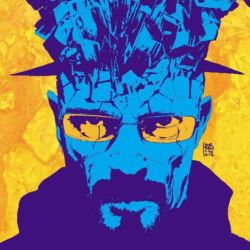 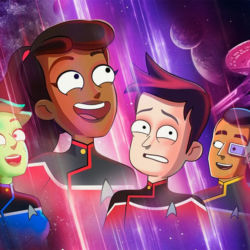