Welcome back to We Want Comics, a column exploring intellectual properties, whether they’re movies, TV shows, novels or video games, that we want adapted into comic books. This week, instead of dedicating a whole column to one property I love, I’ll be musing on several films/series that have been on my mind lately, many of which have already been adapted into comics. This is We Want Comics for the month of May 2019. 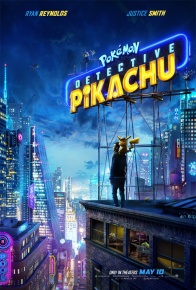 The first live-action Pokemon movie, which came out this weekend, has been a moderate hit at the box office and with critics (it’s widely considered the first decent video game movie). No doubt Warner Bros., Legendary and The Pokemon Company are rubbing their hands with glee at the prospect of more genre movie mash-ups (like that Ancient Egyptian setting teased at the film’s start), and it could undoubtedly lead to an expansion of the franchise in English-language comics as well.

Legendary already have a graphic novelization of the film due for release in July, and telling Lucy Stevens (Kathryn Newton)’s side of the story would be a good way to continue expanding on the film’s world. Lots of millennial comics writers and artists who grew up on Pokemon are probably chomping at the bit to explore life in and around Ryme City.

I Am Not an Easy Man 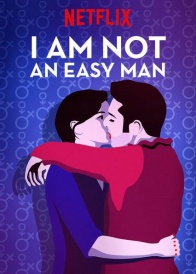 Speaking of worldbuilding, I Am Not an Easy Man is a striking French Netflix Original film I saw recently that offered a truly unique take on the usual genderswap story, telling the story of a man who wakes up in a world where women are masculine and men are feminine. To wit, women were hunter-gatherers, men typically stay home to look after children, men wax but women don’t, Muslim men wear hijab, women are terrible in bed, and on and on. The prospect of a mainstream comics publisher acquiring the license to a foreign language film is incredibly unlikely, but I’d love to see creators watch the film and take inspiration from it for their own gender bending narratives.

We recently learned Ubisoft’s hacking video game franchise Watch_Dogs (which turns five years old this month) was in fact adapted into a French comic back in 2016. The comic, written by Simon Kansara with art by Horne, introduced a Brazilian hacker named Sauda, and will be published in English by Titan Comics in July.

Hopefully the translation will lead to more comics: I’d love an ongoing with stories ripped straight from the headlines, or a miniseries fleshing out Watch_Dogs 2’s heroic quintet Marcus, Sitara, Wrench, Josh, and Horatio. The ideal choice for writer is Kelly Thompson, whose sadly cancelled “West Coast Avengers” run read like the fun spin-off we all deserve. 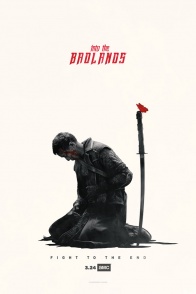 AMC cancelled its post-apocalyptic martial arts series ahead of this month’s third season finale, turning it an unsatisfying ending for the whole show. Into the Badlands was a frustrating series – it generally mistook killing off female characters for gravitas – but it deserves a proper conclusion, without leaving two of its lead characters in limbo. The teased introduction of gun fu in the show’s final scene should make drawing the action a lot more enticing for any artists approached to do the project. 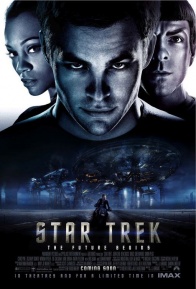 J.J. Abrams’s 2009 Star Trek reboot recently turned ten years old, and with it, the reminder that a fourth film in the new universe is still in development hell, following the cancellation of S.J. Clarkson’s sequel. That movie, which was meant to be released this year, would’ve seen Chris Pine’s Captain Kirk reunited (somehow) with his dead father George (played by Chris Hemsworth). Given Paramount will prioritise Quentin Tarantino’s project now, it’d be fantastic if the story of Clarkson’s movie came to life as a comics arc instead.

It’s also a little surprising the classic series episode “Obsession” was never adapted for IDW’s previous tie-in comics, given how easily the story could be canon for both versions of James T. Kirk, so that’d be another rich picking for a revived ongoing. 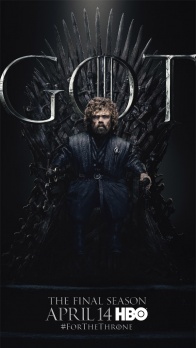 HBO’s landmark adaptation of George R.R. Martin’s A Song of Ice and Fire concludes its divisive eighth and final season this week, but whatever happens, I’ll always wonder what a true Thrones comic book tie-in would look like. Trouble is, what would you do? Depict events from the books not used on the show? That’s what Dynamite’s ongoing version of the book is presumably doing. Prequels? HBO is planning multiple spin-offs, with a cast already set for the one overseen by Jane Goldman.

Probably the best thing to do would be a “Star Wars: Age of Rebellion” style character anthology, for every writer who’s ever carried a Bronn or Brienne story in their heads: it would be a fond collaborative tribute to the overall great ride we’ve had.

As always, be sure to share your thoughts in the comments, and stay tuned in two weeks time for a special Game of Thrones-inspired edition that will truly put the “We” in We Want Comics.