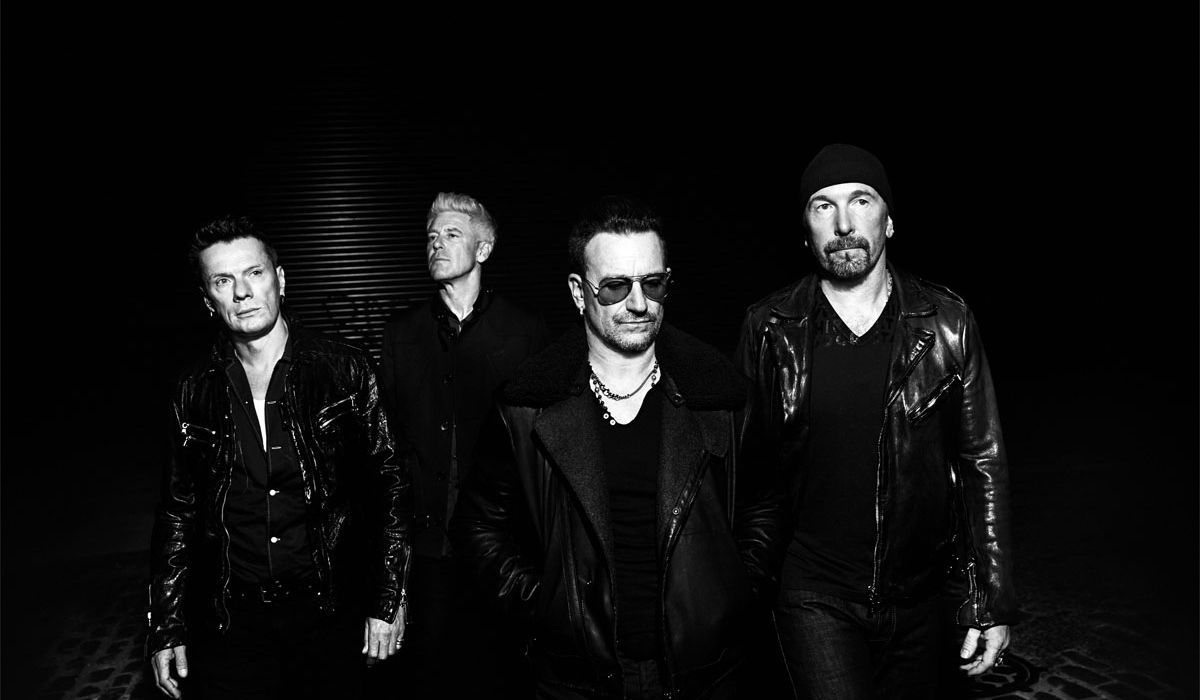 Welcome back to We Want Comics, a column exploring intellectual properties, whether they’re movies, TV shows, novels or video games, that we want adapted into comic books. Today we’re looking at the Irish rock band U2, whose first EP Three turns 40 this month: love them or loathe Bono, U2 have recorded some of the best music albums of all time, and their live act is the stuff of legend (I would know, I saw them a decade ago). So without further ado, here are several ideas for comics inspired by the music and stories of Bono, Adam, Edge and Larry.

We’re starting big: when people talk about U2’s legendary live act, this is what they’re thinking about. U2’s 1992 – 1993 tour in support of Achtung Baby and Zooropa was a dazzling and elaborate event that emphasized large satirical media displays, designed to bring spectators to the point of sensory overload. Bono himself created no less than three stage personas for the tour: the egomanical rock star the Fly; the greedy American shyster Mirror Ball Man; and the demonic Mr. MacPhisto, a raconteur who delighted in making prank calls to local politicians. MacPhisto in particular was an amazing character, who absolutely deserves his own spin-off. Just think in-universe for a moment: how the Hell did a demon become part of a 3/4 Christian rock group’s world tour? 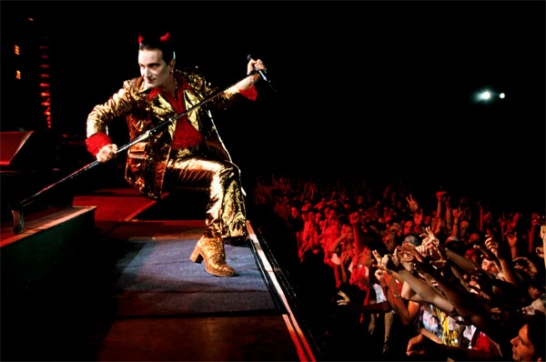 Bono as Mr. MacPhisto in 1993. (Pictures Ltd./Corbis via Getty Images)

U2 were deeply concerned about the conflict in Bosnia during the ’90s, regularly linking up for reports from there by aid worker Bill Carter during ZOO TV performances, leading to the documentary film Miss Sarajevo, and the subsequent song featuring Luciano Pavarotti. U2 were the first major artists to hold a concert in Sarajevo after the war, and the performance was a huge moment of reconciliation and unity for Bosnians: I would love to read someone’s illustrated memoir of that day and the months leading into it, either from those who made it happen, or from those who attended it.

Let’s turn the clock back to 1976, when Bono (Paul), Edge (David), Adam and Larry were teenagers at Dublin’s Mount Temple Comprehensive School, who got together after Larry put up a notice asking if anyone wanted to join his band. There’s a lot of important events in the band’s early life that a graphic novelist could explore, from Edge and Adam constantly being on the move (the two weren’t born in Dublin), to the death of Bono’s mother two years before – and then there’s the backdrop of the Troubles. All of these placed into context could make for a compelling and poignant coming-of-age story. 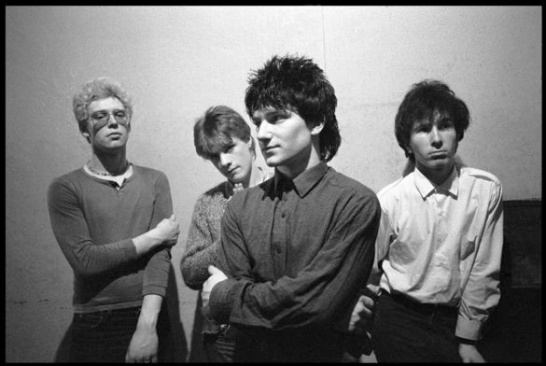 The Ballad of Bono and Ali

Continuing on, Bono and his wife Ali Hewson have been married since 1982, having known each other since they were teenagers. By Bono’s admission, it hasn’t always been an easy marriage – he infamously forgot her birthday while recording The Joshua Tree, leading him to write “Sweetest Thing” as an apology. It’d be great to explore these difficulties, and the blessings of the formative years of their marriage, during moments like that incident, to Live Aid, the subsequent humanitarian trip to Ethiopia, and their 1986 visit to Nicaragua and El Salvador, where they met peasants who were affected by the regional conflicts at the time (which inspired the Joshua Tree tracks “Bullet the Blue Sky” and “Mothers of the Disappeared“).

The flipside of illustrating what inspired U2’s music is letting a visual artist show how they heard their lyrics. I’ve always been fascinated by the Anton Corbijn-directed video for “One,” which transformed a song about the band’s interpersonal conflict into the tale of an East German drag queen trying to reconcile with their father after the fall of the Berlin Wall (or at least, that’s how I see it):

I’d love to see an anthology of similar visual interpretations: for example, could “Walk On,” a song originally about Aung San Suu Kyi, be reclaimed for the Rohingya? Some songs, like “Until the End of the World” (which is about Judas and Jesus meeting in the afterlife), would be more difficult to reinterpret, but it’d still be awesome to see them officially illustrated.

Spider-Man: Turn Off the Dark

Look, we can’t talk about U2 on a comic book site and not bring up the disastrous Broadway musical Bono and Edge composed, OK? So how about it U2 and Marvel? You could go meta, and get someone like Chip Zdarsky and Ryan North to write the story of Spidey learning U2 are composing a musical of his life, only to see the ol’ Parker luck leave the production increasingly unable to rise above its delays, budget issues and on-stage injuries. At the end of the day, “A Freak Like Me (Needs Company)” deserves a much greater place in the Marvel canon. 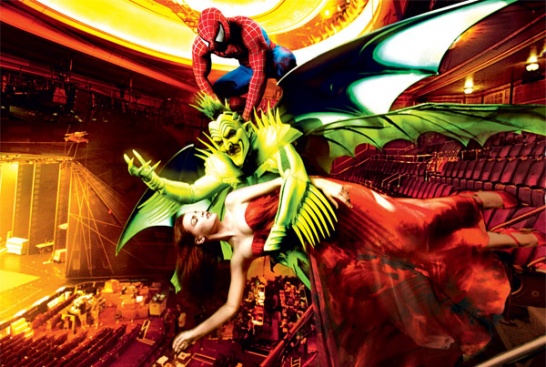 So speaking of comics creators, it is a little hard to think of people who’d be perfect for a U2-related project: the band simply aren’t considered cool anymore, especially after the 2014 iTunes fiasco (despite 2017’s Joshua Tree Tour being the year’s highest-grossing tour, which shows how insular social media can be, but I digress). I had thought of Steve Orlando as being ideal for an expanded version of Anton Corbijn’s take on “One,” given how his books “Crude” and “Virgil” explored LGBT lives outside the US, and Mitch Gerads as being perfect for something inspired by ZOO TV, since his art in “Mister Miracle” was often the definition of sensory overload. Ultimately, given any U2 comic book will benefit the band’s philanthropic efforts, the door should be open to anyone who’s willing to help.

Stay tuned for our next We Want Comics column, when we’ll be looking at more musical favorites. 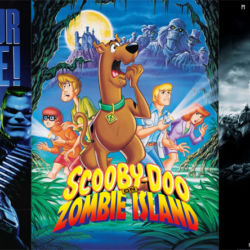 Welcome back to We Want Comics, our column exploring the world of licensed comics. This month, Chris ponders the possibilities for several animated series and films he’s been enjoying in lockdown, and some more random films that’s been on his mind lately. This is We Want Comics for February 2021.SoulAmazingly, Pixar’s Soul was released on […] 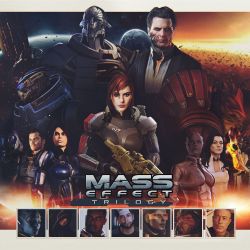 With yesterday’s announcement of the new Mass Effect: Legendary Edition debuting on May 14, 2021, please enjoy this look back at the (additional) comic possibilities from the franchise from 2018.  Happy N7 Day, and welcome to a special edition of We Want Comics – the column speculating about all our favorite intellectual property licenses – on […]