Whoniversity returns! For longtime readers of the site, you’ll know that we previously ran a series called ‘Whoniversity,’ which was a look at all things Doctor Who-related. Well, that column is set to return later this month from Multiversity staffers Kate Kosturski and Richard Pennifold! To kick things off, we’ve got a quick Q&A with current “Doctor Who: The Thirteenth Doctor” scribe Jody Houser, done by our own Matthew Ledger and Daniel Balyeat, and featuring an exclusive page from the fourth issue of the series, which drops today. Check out the preview of the issue at CBR, and check back later this month for the first proper installment of Whoniversity, Season 2. 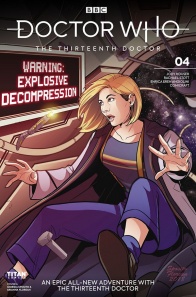 Time-twisting finale to the debut arc of the Doctor’s new comic from Jody Houser!

So of course, we have to start with the obligatory lead-in question: Are you big Doctor Who fans? If so, what drew you to the franchise, and what’s the “hook” that excites you about the Doctor?
Jody Houser: I first saw the Eighth Doctor movie in the 90s on TV, then fell in love with New Who when it started airing in the US. I love the adventure and hope of the series, that there’s always something new and exciting around the corner, and that a mad alien in a box can be such a force for good throughout the universe.

Which of the Thirteen Doctors would you rank as your own personal favorites?
JH: It’s the popular answer, I feel, but Ten is still my favorite.

Jodie Whittaker’s Thirteenth Doctor is very new, having appeared on-screen for only a few minutes at the time of this writing. How does it feel to essentially work alongside the showrunner, writers, and actors as they create this character and her companions? Has this series presented any unique hurdles or opportunities as a result?
JH: Having not only a new Doctor, but three new companions makes for a bit of a struggle when you don’t have extensive examples of everyone’s voices yet. Luckily, we got to sneak a peek at some of the script pages early on, and as more episodes air, we learn more and more about both the Doctor and her friends.

Are there any classic Who characters or adversaries you’re itching to include? And on the opposite end of that question, are there any new characters or concepts you can’t wait to add to the Who-niverse?
JH: I had SO much fun writing Missy for the Road to Thirteen backup. I would love to do more with her. 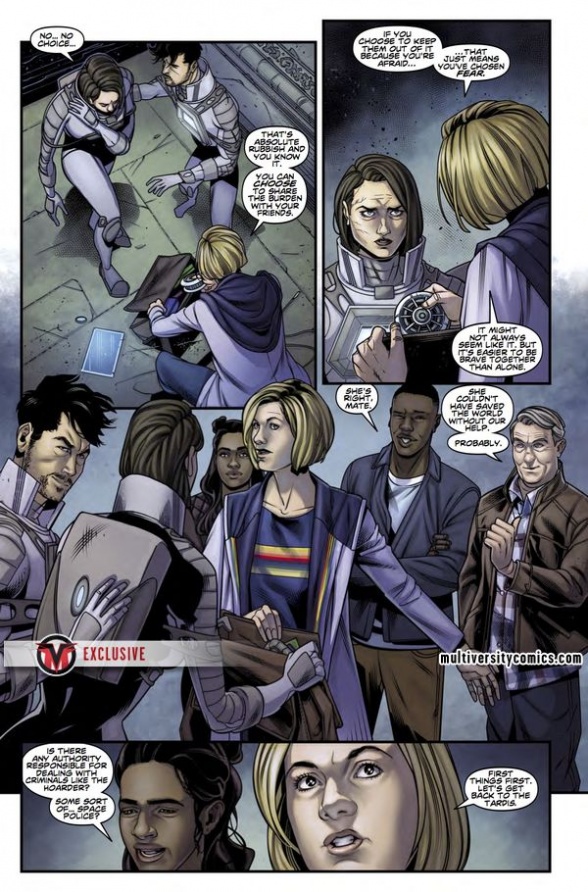 Titan is the home for all things Doctor Who in the comics world, and that has not changed with the release of the new “Thirteenth Doctor” series. In fact, Titan has pared down its once-prodigious line of Who comics to give full attention to the new series. Written by Jody Houser (“Faith,” “Mother Panic”), the […]

Who-niversity: April – Doctor Who: Let’s Turn Things Up To Eleven

In addition to being a Multiversity staffer and podcaster, Chris Thompson is the brand manager for Doctor Who’s publisher, Titan Comics.For those in the know, one of the annual highlights of the “Doctor Who” calendar is the well-established Gallifrey One convention in Los Angeles. A lot of people are surprised to discover the premier celebration […]

Who-niversity: March – Doctor Who: Party Time on Gallifrey One

In addition to being a Multiversity staffer and podcaster, Chris Thompson is the brand manager for Doctor Who’s publisher, Titan Comics.For those in the know, one of the annual highlights of the “Doctor Who” calendar is the well-established Gallifrey One convention in Los Angeles. A lot of people are surprised to discover the premier celebration […]