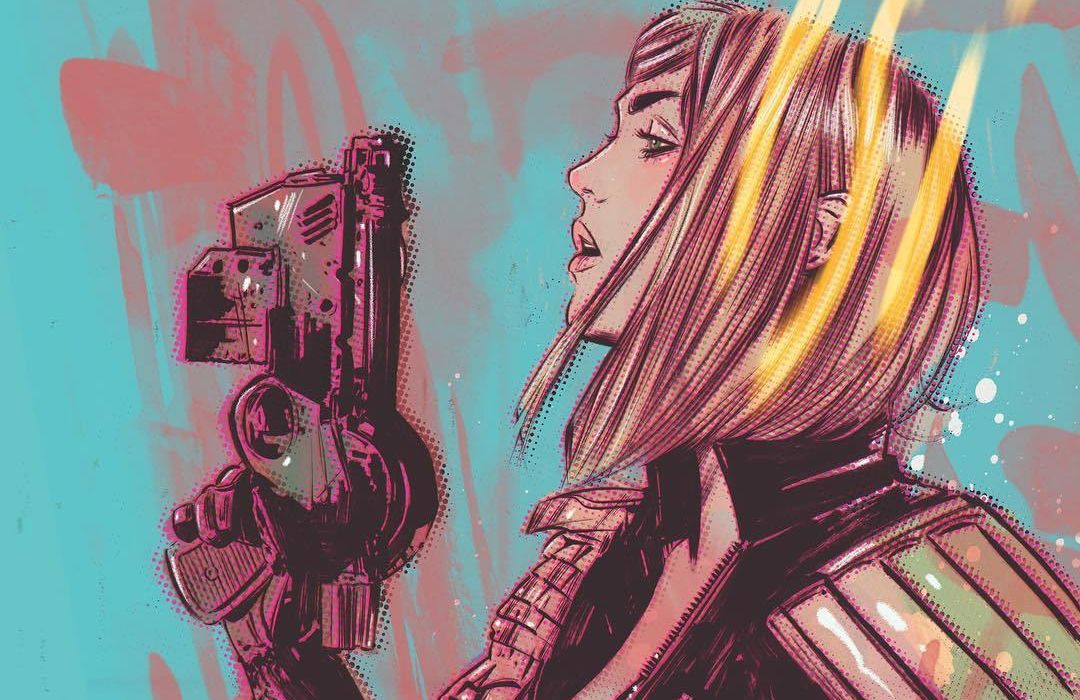 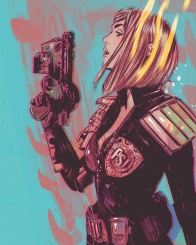 Judge Anderson by Tula Lotay
“2000 AD” has always been about the future, so it’s not a huge shock to see them creating it. According to The Hollywood Reporter, the magazine’s summer “Sci-Fi Special” will feature an all-female creative team headlined by Alex Di Campi (“Twisted Romance”, “No Mercy”), Tillie Walden (“Spinning”), and Katy Rex (“Doctor Who”, “Charmed”). The issue will also include work by Maura McHugh (“Witchfinder: The Mysteries of Unland”) and Laura Bailey (“Sister Sabia”), as well as covers by Emily Zeinner and Tula Lotay (“All-Star Batman”).

The special is the first all-female publication in “2000 AD”’s over 40-year history, and is part of what appears to be an increasingly experimental and boundary-stretching year for the publisher. As The Hollywood Reporter notes, “2000 AD” will also release a superhero-themed special this August, featuring classic British characters from the ‘70s and ‘80s, and will release another “Scream & Misty Special” near Halloween, building on the success of last year’s issue. Additionally, the publisher’s 2018 Free Comic Book Day issue, ‘2000 AD Regened’, has been promoted as a humorous, all-ages attempt to pick up new readers. It seems “2000 AD” is in the business of trying new things in 2018, which is a not entirely surprising, but incredibly welcome, business strategy.

The “Sci-Fi Special” drops at a time in which, for a variety of reasons, diversity and inclusiveness are on the forefront of many comics readers’ minds, and is a welcome step toward promoting talented female creators and giving them a crack at previously male-dominated series like “Judge Dredd” and “Rogue Trooper.” Expect additional creators and story-specifics to be announced later on in 2018, in the run-up to the issue’s June 20 release.