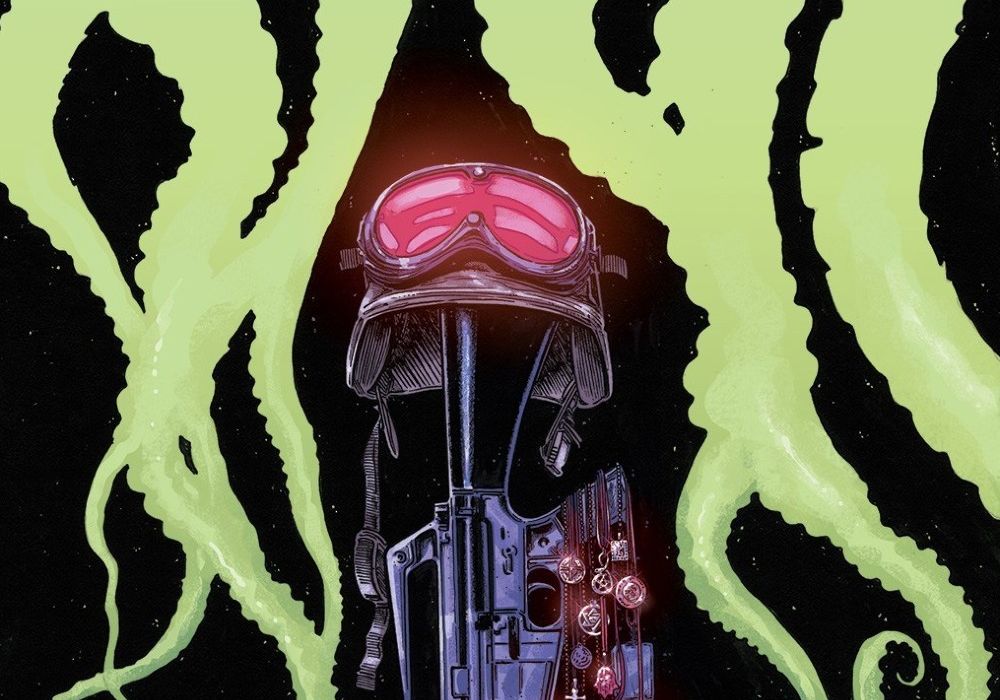 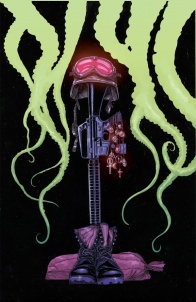 The focus of the series is Philip Alhazred, an Arab-American Army Reservist and folklore expert who finds his beliefs challenged when faced with the monsters of myth. “He struggles with his faith,” Sable told The Hollywood Reporter. “In part because the War on Terror is largely targeting Islamic insurgents — he feels his loyalty and patriotism being questioned. And on a deeper level, despite the religion he was born into and his expertise in mythology, he doesn’t really believe in the supernatural.”

The series’ concept was birthed from Sable’s additional career as a futurist. Sable works with The Atlantic Council’s Art of Future Warfare project, a group made up of representatives of the arts, military, intelligence, scientific, and policy communities to envision the future of war. “And in my case,” Sable says, “I hope to prevent it.”

“Godkillers” #1 joins “The Man Who F#%&ed Up Time” #1 on AfterShock’s February new release slate, coming to comic shops and digital stores on February 19th. You can find preview art and a full interview at The Hollywood Reporter.