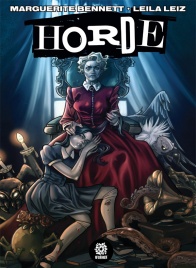 AfterShock Comics have released a first look at Marguerite Bennett and Leila Leiz’s upcoming original graphic novel “Horde.” The new horror comic tells the story of Ruby Ando, a woman trying to reconnect with her estranged mother, a hoarder who lives alone in her home. Ruby soon discovers her mother has become possessed by her own possessions, and embarks on a quest to free her from the Horde, who have now turned her home into a maze from which there may be no escape.

In the press release, Bennett describes this as a personal story: “I think the great evils of the world have always begun with the treatment of people as things. Even in this raw nerve of a familial melodrama, this is the crux – all the suffering, all the frenzy and madness and emotional climax all stem from this. Separate from the tragedy of mental illness is the deliberate dehumanization of human beings.

She elaborates, “Anyone who has felt ‘collected,’ dehumanized, disposable, tokenized may relate. The struggle to define and then seize your own self-worth, to prove yourself to others but especially to the ones who ought to love you above all things is a vicious battle. Ruby is the fear of every overachieving child desperate for love and recognition, filled with anger and grief and still that longing for one last chance.”

On working with Leiz, Bennett commented, “The script was so monstrously demanding in its density and emotion and madness, and she absolutely killed it. All the detail, all the loveliness with which she renders even the most grotesque things is what makes the book something special, without question. I crammed in so many reference photos, everything from how fashion informed character to the obscene taxidermies scuttling around Mia’s basement, and Leila made them more elegant and terrifying than I could have ever imagined. SHE is the reason this book exists.” Now without further ado, here is Leiz’s artwork from the book, due out October 16: 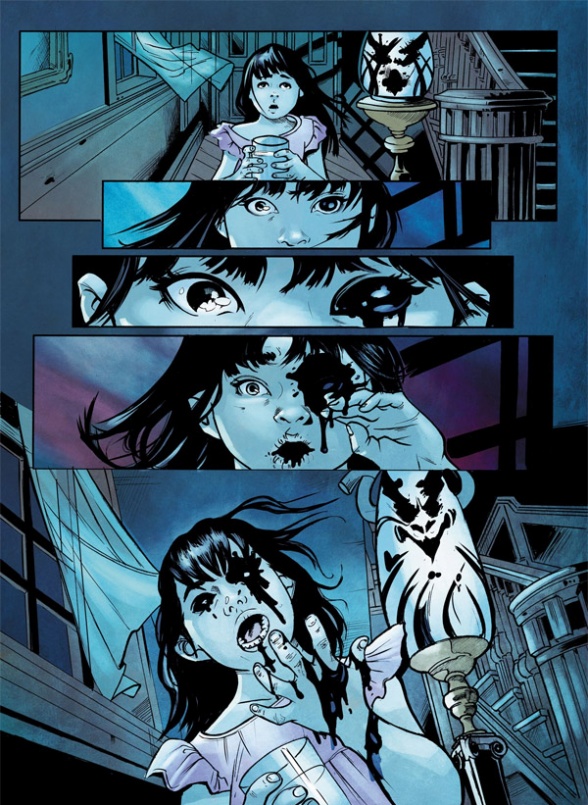 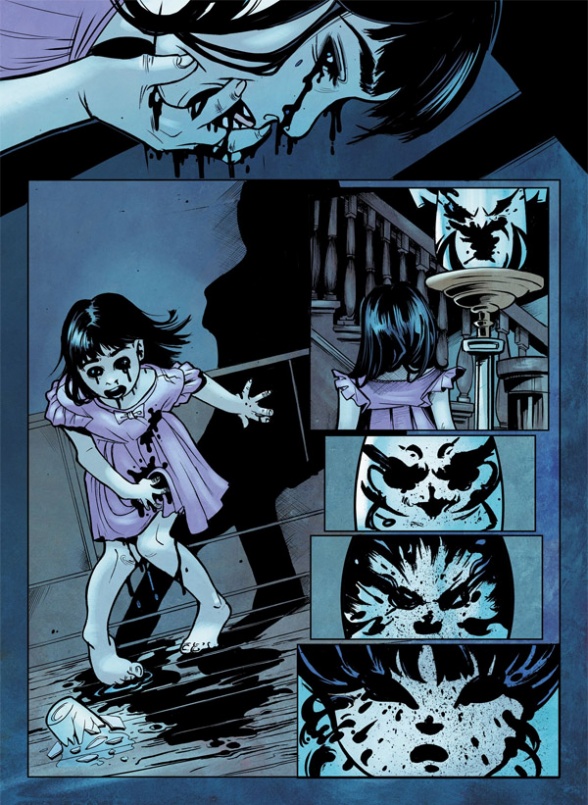 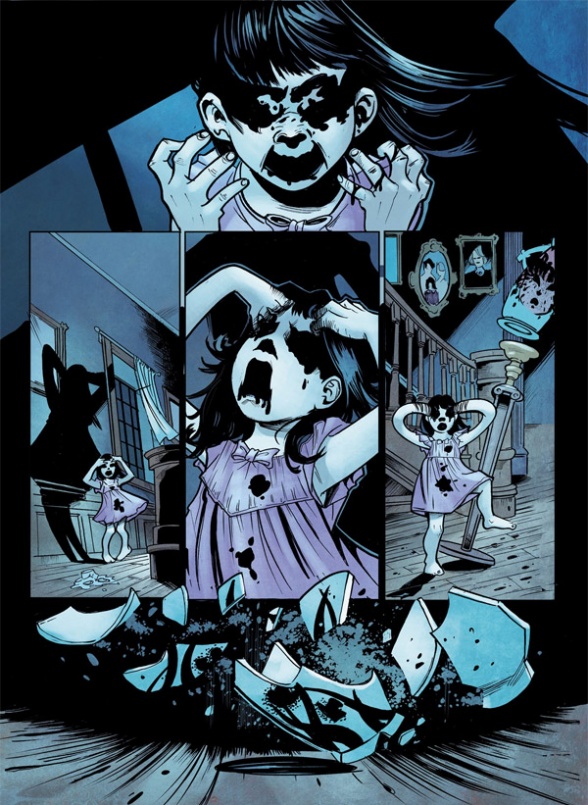 After the death of her father, Ruby Ando tries to reconnect with her estranged and isolated mother, whose hoarder house is a nightmare labyrinth of secrets and dangers. All the love Ruby was never shown she sees her mother lavish on her treasures and trinkets, the possessions that possess her. But when Ruby desperately tries to free her mother, the house wages war, ensnaring both women within its maze. Brought to hideous and twisted life by a mother’s love, the “Horde” is determined to purge Ruby from the collection—or see her join it forever.

Brought to life by Marguerite Bennett (ANIMOSITY, DC’s Bombshells, Batwoman) and Leila Leiz (ALTERS, Nvrlnd), HORDE is a haunting, housebound horror story about the things we let control us. 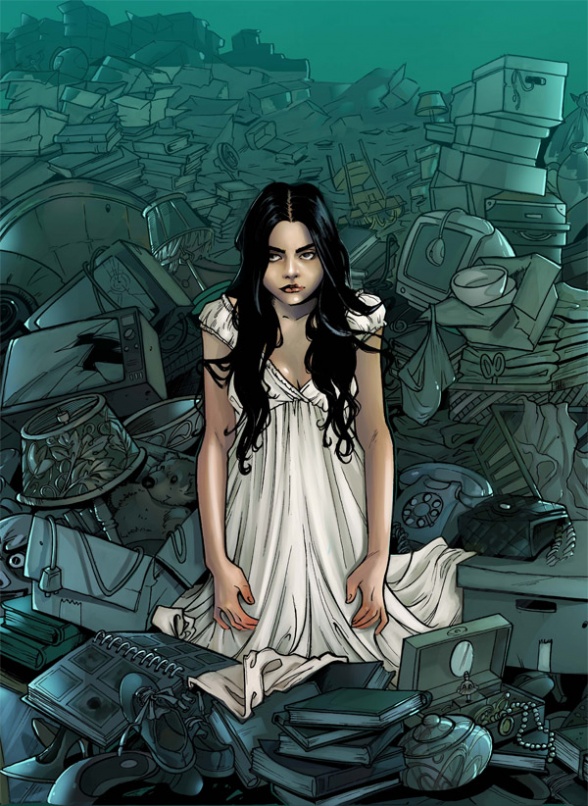