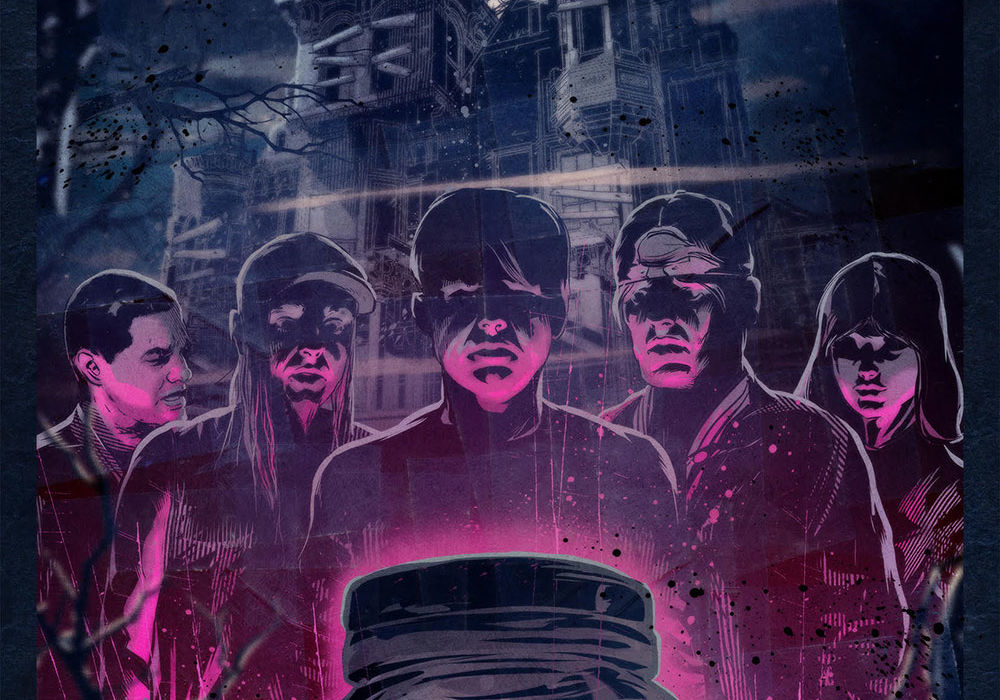 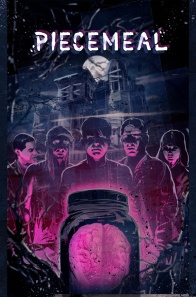 AfterShock Comics have announced “Piecemeal” by writer Cullen Bunn, artist Szymon Kudranski, and letterer Marshall Dillon, the first in a series of AfterShock alumni-helmed one-shots. Bunn has previously worked at AfterShock on six titles including “Dark Ark” and “Knights Temporal,” while Kudranski has worked on “Black-Eyed Kids.”

“Piecemeal” will follow five high school kids as they venture into the Nightmare House, a “crumbling old house” that is at the heart of local legends. Inside, they find a human brain floating in an unknown liquid, which one of the kids, Jamie, takes home, setting an “otherworldly force” on their trail as it seeks to rebuild its body.

In the press release, Bunn stated “I’ve used this new format as an opportunity to do some different things with the storytelling. There are some elements of this tale that I think will open up the possibility of a lot of discussion among readers.” He also detailed how he “drew on my own high school days and my own weird experiences,” specifically him and a friend finding “a bunch of weird bones, all carved into strange shapes, in an old, crumbling house in the woods,” as well as “things that worried me and scared me when I was a teen.”

“Piecemeal” will be released in its 48-page prestige format on December 9.

The preview pages and full press release are as follows. 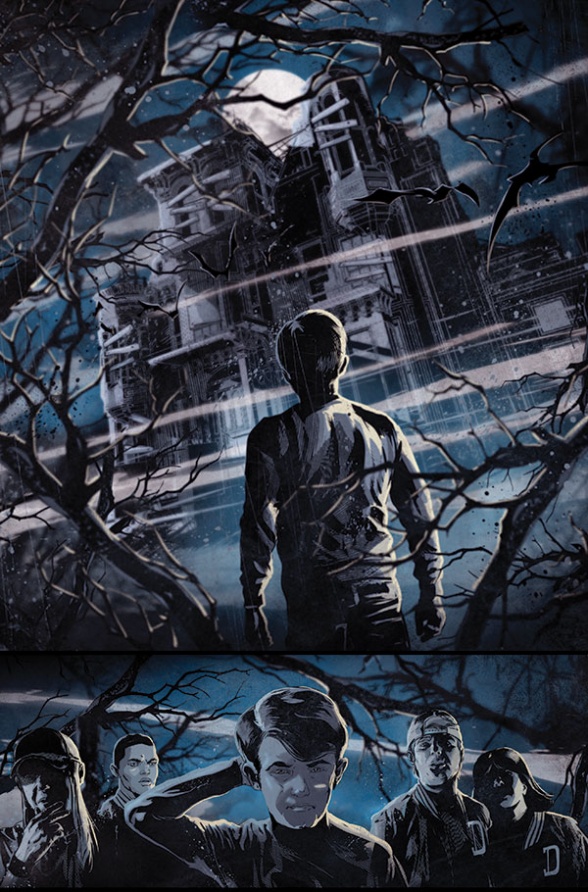 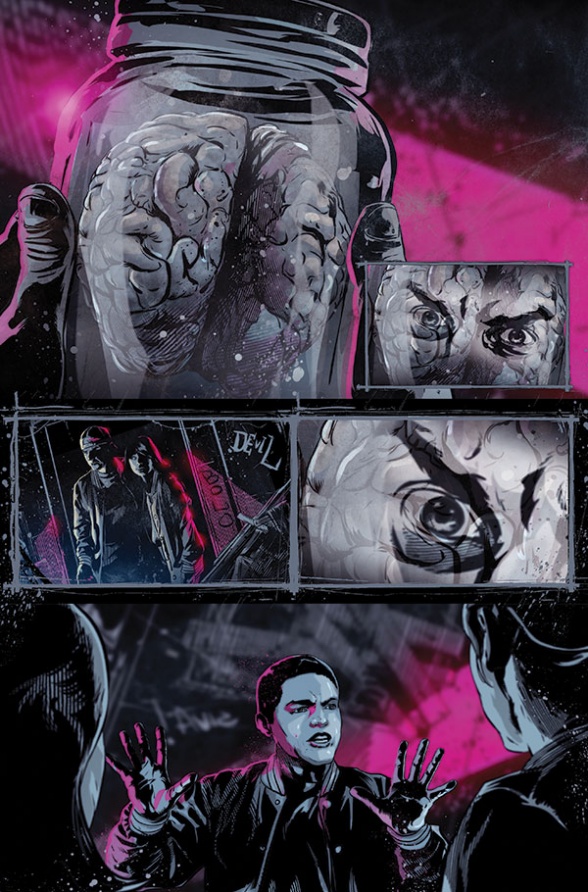 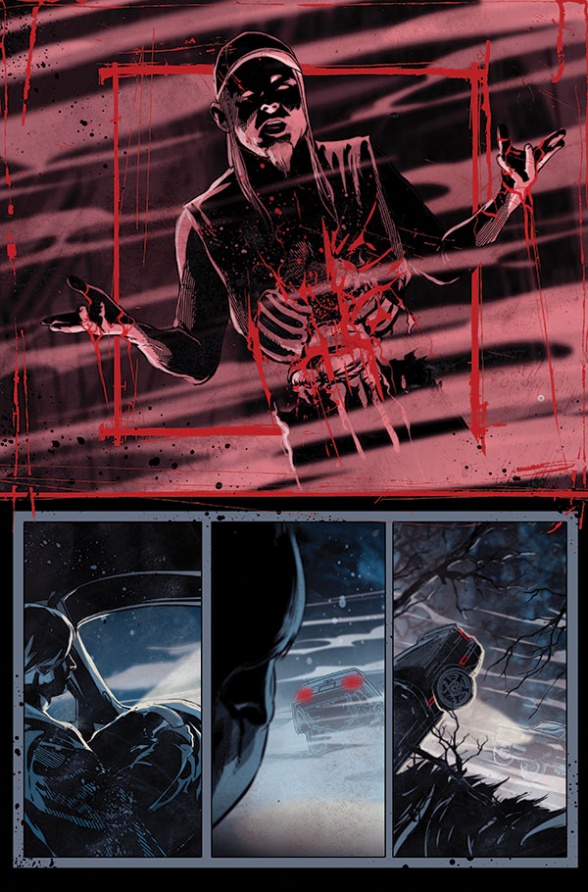 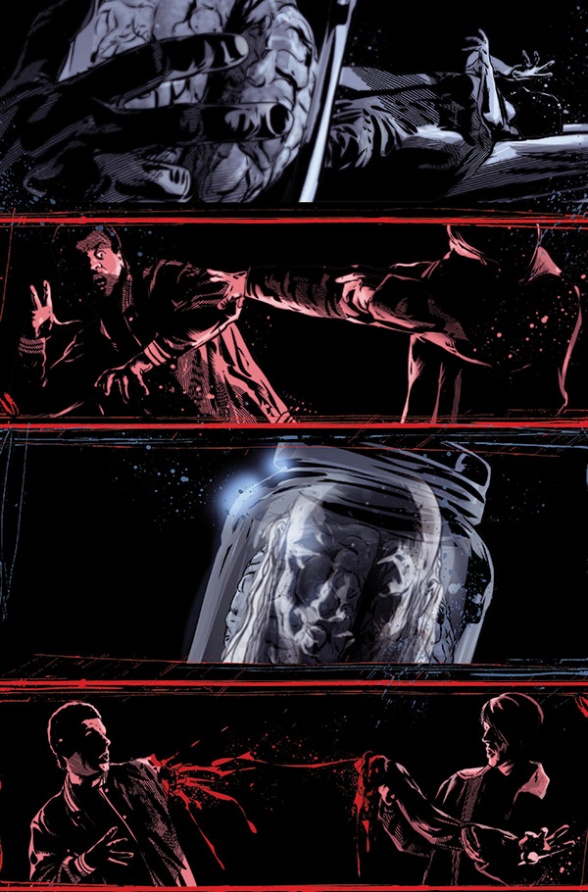 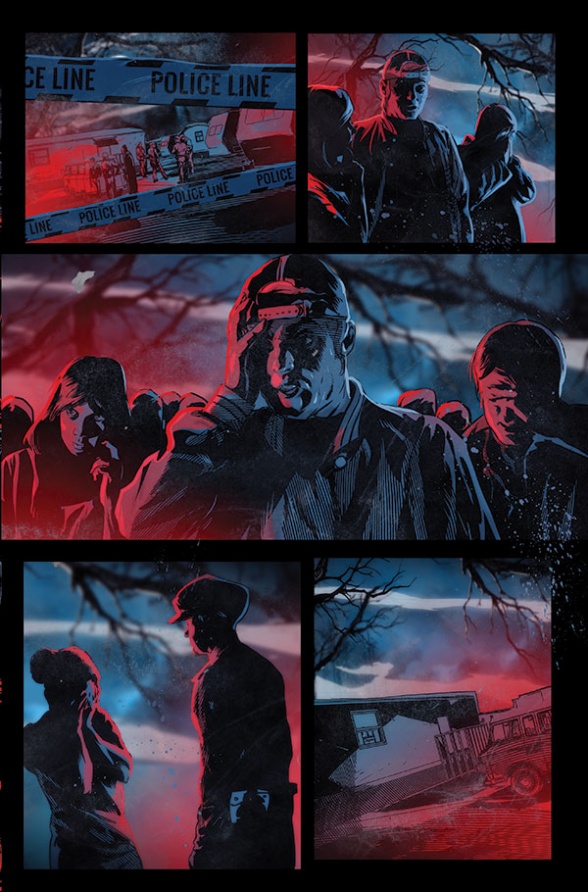 Five high school kids, soon to say goodbye to each other and to the lives they have known, enter the Nightmare House, the source of local legend and superstition. What they discover within the crumbling old house fills them with terror – a human brain, floating in a jar of murky liquid. Soon, the teens find themselves stalked by a vicious killer, a murderer intent on building itself a new body. Piece by piece.

The first in a new series of prestige format one-shots from AfterShock by the top creative talent the industry has to offer, PIECEMEAL is conceived and written by Cullen Bunn (DARK ARK, KNIGHTS TEMPORAL, BROTHERS DRACUL, WITCH HAMMER) and drawn by Szymon Kudranski (BLACK-EYED KIDS, Spawn, Punisher).

CULLEN BUNN ON WHAT THE BOOK IS ABOUT AND WHY HE IS EXCITED FOR IT TO BE RELEASED:

“Piecemeal is the story of five teens who are on the verge of starting their adult lives and going their separate ways. As they visit a local haunted site, they make a startling discovery—a human brain floating in a jar full of disgusting liquid. One of the kids—Jamie—takes the brain home with him, and that sets off a surreal, deadly chain of events. Not only does Jamie’s ailing grandfather seem to “recognize” the brain, but Jamie starts experiencing ghastly, prophetic dreams. And some otherworldly force begins to prey upon the kids.

This is an exciting project for me, because it’s such a different format. This is a focused tale of terror. It has a very specific goal—to scare the reader! And I’ve used this new format as an opportunity to do some different things with the storytelling. There are some elements of this tale that I think will open up the possibility of a lot of discussion among readers.

This is a perfect tale for horror lovers. If you’re a fan of scary stories, this one is for you!”

CULLEN BUNN ON SOME OF HIS INSPIRATIONS BEHIND CREATING THE BOOK:

“For this story, I drew on my own high school days and my own weird experiences. Did I find a brain in a jar in an old house? No. But there are elements of truth to the tale. For example, my friend Doug and I did find a bunch of weird bones, all carved into strange shapes, in an old, crumbling house in the woods. That was obviously the inspiration for the inciting events of this story. But I also drew on the things that worried me and scared me when I was a teen. And Jamie’s grandfather is absolutely a representation of my own father, who struggled with dementia in his later years.

Of course, many stories helped inform the tale, too. Stories like It and Pet Semetery and movies like Phantasm left their marks on Piecemeal.”

CULLEN BUNN ON BEING AN AFTERSHOCK ALUMNI AND SOME OF THE MOST APPEALING THINGS WORKING WITH THE PUBLISHER:

“I love that AfterShock will try different types of stories. One of the first books I did with them, Dark Ark, is a series that I thought might be too weird for a publisher, but AfterShock jumped on it and we’ve done 21 issues in that world so far. Piecemeal, being such a different format from traditional limited series or graphic novels, is just another example of how AfterShock will try unusual and interesting approaches to getting stories to readers.”