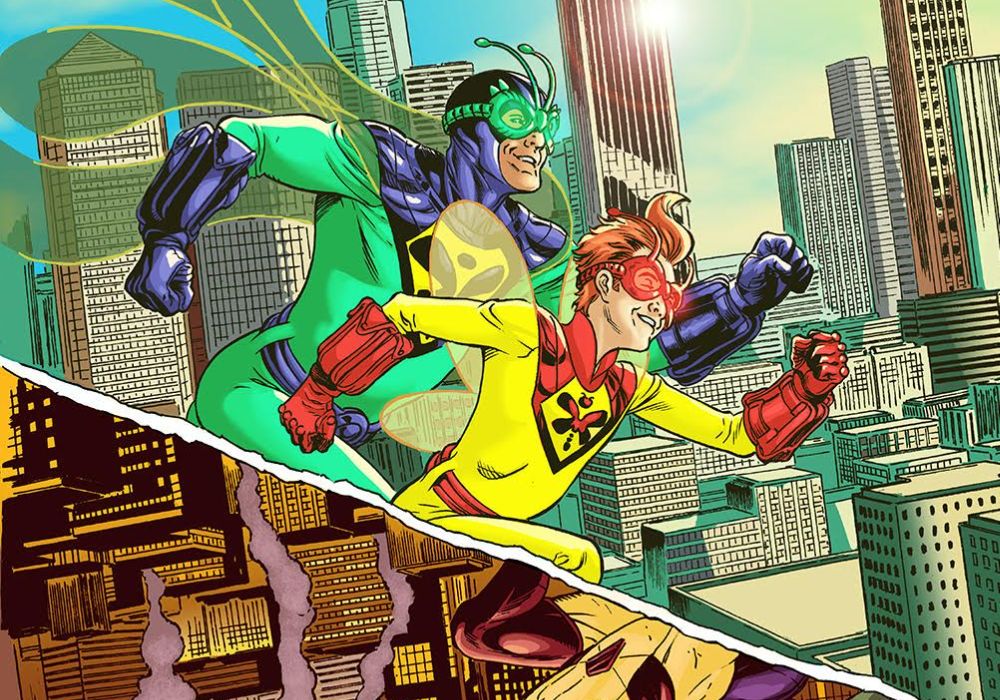 AHOY Comics launched less than a year ago, but has already put out an impressive array of books. Founded by Hart Seeley, the publisher, whose name is an acronym for Abundance, Humor, Originality and Yes, focuses not just on comics, but adding prose, poetry, and more to their titles to help set them apart from the crowd. We spoke with Editor in Chief Tom Peyer ahead of his new series, “Hashtag Danger!,” which kicks off this week, as well as the first AHOY Free Comic Book Day issue.

Looking through the first round of AHOY releases, it’s clear that the company wasn’t interested in being just another publisher, but had a specific vision. What were some of the inspirations for the mix of comics and non-comics in your titles?

Tom Peyer: There was a lot of looking through old comic books to jog the memory. As a reader, what felt good? It’s a relationship. As a publishing company, you can can treat readers like smart friends who are into the same cool stuff as you. Or it can treat the readers like wallets to be emptied. So what felt like a given company was making an extra effort? What didn’t?

In the case of non-comics features, in the years before letters pages comics always had short prose stories; the post office required a minimum amount of text in publications eligible for cheaper postal rates. They were not a creative priority, to put it kindly. So we looked at those stories and thought, “What if these were good?”

When putting together the publishing line for AHOY, were there certain tent poles or types of stories that you felt were necessary to initially execute your vision? If so, what did you think needed to be present in your initial books? 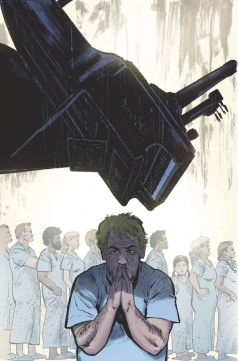 TP: We want all of our comics to be funny on some level. And we want to publish story and art, not events. That’s as far as it goes. These are aesthetic choices, not marketing ones. In May and June, we’re publishing our first collected editions – “The Wrong Earth,” “High Heaven,” “Captain Ginger” – and we’re finding it satisfying to read them through as stand-alone stories.

There is such an amazing amount of comics talent, especially on the artistic side, out there, and with the rise of visual social media like Instagram, it seems like our cups all runneth over. How did you go about looking for artistic talent for AHOY? A lot of the artists are established veterans; was there something about their particular work that drew you to them, or was the fact that they were experienced and, hopefully, had a better handle on the monthly grind what attracted you to them?

TP: You want the work to look good and you want it to come in steadily. That’s comics. But I’d say the looking good part is usually a bit more important. We try to give the artists more time if they need it.

AHOY recently acquired the rights to “Second Coming,” a book that was originally lined up as part of the Vertigo relaunch at DC. While I’m sure there are more reasons than just what hit the press, it appeared that a large part of the reason it left DC was their discomfort with the amount of negative press the book was getting in conservative Christian circles. Is that something that you worry about or, is the old axiom of ‘all press is good press’ true in your eyes? 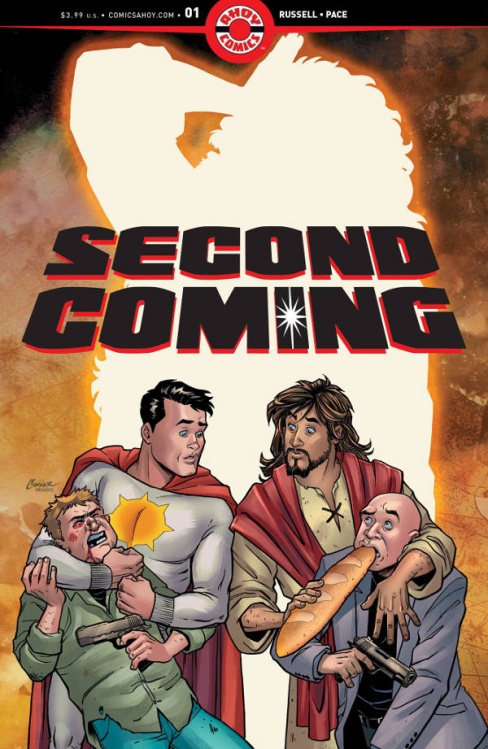 TP: We would have published “Second Coming” if none of the controversy ever happened, and if it had never been at DC. It just fits our sensibility perfectly. Mark Russell’s script is funny, Richard Pace’s concept for the art is something great that you haven’t seen before, and the whole project has something to say without, uh, preaching. It doesn’t particularly bother me that “Second Coming” upsets some people who’s never read it. If it didn’t exist, they’d just find something else to be upset by. I mean, really. If you’re going to try to take away my right to read a book, the least you could do is read it yourself so you know what you’re censoring. 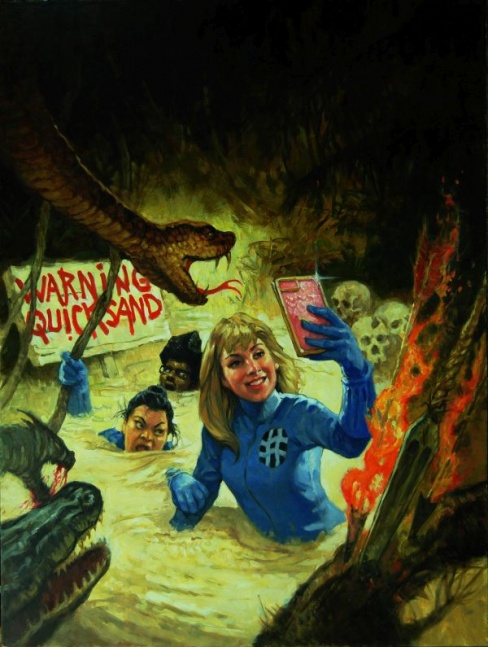 “Hashtag: Danger!” drops this week; for the uninformed reader, what can we expect from this book?

TP: Some wonderfully expressive Chris Giarrusso art and a pointlessly mean and profane story by me, intended for mature readers. “Hashtag: Danger” is a trio of experts in their fields: a pulp-comics scientist, a cage fighter, and a civic booster. They chase extraterrestrials, monsters, lost civilizations and the like, but mostly they just hang around the headquarters being rude and disrespectful to each other. There’s a backup series by Paul Constant and Fred Harper called Snelson, about the bleak life of a formerly famous comedian. And some beautifully pulpy covers by Richard Williams. 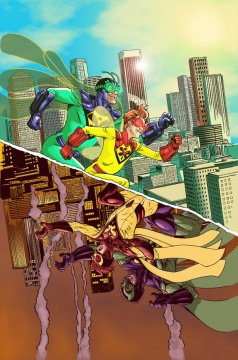 On Saturday, the first ever AHOY Free Comic Book Day issue will be available. What do you hope folks get when they pick up “Dragonfly and Dragonman?”

TP: I hope they get a fun reading experience. “Dragonfly & Dragonflyman” is a super-hero satire that follows two versions of the same hero, one classically kid-friendly and the other a modern, ultraviolent vigilante, as they cross paths with the police. In our series The Wrong Earth they became trapped on each other’s worlds, but here they’re operating at full strength in their home surroundings. The art by Russ Braun fits both versions perfectly. We also revisit the spacefaring cats of Captain Ginger in a story by Stuart Moore, June Brigman and Roy Richardson. Hunt Emerson provides a slapstick battle between Edgar Allan Poe and The Black Cat, which is a regular feature of our series Edgar Allan Poe’s Snifter of Terror. We round it out with a bit of prose humor by Hart Seely, illustrated by Frank Cammusso. A big package! For free!

Finally, when we talk in 5 years, where do you see AHOY being in the marketplace? What looks the same? What looks different?

TP: I gave up making predictions on November 9, 2016. But if we’re still here putting out stories and art, I will be very happy.