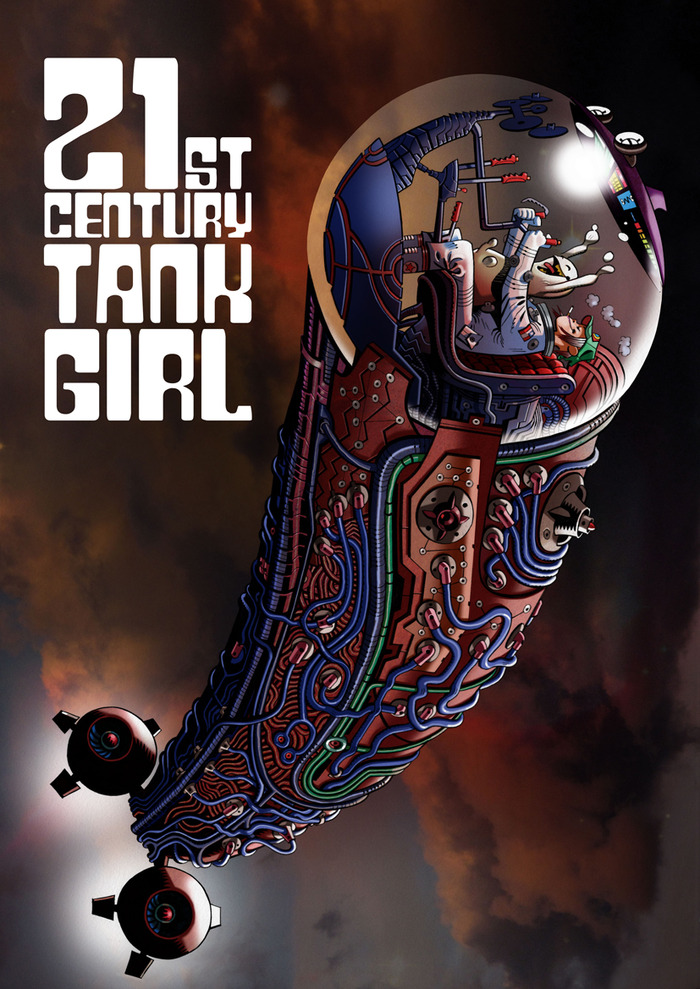 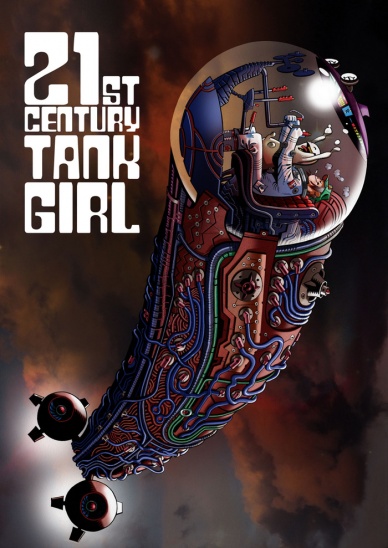 Kickstarting a new, 100-page hardcover “Tank Girl” comic called “21st Century Tank Girl,” the book is essentially an epic “Tank Girl” anthology. At the helm of it there will be new pages by Jamie Hewlett, who will be doing two different covers for a dust jacket and a wrap-around cover on the case. In addition to Hewlett, the book will feature Brett Parson, Warwick Johnson-Cadwell, Philip Bond, Jim Mahfood, Craig Knowles, and Jonathan Edwards. Martin promises lots of stuff jammed into the book, including new information about Tank Girl, Tank Girl on other worlds, what’s under Tank Girl’s bandaid and more.

In 1995 Hewlett went on to co-create Gorillaz with Damon Albarn and hasn’t drawn a “Tank Girl” comic since 1996, and since then “Tank Girl” has been worked on by Alan Martin and other collaborators. Outside of cover illustrations, this is the first time that Hewlett himself will be illustrating new “Tank Girl” comics (let alone an actual comic, which he hasn’t done in 15 years), and if you ask me, that’s more than enough to back the heck out of any Kickstarter.

It’s a UK Kickstarter so I imagine many folks on my side of the sea’s divide will feel like they can’t back it, but what is basically just $50 for a new hardcover Tank Girl comic illustrated by Jamie Hewlett, Philip Bond, Jim Mahfood and more? You have that $50.

Or £23. Or, you know, whatever money you use. What’s the conversion of pounds to bitcoins?