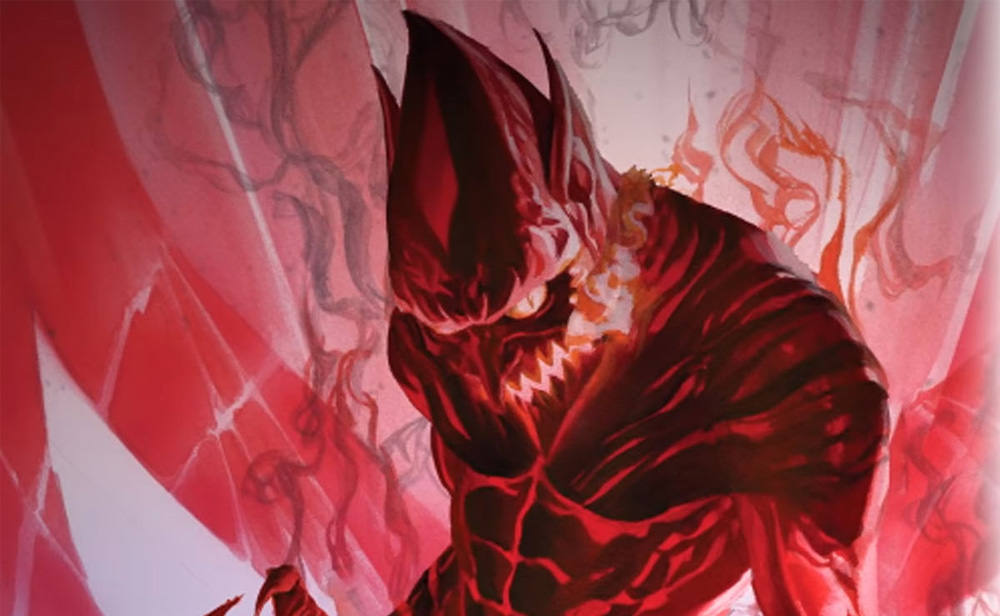 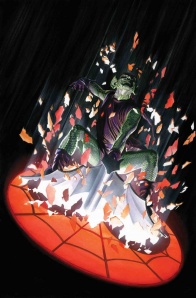 Amazon’s UK site spilled the beans on the finale of Dan Slott’s epic ten-year run on “The Amazing Spider-Man,” revealing the identity of Red Goblin, the mysterious villain of ‘Go Down Swinging.’ Marvel’s official solicit for #797, the first chapter of the storyline, is as follows:

“The Green Goblin is back — and scarier than ever! Dan Slott has saved his most harrowing Spider-Man story for last as he and Stuart Immonen kick off the AMAZING SPIDER-MAN story ten years in the making. Osborn got his crazy back and has a plan that’ll make all his past plans look like child’s play. Peter Parker and the people he loves (ALL of them) are in deep trouble. And who or what is the RED GOBLIN?! The only way Spider-Man survives is to GO DOWN SWINGING!”

Ever since losing his Green Goblin persona, powers, and requisite insanity at the end of “Superior Spider-Man,” Norman Osborn has been looking for a way to become Spider-Man’s archenemy once again, from taking over Silver Sable’s home country of Symkaria, to trying and failing to attain mastery of magic at Kamar-Taj, where Doctor Strange unlocked his own mystic potential. In ‘Go Down Swinging,’ Norman will apparently succeed at regaining powers and madness alike, and Amazon.co.uk’s synopsis of the trade paperback reveals exactly how. Spoiler after the break. 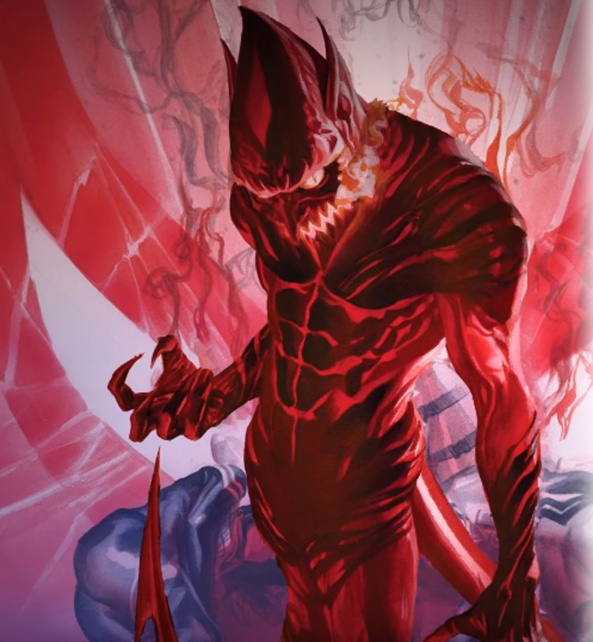 It’s Carnage. Osborn got his hands on the Carnage symbiote, transforming himself into the Red Goblin for one final showdown with Spider-Man:

Go down Swinging! Norman Osborn has finally found a way to become a Goblin again and is gunning for Spider-Man in the biggest way possible. His new weapon? The Carnage Symbiote! There’s never been a bigger tougher Goblin/Spider-Man story than this! Collecting: “Amazing Spider-Man” 797-801

‘Go Down Swinging’ begins in March. Between ‘Venomverse,’ ‘Gwenom, ‘Venom Inc,’ the upcoming ‘Venomized’ crossover, and now ‘Go Down Swinging,’ Marvel seems to have symbiotes on the brain. A gear-up towards Sony’s Venom picture, perhaps?

Special thanks to the Discord user Symbiobro for the tip.

Author, game designer, comics fan, cyberpunk. Amy is very bad at writing biographies, but very good at writing everything else.