Fans descended on New York City’s Jacob Javits Center this past weekend for the second year of Anime NYC. Weren’t able to attend the con this weekend? We’ve got you covered. Check out a rundown of all the exciting announcements that came out of the three-day event from industry staples like Viz Media and Aniplex. 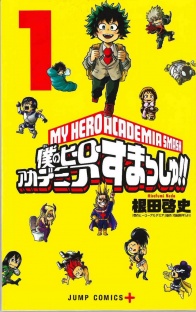 – Several new manga licenses announced. In summer 2019, Viz is bringing fans the mangas “My Hero Academia: Smash!!” (a spinoff of the hugely popular “My Hero Academia”), “Komi Can’t Communicate,” and “Beastars,” as well as the Automatic Eve novel. Kodansha and Vertical are releasing a bunch of titles, including a new release of CLAMP’s “Cardcaptor Sakura,” a “Princess Jellyfish” collector’s edition, and “Colorful Dreams,” an artbook by illustrator VOFAN of the Monogatari series.

– New manga publisher Denpa has licensed “Heavenly Delusion” and “Pleasure & Corruption,” and Yen Press announced seven new manga and six new light novel licenses, including a manga anthology titled “Whenever Our Eyes Meet….: A Women’s Love Anthology,” which was previously released in Japan this past April.

– For anime, some 2019 theatrical film debuts were announced, including the Made in Abyss films and Is It Wrong to Try to Pick Up Girls in a Dungeon?: Arrow of Orion! from Sentai Filmworks, and Hunter x Hunter: The Last Mission from Viz in January. Aniplex and Fathom Events will bring I Want to Eat Your Pancreas to U.S. theaters in February 2019 (subtitled and dubbed). 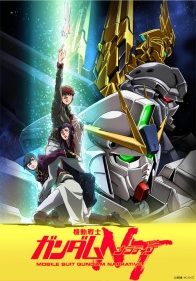 – Sunrise announced that it plans to release a new Gundam theatrical film every one to two years, beginning with Mobile Suit Gundam Narrative, opening November 30 in Japan. Sunrise revealed that it’s also working with NYAV Post on an English version. Additionally, a new project for the franchise’s 40th anniversary will be unveiled during a special livestream November 21 at 1:00 p.m. JST/November 20 at 11:00 p.m. EST, so stay tuned.

– On the small screen, we’ve got simulcasts of Manaria Friends (licensed under the name Mysteria Friends) and Mob Psycho 100 to look forward to this January. January will also see a new Black Butler Season 1 Blu-ray box from Aniplex.

Which of the announcements are you most excited about? Let us know in the comments below!