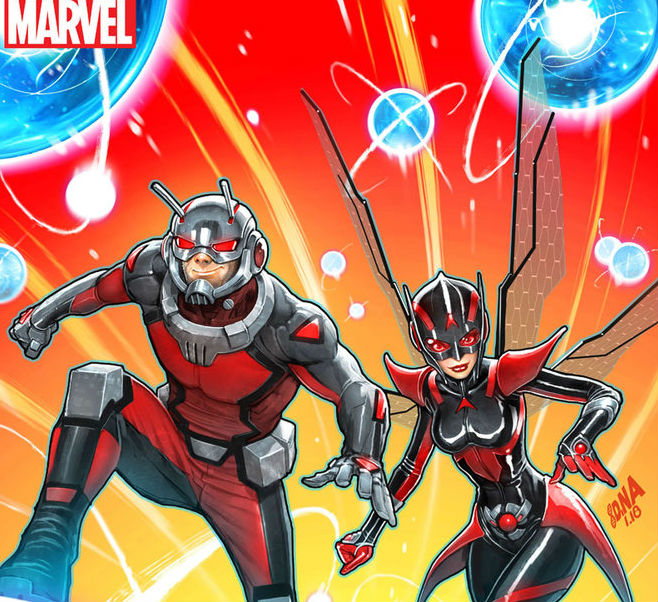 Ahead of Marvel Studios’ Ant-Man and The Wasp July 6th release date, Marvel Comics will be releasing a 6-issue miniseries of the same name. “Ant-Man and the Wasp” will be written by Mark Waid with art by Javier Garron and colorist Israel Silva, and will feature Scott Lang and Nadia Pym. The series will center around Scott shrinking so small that he has gotten lost and only one person can save him: Nadia Pym AKA the Wasp. 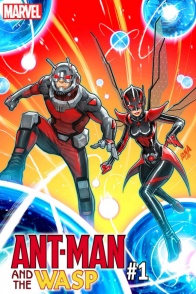 In an interview with Newsarama, Waid and Garron go into as much detail as they could about the upcoming series. Waid, who has written both Ant-Man and the Wasp separately said, “Everyone at Marvel knows I’m obsessed by two things: the Microverse and Cyclops. So when editor Jordan D. White wanted to do an ‘Ant-Man & the Wasp’ mini-series, he knew to call me or else there’d be hell to pay.” Since the new book will focus on the microverse, Waid added “my browser history and desktop are filled with research. I could spend days and days just researching. With Nadia as my ‘voice,’ I’m able to really articulate how subatomics works using today’s science. The atom model we all learned in school – billiard ball surrounded by smaller orbiting billiard balls – is incredibly inaccurate and doesn’t take into account how electrons rely on probability, not set paths, nor does it properly explain the nature of quantum foam and what its significance is. Feel free to take notes or just enjoy the story.” It seems much like his “Flash” run for DC, Waid will dive deep into the scientific aspect of shrinking oneself on a subatomic level, and has a pretty decent understanding of it.

Fueling the subatomic aspect of the story, Garron explains “Once you enter subatomic level you enter a whole new realm where there are no limits to your imagination. It’s not our world anymore. I mean, it is, but it isn’t. I’m an open book, right? A whole new set of unknown rules take charge of the situation, and the unexpected is your new reality. In visual terms you can go wilder. When you’re working with, let’s say, alien worlds, you’re still bound by pretty much the same physic rules of the universe. But once you go subatomic, things start to go nuts at every level! Colors, shapes, kinetics, everything can be different. Both organic and inorganic elements. Just sky and space are wickedly original.”

Garron has been named a new ‘Young Gun’ at Marvel, something he’s acutely aware of as, saying “So many titans were named Young Gun [sic] in the past… I’m thankful beyond words for the trust, support and showcase it means from Marvel,” though he says his routine hasn’t changed since his new status at the publishing company.

Waid had nothing but kind words for the artist, telling Newsarama “there’s such a bounce to his line, such energy to his figures. He handles the dramatic action with excellence, but he also brings it hard to the character moments and beats of comedy. I’m lucky to be partnered with him.”

Look for “Ant-Man and the Wasp” #1 in your local comic shop on June 6, 2018. For Newarama’s full interview head over here.