Just in time for the spookiest month of the year, Archie Comics has announced two brand new series for their Archie Horror line: “Blossoms 666” and “Jughead: The Hunger Vs. Vampironica.” 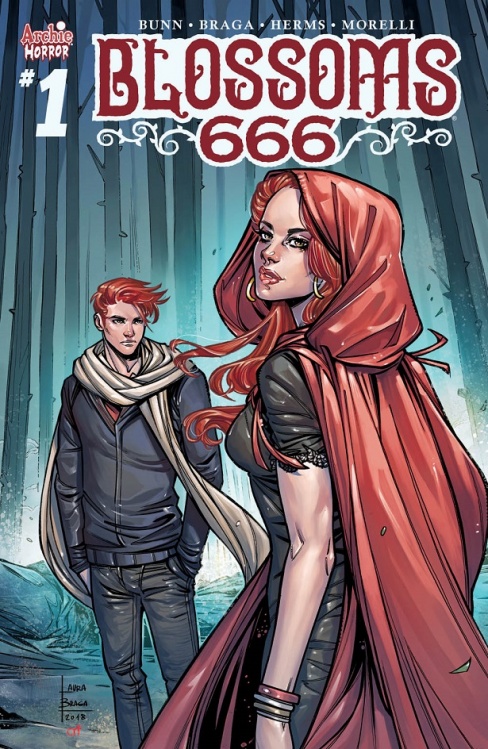 Starting in January 2019, “Blossoms: 666” is a five-issue mini-series that sees the creative team of writer Cullen Bunn and artists Laura Braga and Matt Herms redefine Cheryl and Jason Blossom as a pair of wealthy, popular and likeable twins with a deep, dark secret: one of the them is the Anti-Christ. But neither one knows which of them is the Anti-Christ, and both want the title!

“This story focuses on two of my favorite characters—the Blossom Twins — and puts them in a story of very, very dark horror/comedy,” Cullen Bunn said. “Cheryl and Jason have always been troublemakers… One part The Omen, one part Cruel Intentions, all Archie! I think fans of the comics, fans of Riverdale, and fans of demonic horror in general are going to love this!”

“It’s dark, psychological horror at its finest,” according to Archie Comics Co-President Alex Segura. “Cullen really blew us away with his Omen-esque version of the twins. perfectly rendered by the amazing Laura Braga, who did an amazing job on the recent ‘Harley and Ivy Meet Betty and Veronica’ crossover with DC.” 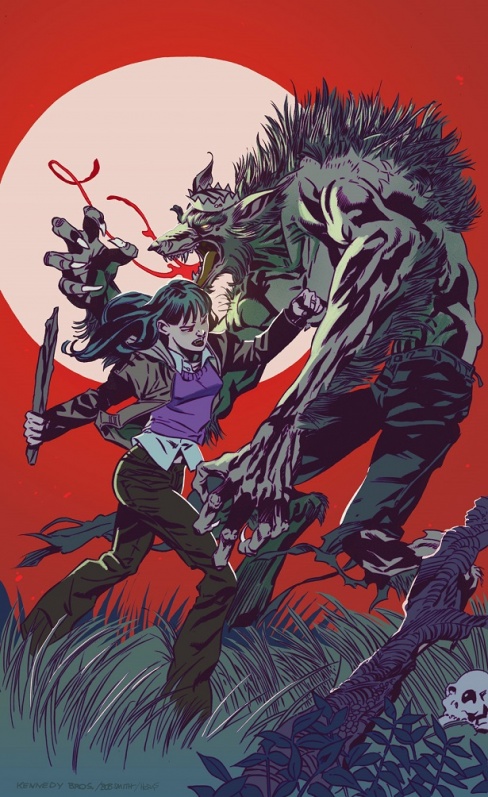 Cover by Pat and Tim Kennedy

The second title, “Jughead: The Hunger Vs. Vampironica,” continues the horror tradition of having two big franchise icons face off in a battle for the ages. According to writer Frank Tieri, “In the world of ‘Jughead: The Hunger,’ vampires do not exist, having been wiped out by the werewolves. In the world of ‘Vampironica,’ it’s the opposite… there are no werewolves, as vampires reign supreme. So what do you think will happen when these two worlds collide? All. HELL. Breaks. Loose. (Maybe quite literally!).” Tieri is joined by “Jughead: The Hunger” artists Pat and Tim Kennedy.

The Archie Horror imprint was created after the success of “Afterlife with Archie” and “Chilling Adventures of Sabrina,” and has since expanded to “Vampironica” and “Jughead: The Hunger,” the two titles that will be crossing over in the titular “Jughead: The Hunger Vs. Vampironica.” There is no release date for that book yet, but expect it in the first half of 2019.