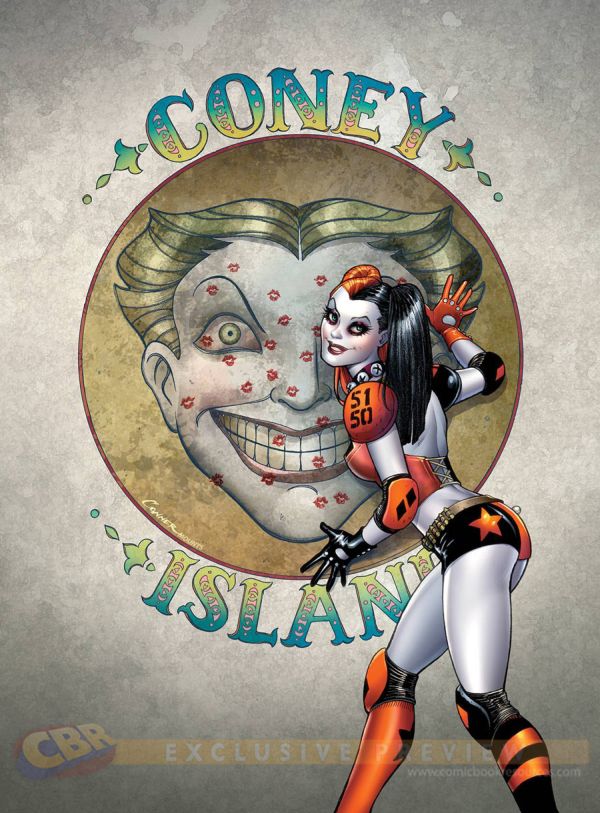 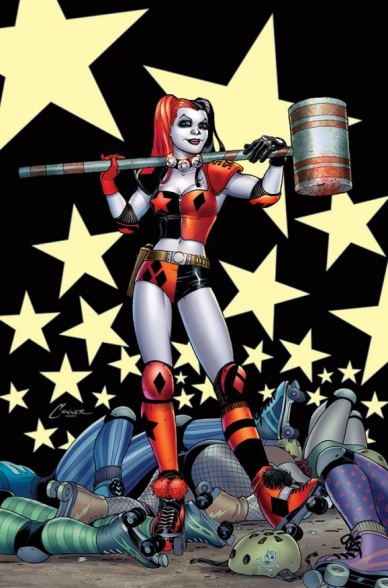 Last week, DC offered up a contest to break into comics by drawing a page for the upcoming “Harley Quinn” #0, which would feature multiple artists auditioning to Harley directly to be her new artist. The scene, whose intention was to be a humorous portrayal of events in Harley’s life, featured Harley contemplating suicide by various different fashions for four different panels, including one in which she was naked in the bath — and naturally, some people didn’t find it so funny.

DC was quick to be apologetic. Jim Lee took to Twitter to call context into question, and Jimmy Palmiotti (writer of the series) echoed similar sentiments, stating that they were going for a Looney Tunes vibe. The general consensus on DC’s behalf was that they just didn’t offer up enough proper justification for the scene, rather than that they had done something that others had found offensive. That they used such a popular character as Harley, whose fanbase is beyond passionate, only exacerbated the situation.

It all winds down to the sort of stuff that this Hark A Vagrant comic was lampooning in the first place, and it’s another instance of looking at DC act and react and just putting your face directly into your palm and sighing.

We will refrain from comment on the subject as plenty have done so already, calling into question what DC editorial finds acceptable to give their fanbase as well as the general lack of ethics or morality that play into the consumption of material like this. I personally have thoughts, at the foremost being that the book is written by Jimmy Palmiotti and Amanda Conner who have a comedic comic history so I’d imagine the intent, if not the execution, was genuinely supposed to be something lighthearted (though I sympathize with those who don’t find suicide a joke). But rather than give an essay on the matter, instead we’d like to share some of the artist reactions to the piece that have surfaced online, because a picture is worth a thousand words (so they say). 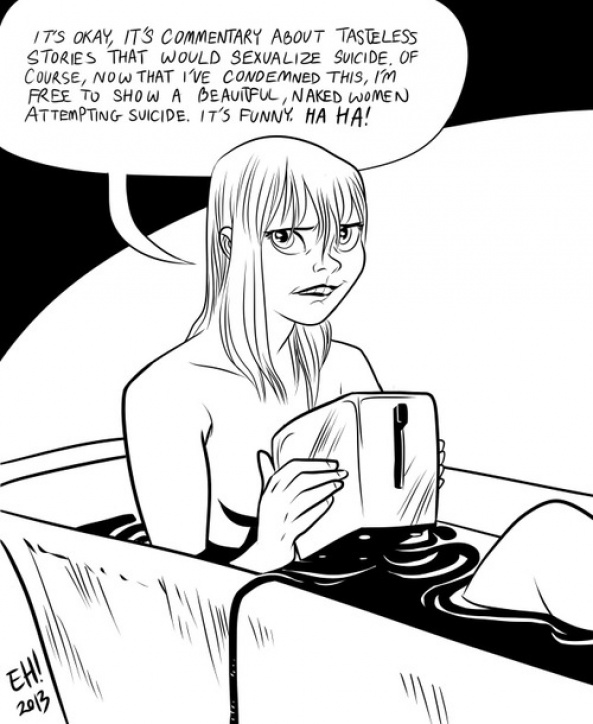 Daniel Roth and Phil Murphy of Daanesbury weigh in:

As well as Tom Preston of So You’re A Cartoonist:

and Lea Hernandez gives this rather great interpretation: 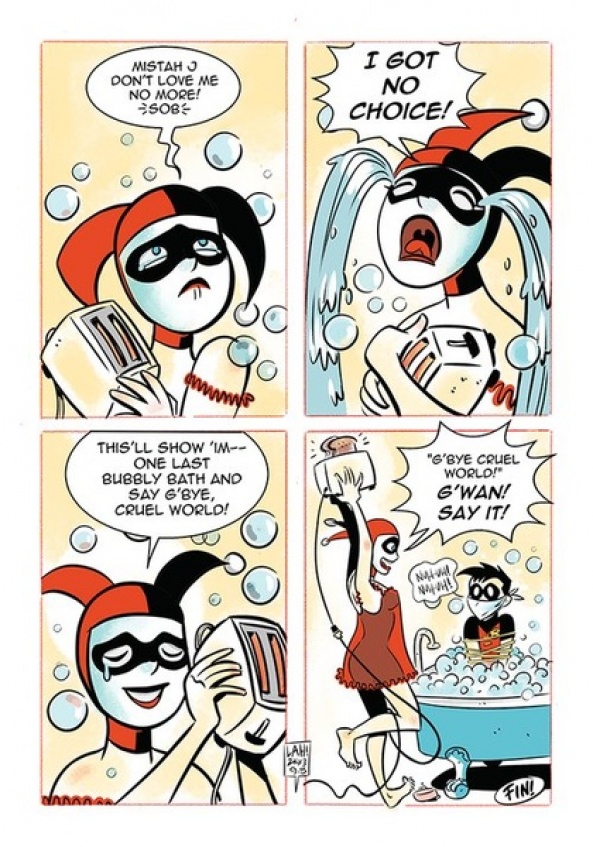 Then there’s a bevy of work you can find on tumblr, if you’re willing to travel through the Harley Quinn tag (a decidedly NSFW endeavor, mind you). Still, there are some humorous gems in there, such as this from Keith McCaffety of 1 Sketch Today: 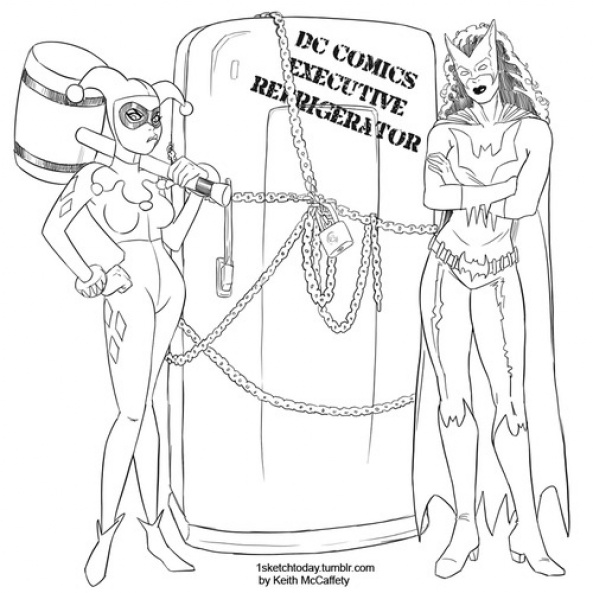 InsertAFunnyNameHere had this wonderful interpretation (although I’m not sure if this is from the original artist): 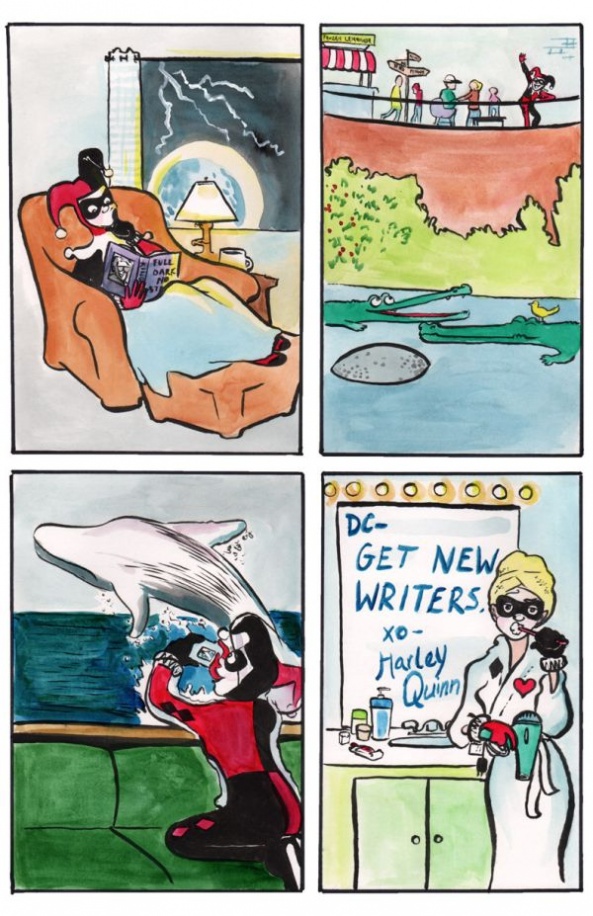 FisitronsFlame sums it up nice and easy: 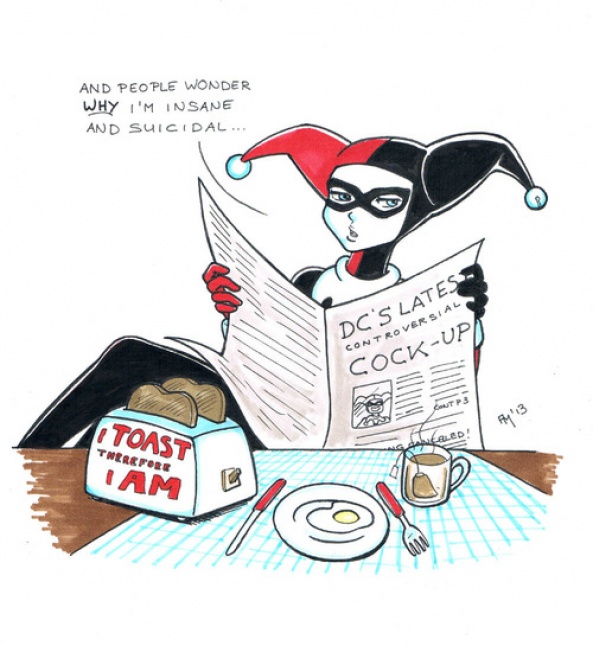 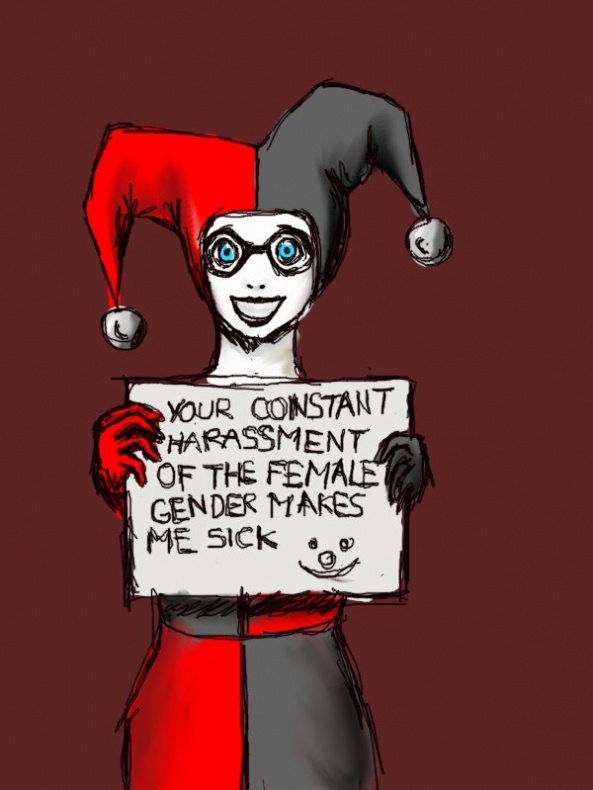 SecondLina interprets Gail Simone’s idea of wanting to see Nightwing in a bath with his dog: 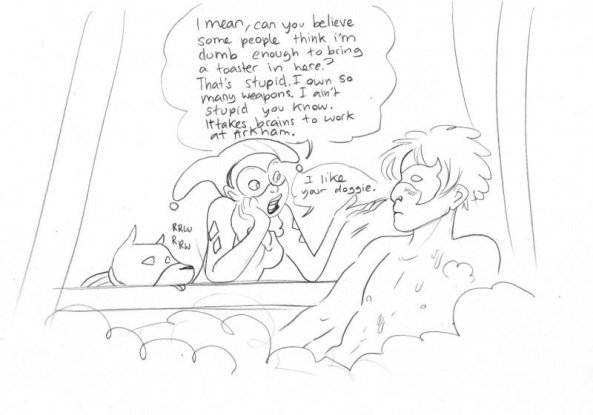 CaptnShane seems to get the Looney Tunes vibe in what I think is a really legitimate entry to the contest: 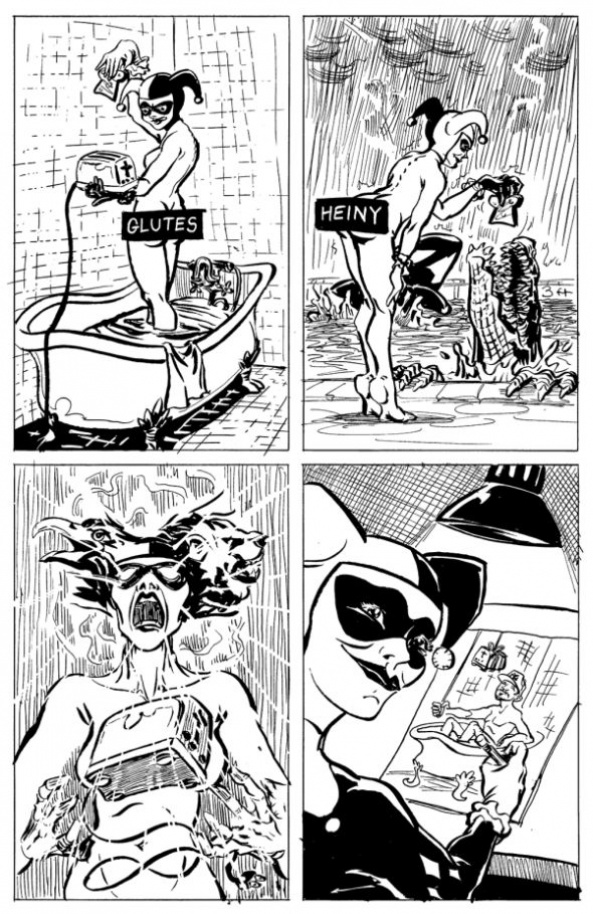 Hopefully all the appropriate artists are credited, but it’s Tumblr so it can be murky. If I’ve incorrectly attributed any of the art, please let us know ASAP and we’ll update.

In the meantime, I’d love to see more of these.