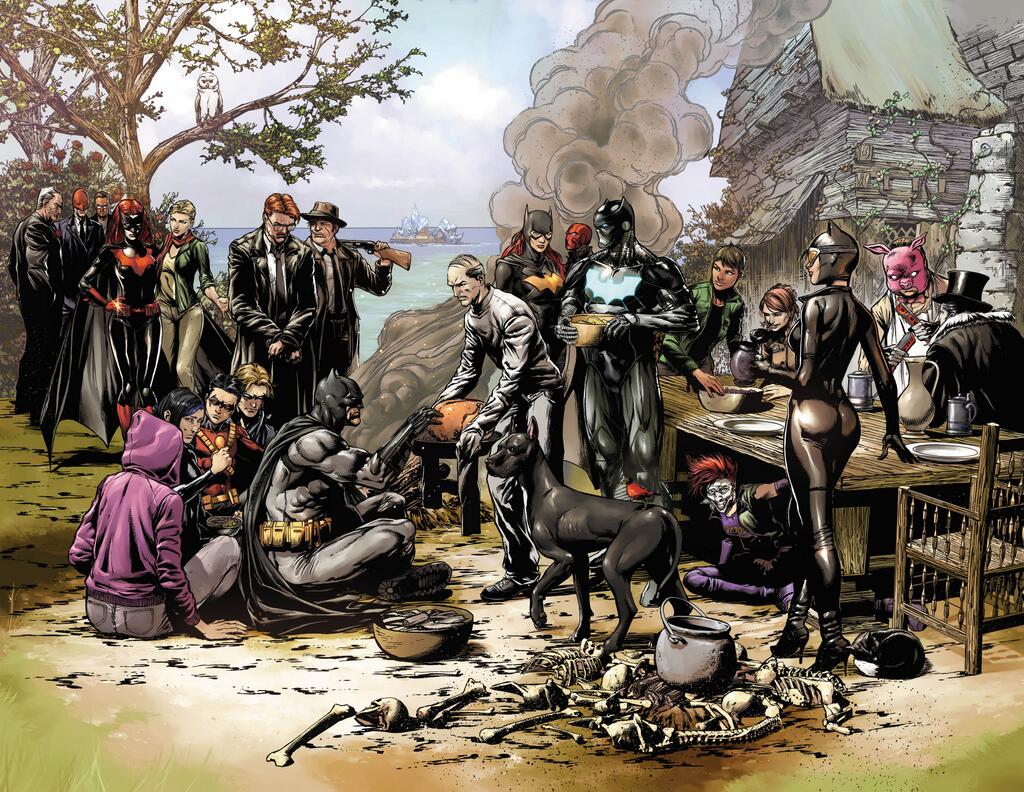 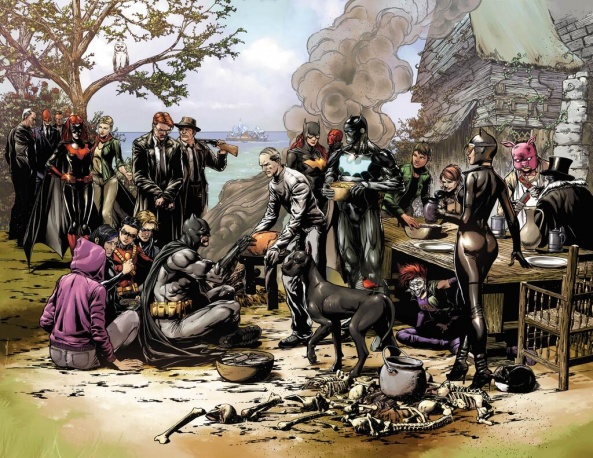 One of my favorite things about Old DC was when they’d release elaborate easter egg filled teasers for upcoming line-wide changes. It’s not something DC does too much of anymore, focusing instead on pictures of everyone fighting everyone.

But today, as tweeted by Scott Snyder, we have a brand new teaser by Jason Fabok that gives hints as to what is coming in the upcoming “Batman Eternal” series that will apparently appear in this week’s DC books. Featuring the Bat-family, friends and foes all celebrating Thanksgiving (as “everyone knows Bruce loves a good dry rub and doesn’t fuck around when it comes to slow roasting a bird” – Vince Ostrowski) it’s full of easter eggs (WRONG HOLIDAY, GUYS) just like the old days, some of which are:

Also of note, and assuredly not an easter egg: the image does not feature Nightwing anywhere, which would perhaps indicate that while he will not die in “Forever Evil” he might in turn become forever evil’d.

Sound off with your thoughts and theories in the comments below about everything and anything.