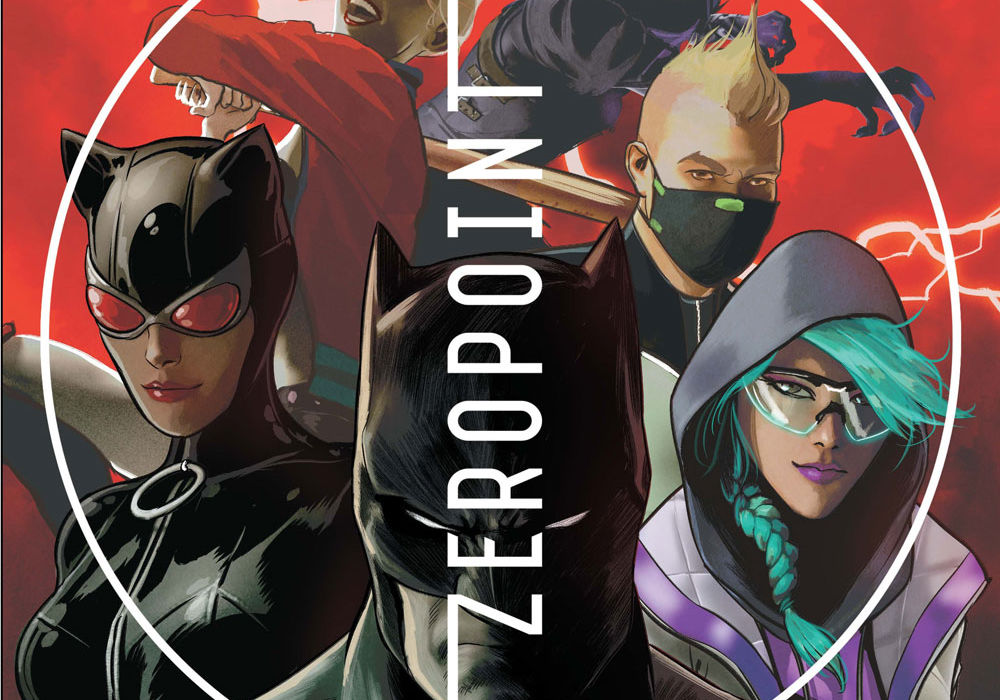 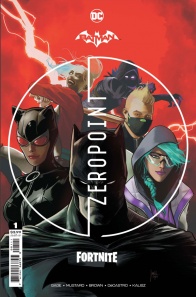 DC Comics have announced they are teaming with Epic Games for a six-part crossover series called “Batman/Fortnite: Zero Point,” which will be written by Christos Gage, with consultation from Epic CCO Donald Mustard. The first issue will feature artwork by Reilly Brown, with Nelson DeCastro and John Kalisz rounding up the creative team. Later issues will feature artwork by Christian Duce, DeCastro, and Kalisz.

The series will see Batman pulled through a rift in reality above Gotham City, which transports him to the video game’s Island setting without his memories. He then sets out to discover the truth about the Island and learn about the mysterious Zero Point, while coming face-to-face with characters such as Renegade Raider, Fishstick, and Bandolier on his journey.

In the press release, Gage teased that “this series will reveal things about Fortnite that have never been seen or heard before yet are very much part of the canon of the game,” continuing, “I’m also looking forward to integrating other DC Super Heroes into the series, characters that Batman has existing relations with.” Mustard stated that the “mutual goal from day one has been to tell an awesome and authentic Batman story first and foremost.”

Print issues of the series will include a redeemable code to unlock DC-themed items in Fortnite. The first unlockable will be a Rebirth Harley Quinn Outfit. An Armored Batman Zero Outfit will be unlocked for players who redeem all six codes. US Subscribers of DC Universe Infinite will gain access to the series for free, and will also be able to gain the redeemable codes.

“Batman/Fortnite: Zero Point” #1 is scheduled for release in print and on digital platforms on April 20, shipping biweekly in May and June, before the series concludes on July 6. Mikel Janín will provide issue #1 with its main cover, while a variant by Kenneth Rocafort will also be available. Arthur Adams, Jim Lee, and Amanda Conner have all been confirmed as variant artists for later issues. A premium variant by Mustard will be available for every entry in the series.

The variant cover for issue #1, its preview pages, a look at the Rebirth Harley Quinn Fortnite Outfit, and full press release are as follows. 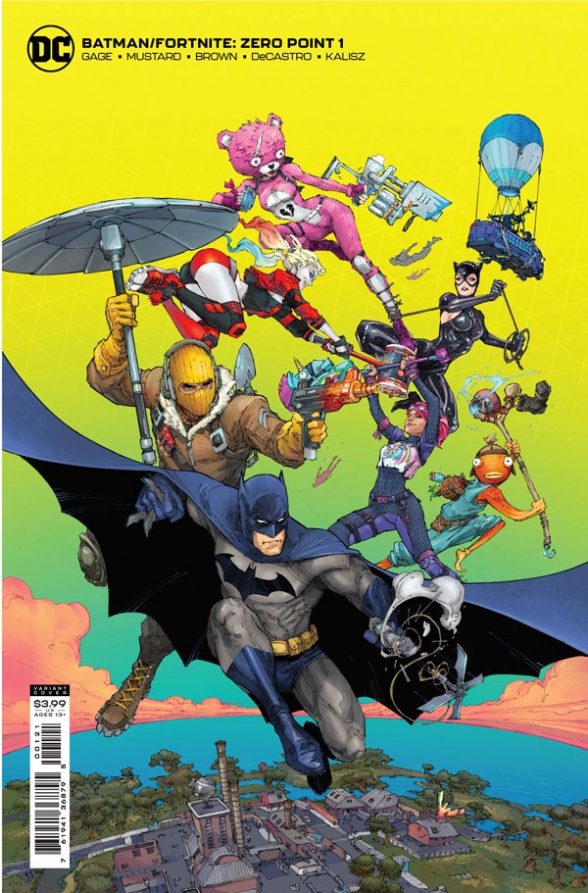 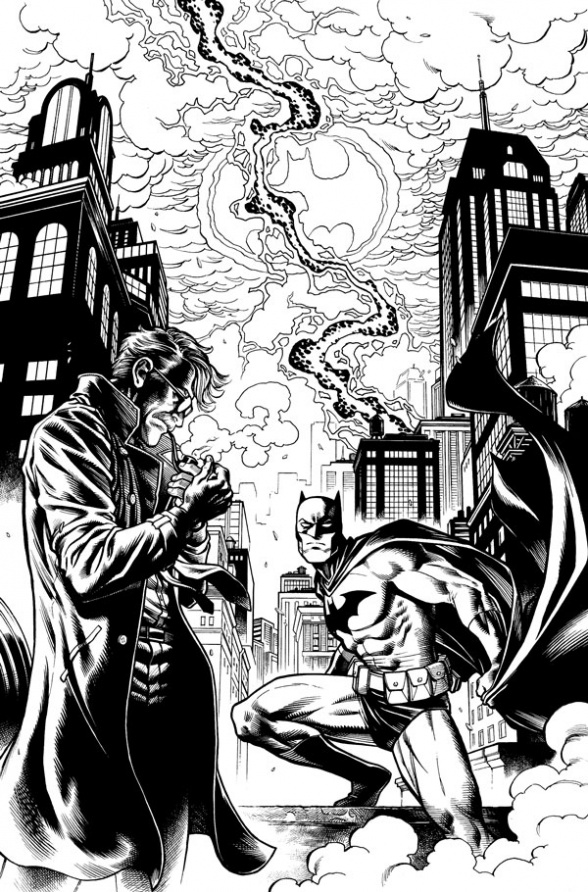 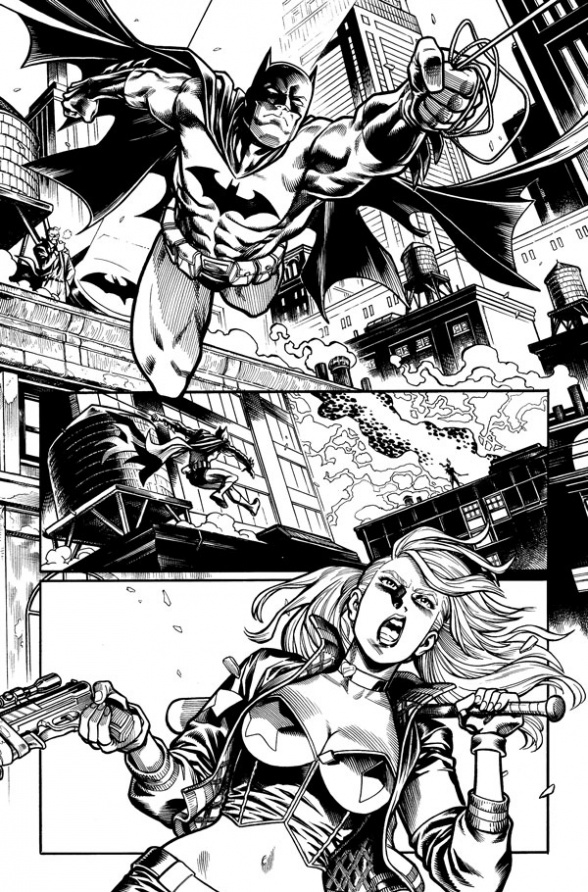 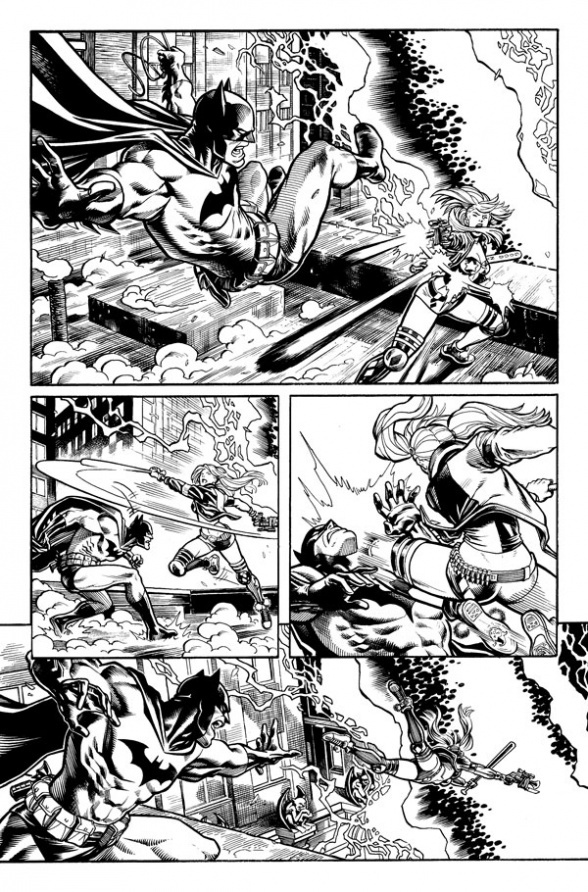 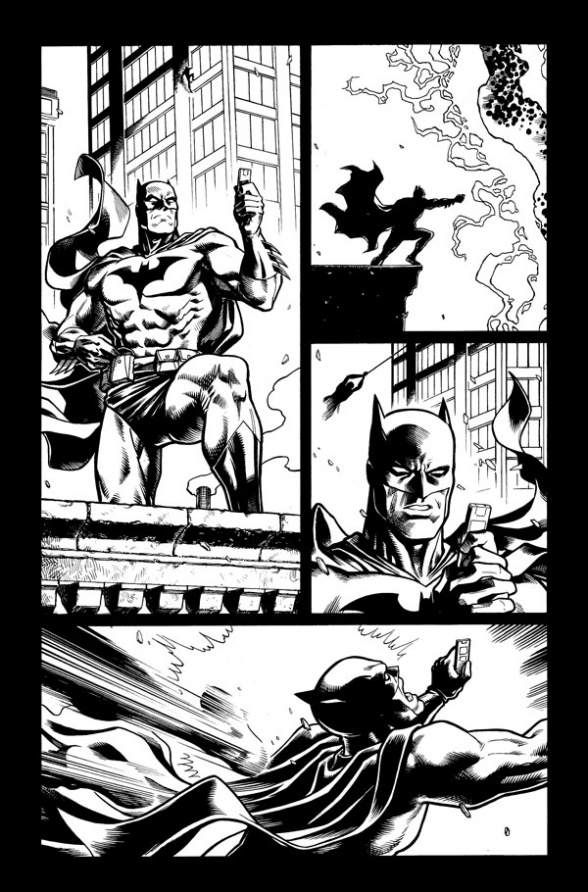 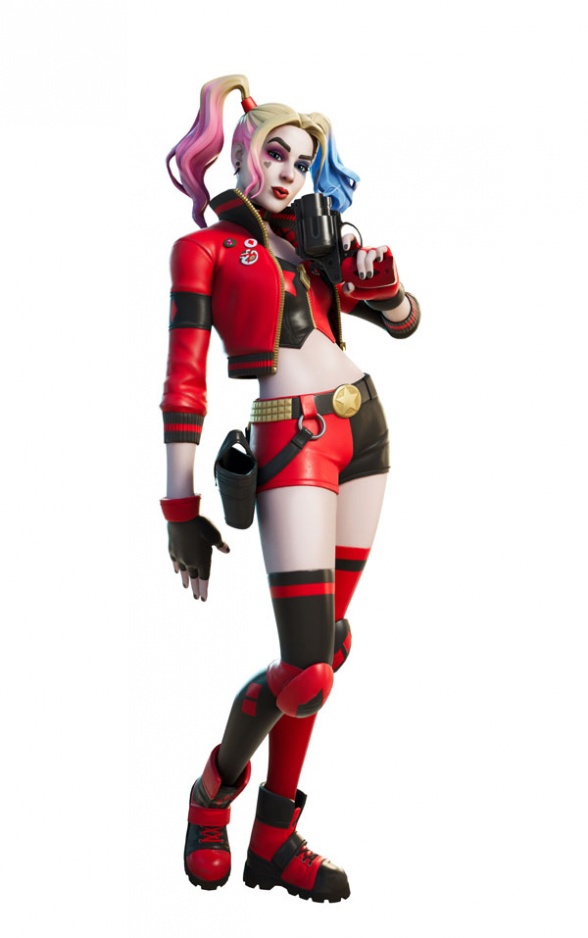 Six-Issue Mini Series Debuts In Print and Digitally on April 20, 2021

Series and Bonus Items Available to
DC UNIVERSE INFINITE Subscribers for Free in the U.S.

BURBANK, CA, and CARY, NC – (February 26, 2021) – The worlds of comic books and video games collide on April 20, 2021 as DC and Epic Games (“Epic”) announced plans today to publish Batman/Fortnite: Zero Point, a six-issue miniseries that combines the Dark Knight and other DC Super Heroes with the global gaming phenomenon.

Batman/Fortnite: Zero Point arrives in comic book stores and on participating digital platforms Tuesday, April 20, 2021. Subsequent issues will ship twice monthly beginning in May (May 4/May 18) and June (June 1/June 15), with a single issue concluding the series on July 6. Each issue sells for $4.99, with the card stock variant cover versions available for $5.99.

Each print issue of Batman/Fortnite: Zero Point will include a redeemable code for bonus DC-themed Fortnite digital items, inspired by the events in the comic, starting with the new Rebirth Harley Quinn Outfit. US Subscribers to DC UNIVERSE INFINITE will receive the series for free, including the bonus digital codes. Fans who redeem all six codes will also unlock a new Armored Batman Zero Outfit for their Fortnite character.

Batman/Fortnite: Zero Point will also launch in print day and date (including the item codes), published in the native languages of the following territories: Germany, Italy, Mexico, Brazil, Spain, and the Czech Republic.

Written by Christos Gage with concept and story consultation from Chief Creative Officer of Epic, Donald Mustard, this miniseries features art by Reilly Brown, Christian Duce, Nelson DeCastro, and John Kalisz. The main cover for issue #1 main cover is provided by Mikel Janín (Batman, Wonder Woman, Future State: Superman – Worlds at War) and the variant cover by Kenneth Rocafort (Sideways). Mustard will also provide premium variant covers for each issue of the series (check local comic shops for availability), and future variant covers will be provided by an impressive lineup of artistic talent, including Arthur Adams, Jim Lee, Amanda Conner, and others.

“When DC first approached me about doing a Batman/Fortnite series I thought it would be a lot of fun,” said series writer Christos Gage. ”After speaking with Donald [Mustard] and discovering just how deeply we’d be diving into the secrets behind the world of Fortnite, I was amazed! This series will reveal things about Fortnite that have never been seen or heard before yet are very much part of the canon of the game.”

“I’m also looking forward to integrating other DC Super Heroes into the series, characters that Batman has existing relations with,” Gage continued. “It’ll be exciting to share with fans how these relationships will be reshaped in this new world. The art by Reilly, Christian, Nelson, and John is stunning, and my prediction is that this series will blow everybody’s mind, whether you’re a fan of DC, Batman or Fortnite.”

A crack splits the sky above Gotham City… a tear in reality itself. This rift pulls the Dark Knight into a bizarre and unfamiliar world, with no memory of who he is or where he came from…Batman has been drawn into Fortnite!

As he fights to recall his past and escape an endless loop of chaos and struggle, he’ll come face-to-face with the likes of Renegade Raider, Fishstick, Bandolier, and more. While the world’s greatest detective strives to make sense of this strange new world, he’ll uncover the shocking truth about the Island, what lies beyond the Loop, and how everything is connected to the mysterious Zero Point.

Batman/Fortnite: Zero Point uncovers secrets never before revealed in game or anywhere else! Every fan of Batman, Fortnite, stunning art and edge-of-your-seat excitement won’t want to miss the Caped Crusader facing off against Fortnite champions on the Island, in a desperate attempt to save not only himself, but other familiar faces from the DCU… and perhaps the Multiverse itself!

“When developing this project with DC, our mutual goal from day one has been to tell an awesome and authentic Batman story first and foremost,” said Donald Mustard, Chief Creative Officer for Epic Games. “Batman/Fortnite: Zero Point explores what would happen if you trapped the World’s Greatest Detective somewhere with no memory of who he is, in an environment that’s constantly changing. I can’t wait for readers to discover all the surprises, twists, and mysteries that we have in store for them!”

For more information on Batman/Fortnite: Zero Point and the World’s Greatest Super Heroes, visit the website at www.dccomics.com and follow on social media at @DCComics and @thedcnation. For the latest information on Fortnite and to download the game, learn more at www.fortnite.com. Sign up for a free trial of DC UNIVERSE INFINITE at www.dcuniverseinfinite.com.

About Fortnite:
Fortnite is the completely free online game where you and your friends fight to be the last one standing in Battle Royale, join forces to make your own Creative games, or catch a live show at Party Royale. Download now and jump into the action on PlayStation 4, Xbox One, Switch, iOS, Android, PC, and Mac. Learn more at www.fortnite.com.

About DC
DC, a WarnerMedia Company, creates iconic characters, enduring stories, and immersive experiences that inspire and entertain audiences of every generation around the world and is one of the world’s largest publishers of comics and graphic novels. As a creative division, DC is charged with strategically integrating its stories and characters across film, television, consumer products, home entertainment, interactive games, and the DC Universe Infinite digital subscription service and community engagement portal. For more information visit dccomics.com and dcuniverseinfinite.com.