Hello and welcome to Multiversity’s look at the “Best of the Rest”, where we try to summarize what’s coming your way in the now-available March 2017 Previews catalog. Having already taken a look at what Marvel, Dark Horse, DC, and Image have lined up for us, it’s now time to check out pretty much every single other publisher working today!

That said, let’s dive in!

Dynamite’s Bond series has consistently proven to be a decent little spy story. Thanks to the warm reception, the publisher has been able to attract bigger and bigger talent. The thing to note here is that the script’s by Kieron Gillen. For a writer whose work tends to lean more toward the grandiose and sprawling, it’s almost more exciting to watch him work with a more limited page count. Antonio Fuse also proved capable of delivering symphonic violence with “Drive,” so the cards are definitely stacked in this book’s favor.

“James Bond Service Special”
Written by Kieron Gillen
Illustrated by Antonio Fuso
Published by Dynamite Entertainment
In contemporary politics, where Britain’s world standing is often more zero than 007, an assassin plans to exterminate the “special relationship,” and lead Britain and the United States into a very dark place…especially when he does so by aiming down the sights of an ancient Enfield rifle! It’ll test Bond’s deadly talents to their limits, in order to defeat the assassin and avert certain geopolitical disaster… A stand-alone, oversized special written by Kieron Gillen (The Wicked + The Divine, Darth Vader) and drawn by Antonio Fuso (Torchwood, Drive) with their thrilling take on the icon of espionage. Featuring a cover by Jamie McKelvie (The Wicked + The Divine)! 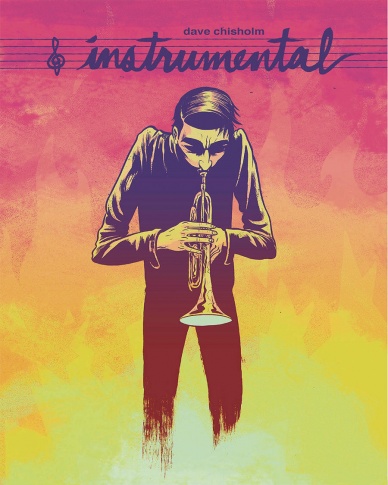 Dave Chisholm, musician and cartoonist, offers up the latest spin on the Faustian tale in graphic novel form, centered around this trumpet player whose music is literally slaying. Chisholm draws in a stark black-and-white and honestly, his way of depicting music is pretty dope. One of the coolest things about this book is that every copy comes with a download code for a jazz soundtrack composed by Chisholm.

“Instrumental”
Written and Illustrated by Dave Chisholm
Published by Z2 Comics
Tom is a solid, but not great, musician.Tom aches for the next level, whatever that is. And as musicians are wont to do in magical fables, he meets a mysterious stranger with a seemingly simple offer: take a battered old trumpet for free, and just enjoy it,whenever Tom plays it, the extraordinary music blows away his growing throngs of fans, and deadly mishaps start to follow. Tom may not have sold his soul for the music of the heavens, but he seems to have bargained away something much more serious. 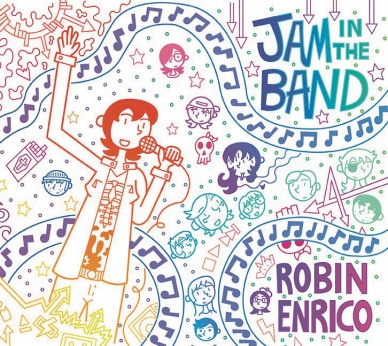 If you go take a look at Robin Enrico’s blog, you’ll see a visual eye that finds some striking imagery within chaos. Alternative Comics offers up this visually engaging rock-and-roll story where the presentation seems to capture the spirit of the music it’s depicting.

The rise and fall of the all-female junk-rock band Pitch Girl. Lead singer Bianca is willing to give up everything to make her dream into a reality, while her band mates Tiara and Corbin feel a much stronger pull towards the comforts of home and intimacy. 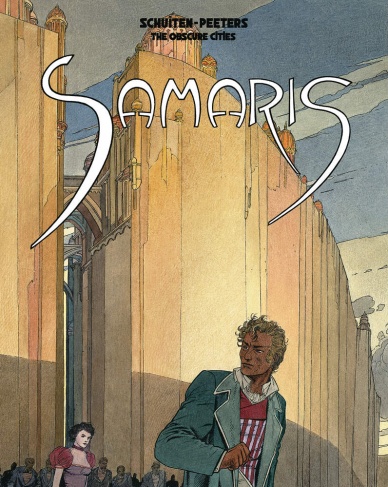 If the constant stream of licensed materials means that IDW is about to afford bringing more comics from around the world to American shelves, then I guess I can deal with the constant thrum of “Transformers” and “G.I. Joe” titles. “Samaris” is the first part of Benoît Peeters and François Schuiten’s “The Obscure Cities” series, first published in 1983. It’s coming our way with new coloring (which maybe doesn’t always work the best, take a look at one of the early English editions of “The Incal”) and a better translation. I have no idea what this series is about, but I’m stoked to see it.

“Samaris”
Written by Benoît Peeters
Illustrated by François Schuiten
Published by IDW
“Samaris” is the first volume of the chronicles of “The Obscure Cities”, published as a graphic novel in 1983 in French and published for the first time in English in 1987 as “The Great Walls of Samaris.”

This edition, marking the 30th anniversary of the original English language publication, features an expanded main story, an all-new creator-approved translation, and new coloring. The book also contains the never before published-in-English “THE MYSTERIES OF PAHRY,” a THE OBSCURE CITIES story, originally published in four parts, three in the French comics magazine, “A Suivre,” from 1987 through 1989, and in the December 1994 issue of “Macadam-plus.”

6. I Bet This Started as a Joke 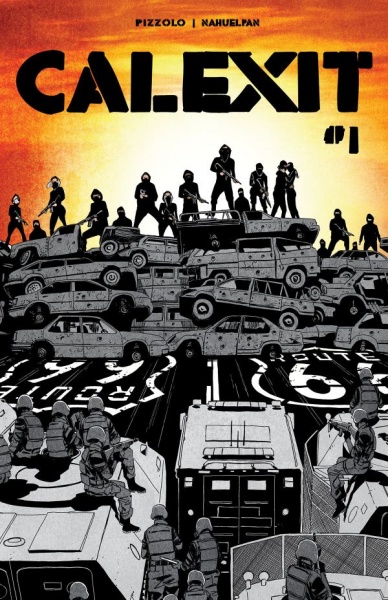 This new series from Matt Pizzolo and Amancay Nahnelpan may strike a little too close to reality for us, but I guess it’s a nice relic from a time when we thought people were aware enough to not grant power to an immature autocrach. Though this book was undoubtedly envisioned before the current administration took office in the United States (and before Brexit was put into effect in Britain), it seems like it will be benefit from being part of the cultural pulse.

“Calexit” #1
Written by Matt Pizzolo
Illustrated by Amancay Nahelpan
Published by Black Mask Studios
What if a fascist, autocratic President took over the United States? And what if that President lost California, the sixth largest economy on Earth, by nearly 2-to-1…a margin of almost 3 1/2 million votes? What if the day after that President took power, the largest mass demonstration in history occurred, and the state with the largest turnout was California. And then, the following week, two of the largest international airports in the world, California’s LAX and SFO, were blockaded by protesters? What if California refused to be ruled? From the creators of YOUNG TERRORISTS, Matteo Pizzolo (GODKILLER) and Amancay Nahuelpan (CLANDESTINO), comes this tale of resisting oppression, punching Nazis, protecting each other, kicking ass, and demanding liberty for all. 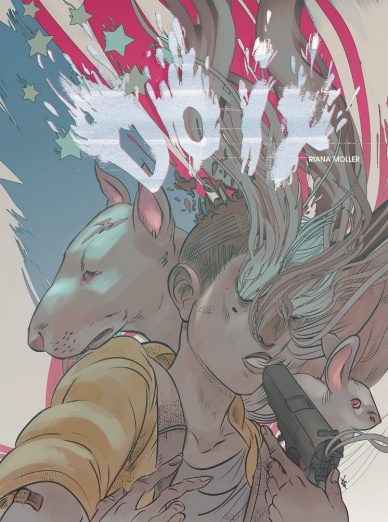 It’s easy to forget how well comics can use visuals to truly explore a theme or illustrate an emotion, as opposed to constantly having these big budget renditions of people punching other people. This is a memoir of a heavy subject and everything I’ve seen from Riana Mallner suggests he plans to use the medium to a terrifying and unsettling effect.

“Do It”
Written and llustrated by Raina Moller
Published by One Piece Books
A look into the mind of a school shooter, from an artist who once planned an attack herself. “Do it,” is what Riana Moller told herself as she fantasized and planned about the day she would kill her classmates to free herself from their bullying. She wrote a manifesto. She drew maps of the school. But before she ever acted on her violent ambitions, she found an exit from the cycle of pain and delusion that had consumed her. This chronicles her journey from fear to freedom in hopes that other suffering young people will find the peace that she did. 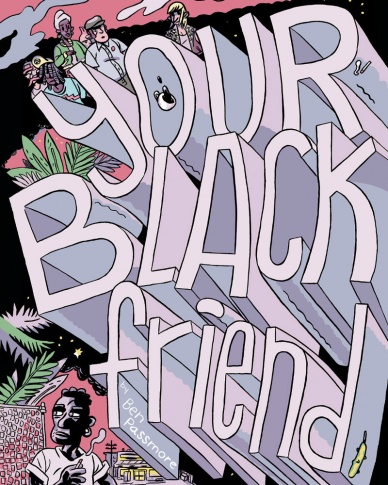 I’ve seen segments and sections of this comic essay making the rounds online, so it’s exciting to see it in a full book from AdHouse. Thought-provoking and eye opening, Passmore uses his simple-looking cartooning style to truly open and explore the world.

“Your Black Friend”
Written and Illustrated by Ben Passmore
Published by AdHouse Books
Ben Passmore’s necessary contribution to the dialogue around race in the United States, Your Black Friend is an open letter from your black friend to you about race, racism, friendship and alienation.

3. Because the Corporate Companies Aren’t Interested in Doing This Anymore 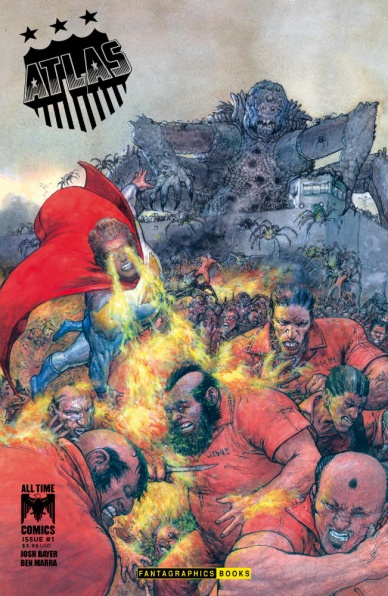 Here’s the next in the Fantagraphics shared superhero universe initiative. All right, but really, who cares what this is about when Josh Bayer and Benjamin Marra are contributing? Of course, I’m writing this before the first “All Time Comics” comes out, so the whole thing could be a total load of shit.

“All Time Comics: Atlas” #1
Written by Josh Bayer & Benjamin Marra
Illustrated by Benjamin Marra
Published by Fantagraphics
The American public is being manipulated. The media is powerless. The Congressman is corrupt. Can Atlas save us? Or will be defeated…. by his own deepest fears? Writer Josh Bayer and acclaimed artist Ben Marra (Terror Assaulter: O.M.W.O.T.) present the darkest, the most political, the most relevant and the most fantastic ALL TIME COMICS adventure yet. Read it now, before Congress says you can’t! 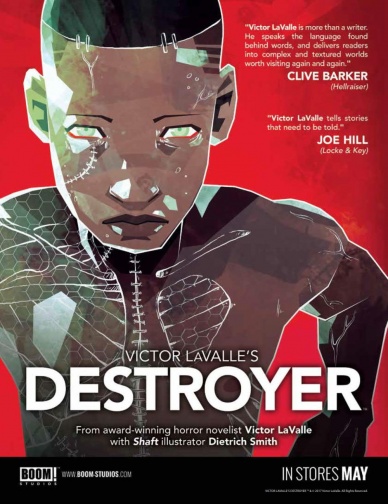 Boom!’s the latest publisher to attract someone from the literary/prose world into sequential storytelling. They’ve teamed Vicotor Lavalle (Big Machine) with Dietrich Smith for this story about a mad scientist trying to bring her son back to life after he falls victim to police violence. It’s a play on Frankenstein. The medium switch doesn’t always work out for some writers, but Lavalle has always exhibited a rhythm and pace that could easily translate over.

Written by Victor Lavalle
Illustrated by Dietrich Smith
Published by Boom! Studios
When the last descendant of the Frankenstein family loses her only son to a police shooting, she turns to science for her own justice…putting her on a crash course with her family’s original monster and his quest to eliminate humanity. An intense, unflinching story exploring the legacies of love, loss, and vengeance placed firmly in the tense atmosphere and current events of the modern-day United States. 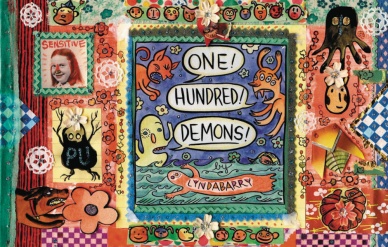 You had me at Lynda Barry.

Written and Illustrated by Lynda Barry
Published by Drawn & Quarterly
Inspired by a 16th-century Zen monk’s painting of a hundred demons chasing each other across a long scroll, acclaimed cartoonist Lynda Barry confronts various demons from her life in seventeen full-color vignettes. In Barry’s hand, demons are the life moments that haunt you, form you and stay with you: your worst boyfriend; kickball games on a warm summer night; watching your baby brother dance; the smell of various houses in the neighborhood you grew up in; or the day you realize your childhood is long behind you and you are officially a teenager. As readers get to know Barry’s demons, they realize that the actual truth no longer matters because the universality of Barry’s comics, true or untrue, reigns supreme.

Soliciting Multiversity: The Best of the Rest for April 2020

Hello and welcome to Multiversity’s look at the “Best of the Rest,” where we try to summarize what’s coming your way this April 2020. We’ve already looked at DC, Marvel, Image, and some manga options. Now let’s check out what else the Previews Catalog has in store for the rainiest month of the year.Get your […]

Welcome back, manga fans! Since Previews has a section of the catalog dedicated to manga, we’ll be highlighting that section’s most notable upcoming releases every month. Read on to see what stuck out to us!10. Princes! Aftermath! Plots! Vaguely Scandanavian-sounding names!To be honest, this solicit is just a bunch of Fantasy tropes that I have […]

There is a lot to look forward to in April. We have not one, but two events with tie-ins galore, not to mention a plethora of “Black Widow” related comics in preparation for the upcoming film. This is the first time in a while that an “Honorable Mention” list would be just as long as […]