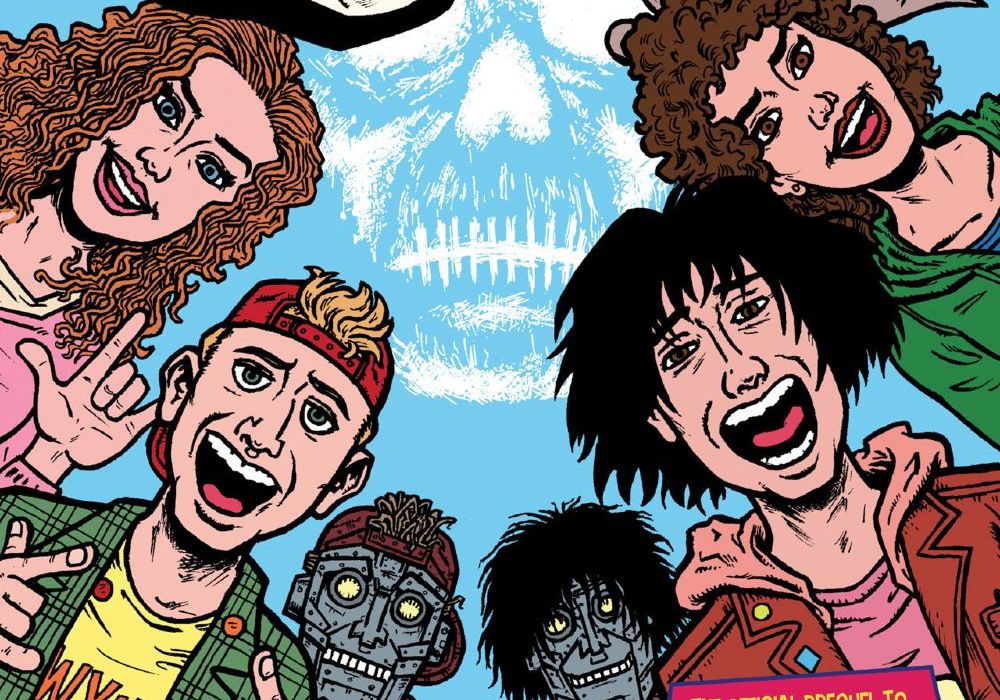 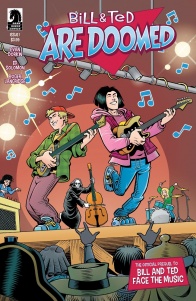 “My first full-time job in comics was adapting ‘Bill and Ted’s Bogus Journey’ in 1991,” said Dorkin. “Now, in 2020, I’m writing a sequel — that’s also a prequel — with the input and blessing of Ed Solomon, and the artwork of Roger Langridge, one of my all-time favorite cartoonists. It’s been a total blast to work on, and I truly hope the fans have a most excellent time reading it.”

The new comic serves as a prequel to the upcoming film Bill & Ted Face the Music, showing how the stress accumulated in trying to write the song to bring world peace is affecting their personal lives, with Bill & Ted struggling to keep being excellent to each other. With lost fans and lost hopes stacking up, they decide to energize their mission by going on a world tour.

“I think Bill and Ted strike exactly the right tone for these times,” Langridge said. “Their good spirits and most excellent hearts are the tonic we all need. And it’s an absolute, tick-one-off-the-bucket-list delight to be working with the incredible Evan Dorkin. I’m really proud of this comic.”

The four-issue mini-series begins on September 9, with cover art by Langridge and a variant by Dorkin. Bill & Ted Face the Music hits theaters in the meantime on August 14, 2020.