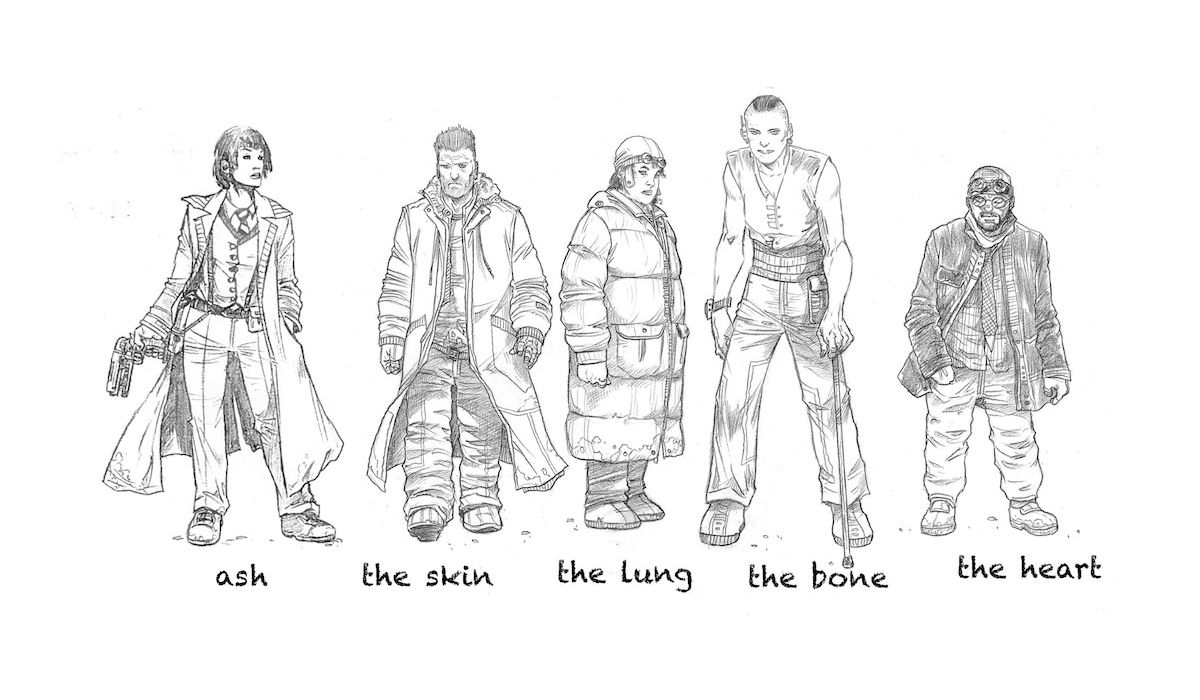 Titan Comics have announced “Blade Runner 2019,” a new comic book series based on the cult sci-fi film series Blade Runner. It will be written by Blade Runner 2049 screenwriter Michael Green, and Mike Johnson (IDW’s “Star Trek” comics), with art by Andres Guinaldo (the New 52 era “Justice League Dark”). As the title suggests, the film will take place during the original Blade Runner film, but it will follow a female replicant hunter named Ash instead. Here’s the full press release:

Launching this summer, Titan Comics’ new series will be set during the exact timeframe of the original Blade Runner film, and feature a (mostly) new set of characters and situations.

One featured character is Ash, a female Blade Runner who is more than she seems, shown here in this behind-the-scenes line-up sketch. But her creators are staying tight-lipped about storylines and fans will have to wait for more details to emerge.

“I was 19 when I first saw Blade Runner and I left the cinema dazed and stunned,” stated Titan editor David Leach. “Frankly, it blew my tiny little art school mind so the opportunity to work on this new comic set in that same world is an absolute thrill and honour!”

“We are excited about exploring and expanding the Blade Runner universe,” said Alcon’s Director of Publishing, Jeff Conner. “The 2019 setting provides a broad canvas for the creative team to present fresh stories and compelling characters.”

The new Blade Runner 2019 comic series is part of a line of original comics and graphic novels by Alcon Media and Titan, which will add to the expanding canon of this celebrated science-fiction world.

Look for further announcements about this thrilling new slate of Blade Run­ner comics in the coming months.

Not counting BOOM! Studios’ comics based on Philip K. Dick’s original novel Do Androids Dream of Electric Sheep?, “Blade Runner 2019” will be the first Blade Runner comic book since Marvel’s adaptation of the film from 1982. Alcon Entertainment, which co-produced Blade Runner 2049, announced the deal with Titan Publishing for a line of books based on the films last year, several months after the sequel’s release.