“Bloodshot Salvation” just launched in September, but big plans – dare I say, spooky plans – are in the works for the book’s second arc, starting in February. We can exclusively reveal details about that second arc, titled ‘Book of The Dead.’ If that title sounds familiar to you, it is because it is quite similar to “Book of Death,” which is a part of recent Valiant lore, having been explored in a miniseries/event back in 2015.

But that’s not all; two of Valiant’s major characters without titles right now – Shadowman and Dr. Mirage – are also part of this new arc. Writer Jeff Lemire, who has been handling the Bloodshot saga for some time now, is joined by Renato Guedes (“Wolverine,” “Superman”) for the arc. We also can exclusively reveal five of the covers for #6, by Guedes, Kenneth Rocafort, John Bivens, David Lafuente, and Jim Mahfood.

Read the full press release below, stay tuned for more information, and make sure to pick up the arc when it hits next year. 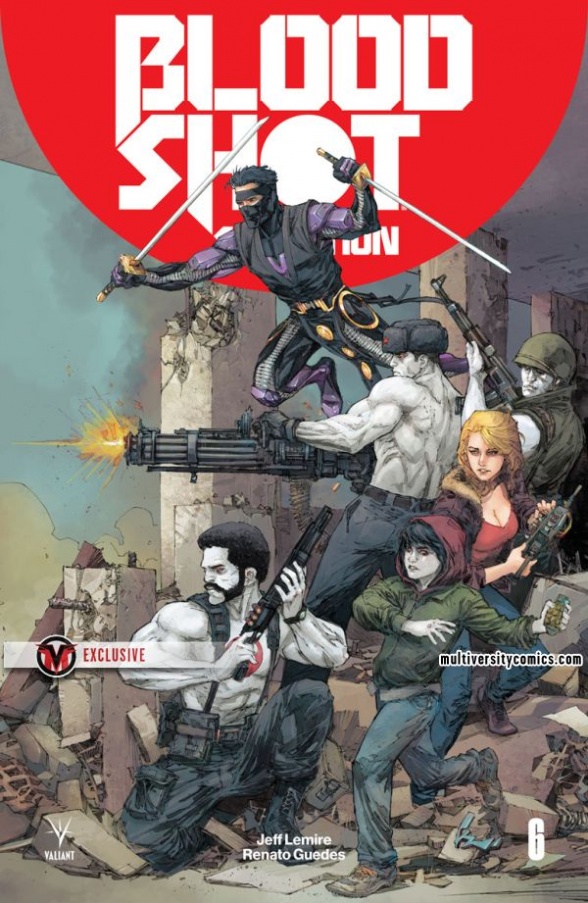 Cover A by Kenneth Rocafort 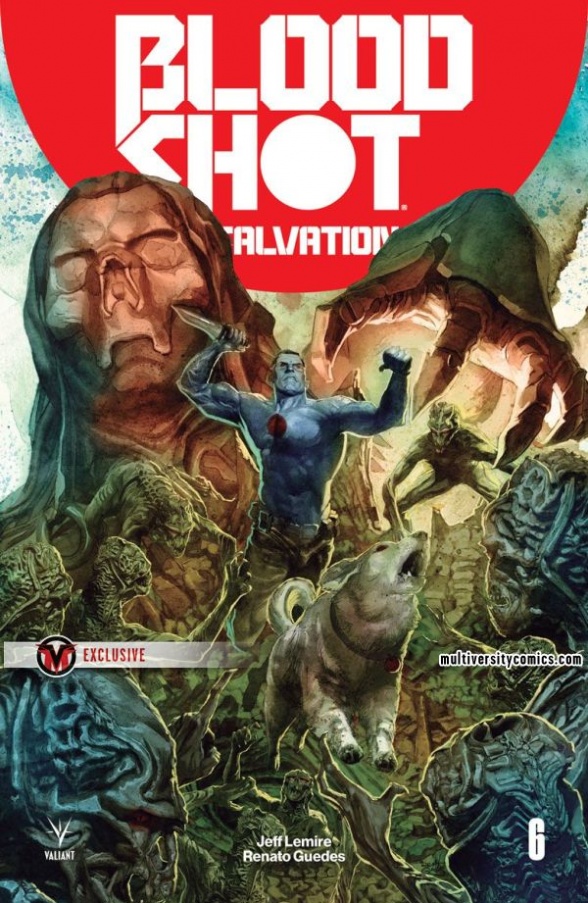 Cover B by Renato Guedes 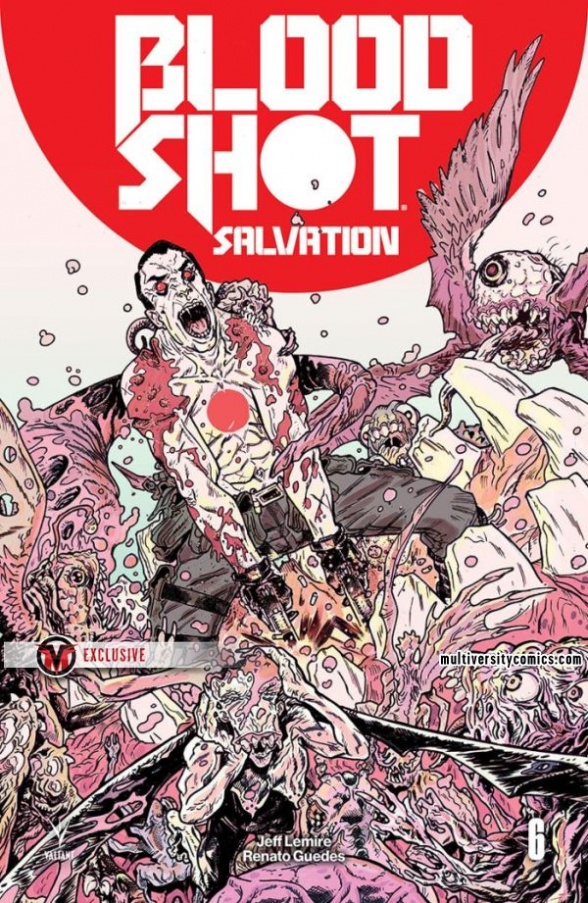 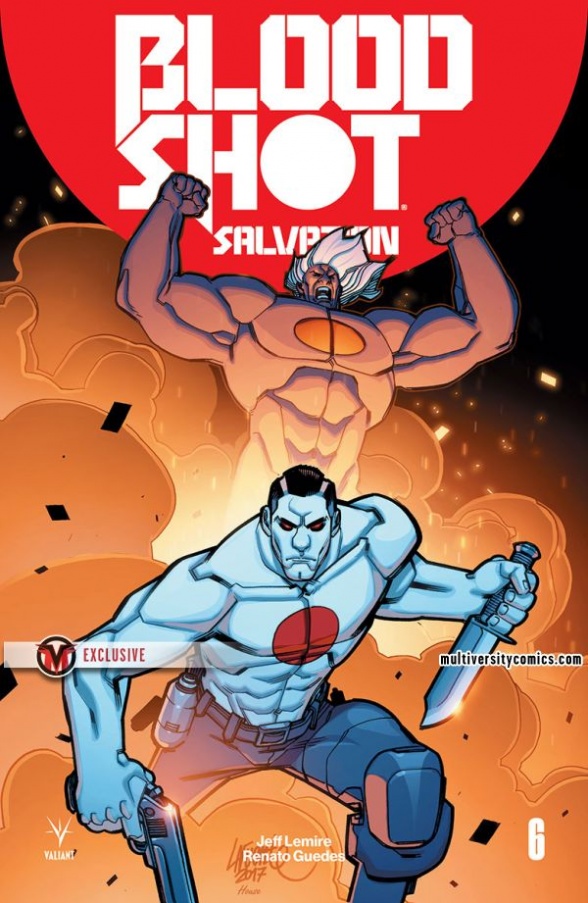 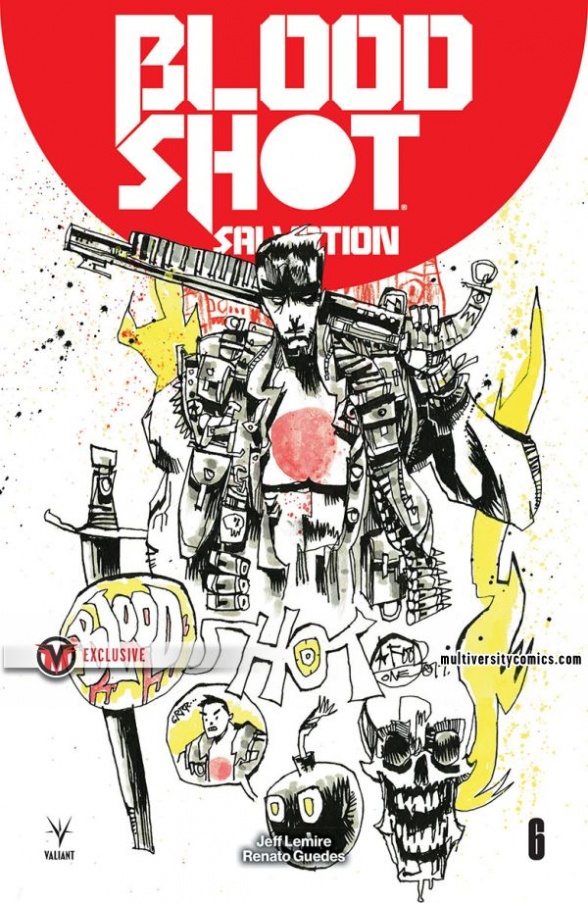 In 2018, Bloodshot is entering the unpredictable spirit realm known as Deadside to strike the ultimate bargain of life and death!

As first revealed at Multiversity Comics, Valiant is proud to announce BLOODSHOT SALVATION #6 – the FIRST ISSUE of “THE BOOK OF THE DEAD,” an ALL-NEW ARC and TERRIFYING NEW JUMPING-ON POINT for the BLOCKBUSTER ONGOING SERIES from New York Times best-selling writer Jeff Lemire (BLOODSHOT REBORN, Black Hammer) and astonishing artist Renato Guedes (Wolverine)! On February 14th, Jeff Lemire’s Eisner Award-nominated superhero saga kicks off the New Year with an astonishing new beginning as Project Rising Spirit’s walking weapon of war sets forth into the darkness to barter for life with the ruler of the land of the dead…

Into the Deadside! Years ago, Project Rising Spirit’s cutting-edge nanite technology transformed Ray Garrison into the walking weapon codenamed Bloodshot. Now, those very same microscopic machines have infected his infant daughter’s physiology and threaten to destroy her from the inside out. As the life of an innocent hangs the balance, Bloodshot will be forced to make an unimaginable decision: to watch the child he loves die, or to confront death itself…and strike a bargain for her safety. Now, with the supernatural heroes known as Shadowman and Dr. Mirage to guide him, Bloodshot is about to undertake a unreal journey into the demon-haunted dimension known as the Deadside to save a life…or sacrifice his own…

Plus: Magic and the Bloodshot Squad lead an assault on OMEN for the rescue attempt of a lifetime!

But first: All roads lead to revenge on November 15th as master storytellers Jeff Lemire, Lewis LaRosa, and Mico Suayan barrel forward with the next must-read chapter in Valiant’s punishing crusade of violence, villains, and vengeance in BLOODSHOT SALVATION #3! In the footsteps of X-O MANOWAR and SECRET WEAPONS, the next sold-out series from Valiant’s ICONS initiative brings down the hammer this fall as Ray Garrison confronts a deranged zealot connected to his own family’s dark past…even as his wife and daughter find themselves hunted by the brutal powerhouse called Rampage!