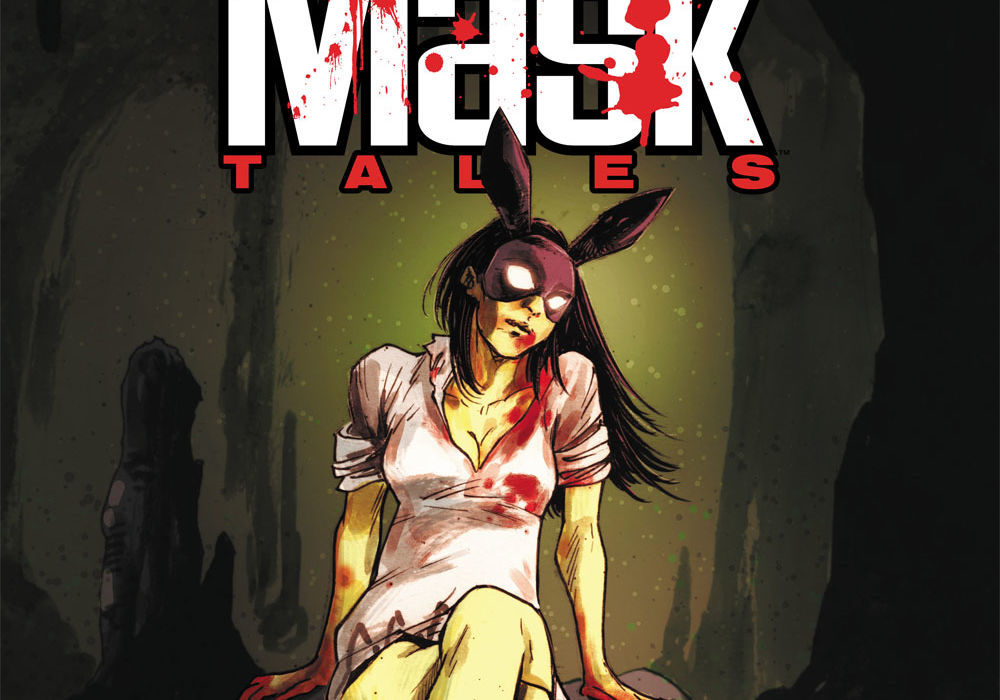 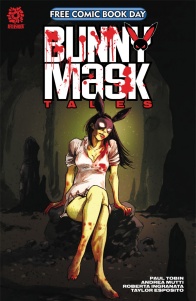 The first story will focus on Tyler Severin, the man who accidentally freed the titular entity, and his developing relationship with her, while the second will see Bunny Mask deal with a “a criminally nosy neighbor,” who saw “more than he’d thought possible, and far, far too much.”

The comic will be available on Free Comic Book Day, held Saturday, May 7, 2022. It will be released roughly around the same time as Tobin, Mutti, and Esposito’s second Bunny Mask series, “Bunny Mask: The Hollow Inside,” arriving sometime in Spring 2022. Read on for an interior preview, as well as a Q&A with Tobin; you can also check out the rest of the newly announced Silver FCBD offerings here. 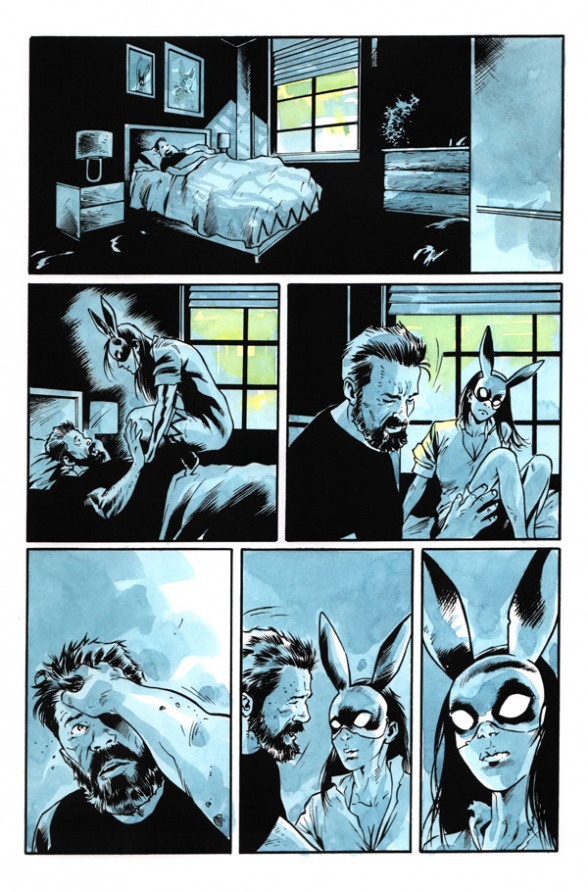 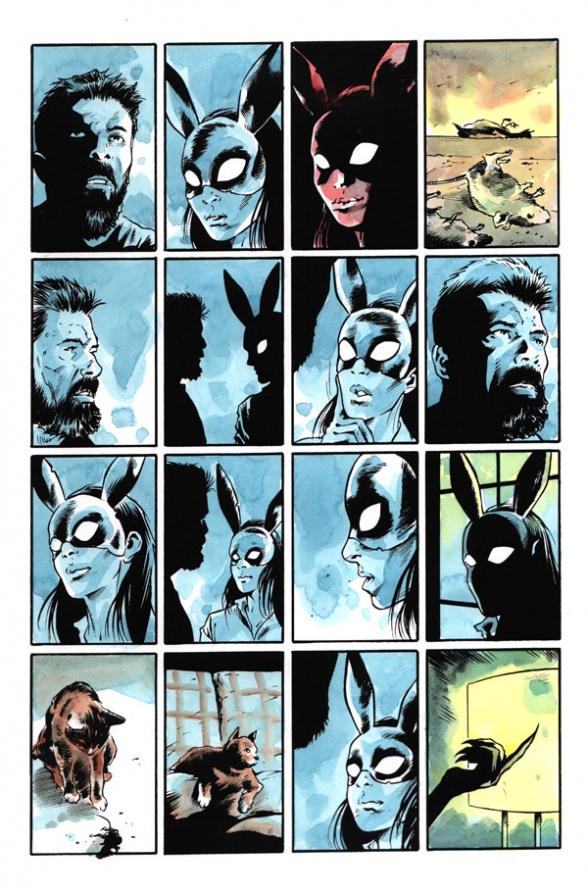 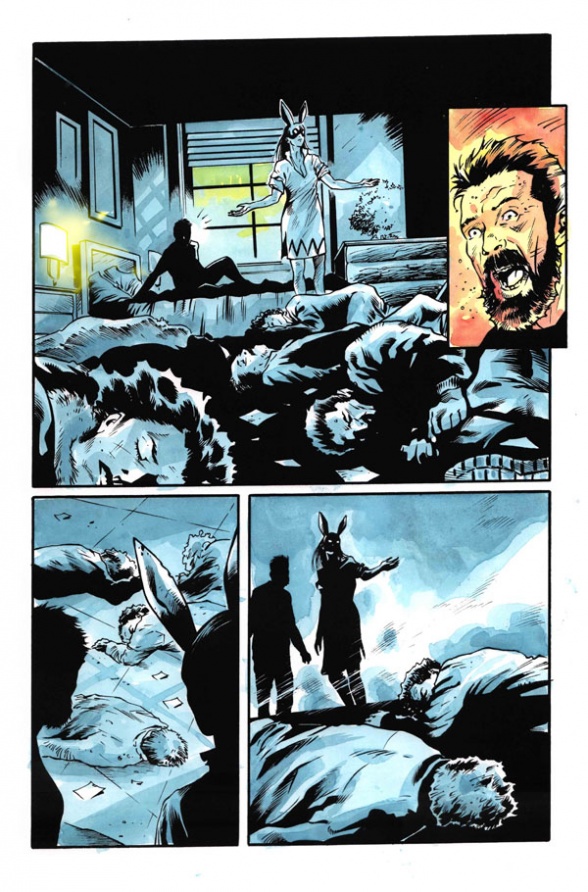 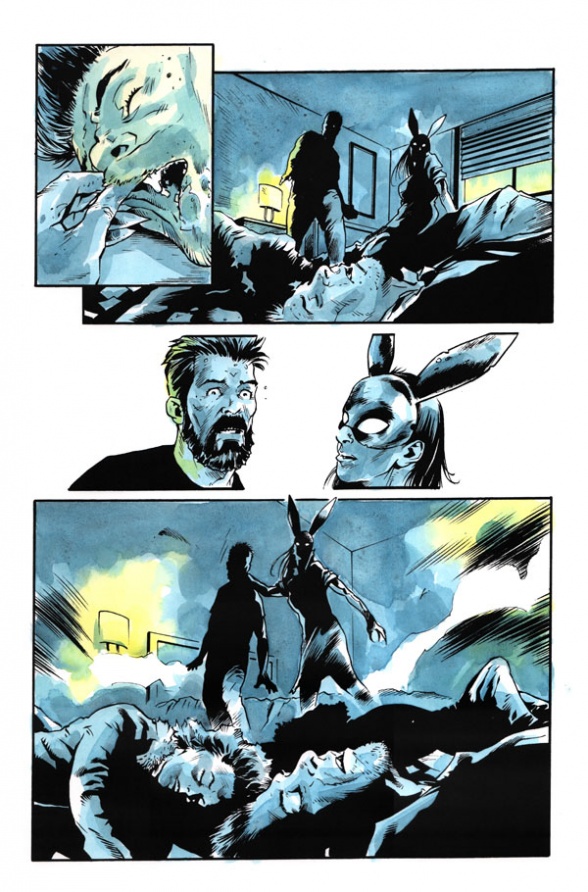 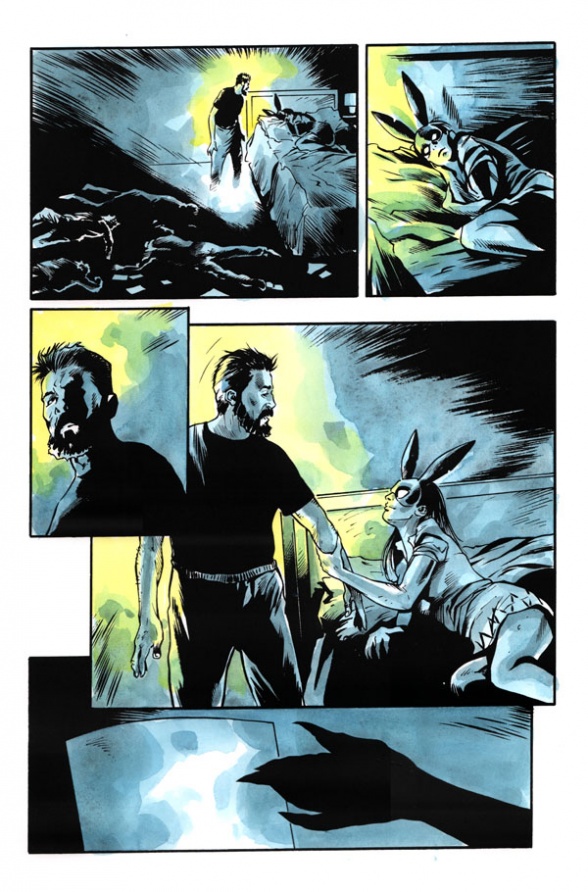 PAUL TOBIN ON BRINGING READERS UP TO SPEED ON WHAT BUNNY MASK IS ABOUT AND HOW THIS FCBD TITLE TIES INTO IT:

“The story centers on Tyler Severin, who has accidentally awoken Bunny Mask, an ancient, unfathomably eerie supernatural creature of great power, one who wants to seek out and eradicate what she considers ‘sickness’ in our world. But her perceptions of sickness, and her solutions to the problems, are often as frightening as the sickness itself. It’s rather like Tyler has the girl from The Ring in his life. Our FCBD comic has two tales, one that further develops Bunny Mask’s strange relationship with Tyler, and another that gives readers a look at what Bunny Mask is up to when she’s away from Tyler, and the people who pay the price for her presence.”

AS A FCBD OFFERING, BUNNY MASK TALES WILL BE ENJOYED BY TENS OF THOUSANDS, INCLUDING NEWCOMERS TO THE ANCIENT LEGEND. PAUL TOBIN ON SOMETHING HE FEELS READERS SHOULD KNOW BEFORE DIVING IN:

PAUL TOBIN ON IF HE HAS A FAVORITE CHARACTER AND/OR PANEL IN THIS NEW BOOK, AND WHY?

“There’s an interaction between Bunny Mask and Tyler’s next door neighbor that I’m particularly fond of. Can’t give it away at this point, but there are a couple lines that Bunny Mask speaks that resonated within me for days after I wrote them.”