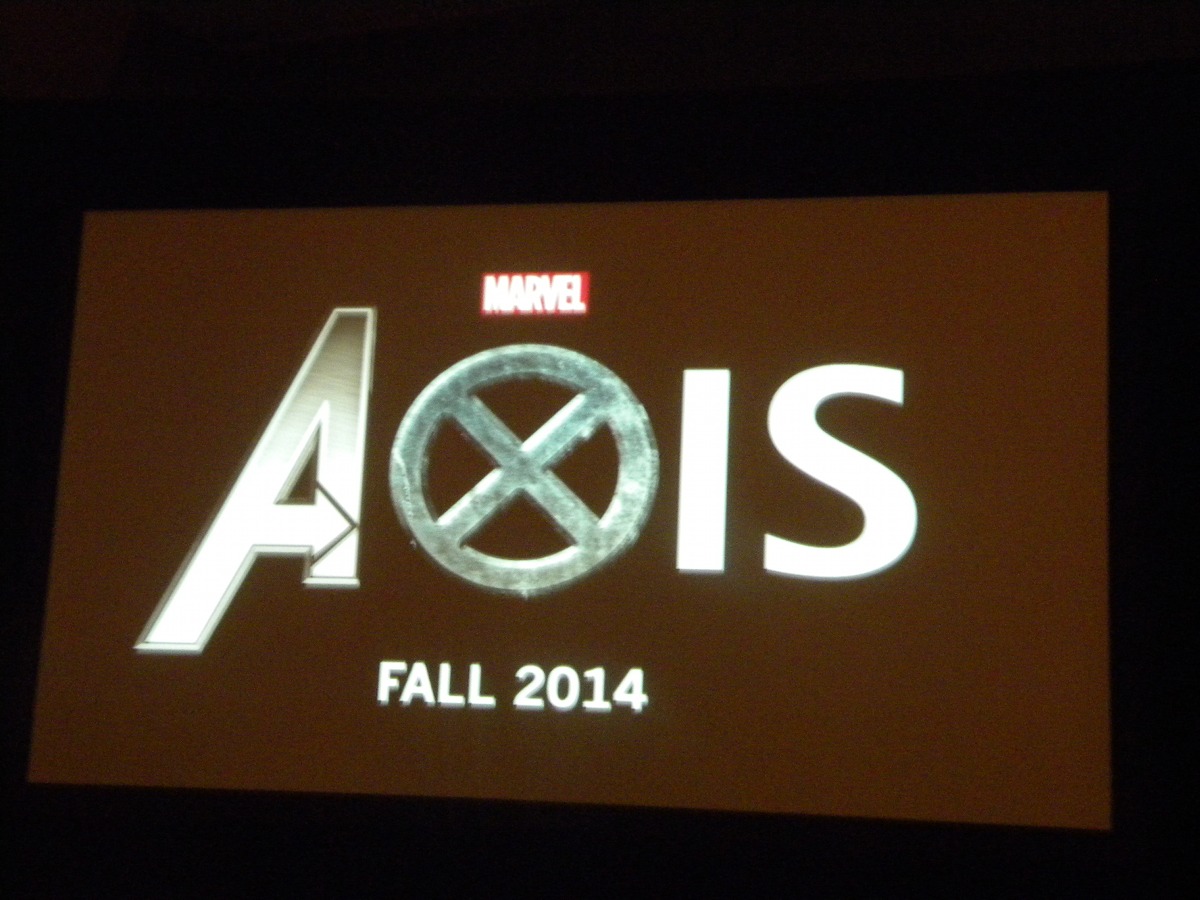 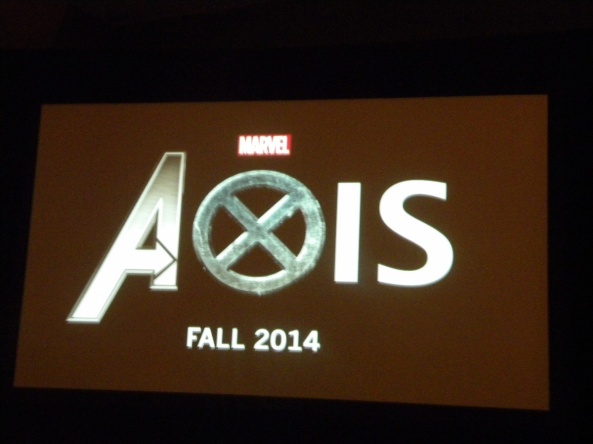 As teased at the end of Marvel’s big C2E2 panel today, it looks like their next big event will be called “Axis,” and it clearly has something to do with the Avengers and the X-Men.

If we take into consideration some stuff we reported last week, I’d even go so far as to say that this will be another Hickman-written event, and it’ll likely deal with stuff spinning out of his “Avengers” run. That’s barely even really speculatory, is it? Perhaps it’s even a Bendis/Hickman event, given the X-Men’s involvement and all that Bendis has been doing with the characters recently.

And it probably stands worth noting that “Original Sin” is not even out in stores yet. Just in case you were wondering. It does end in August, though, which pretty much secures this for a September release — at least for the Point One and/or Zero issue.

Does any other company do things in September? I can’t recall.