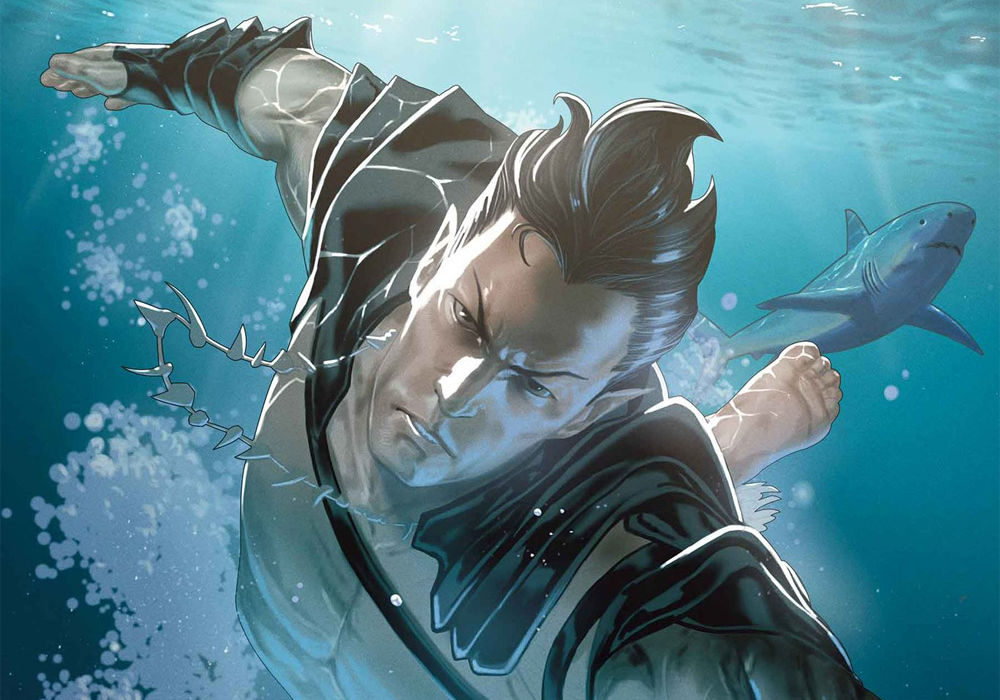 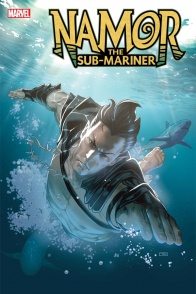 Via Twitter, writer Christopher Cantwell and artist Pasqual Ferry will collaborate on a post-apocalyptic “Namor the Sub-Mariner” series, also called “Namor: Conquered Shores.” Set 100 years in the future, the book finds the ruler of Atlantis now king of a mostly flooded Earth. Facing the “twilight years” of his life, the traditionally misanthrophic anti-hero sets out “on a mission of aid and mercy — to save [the] remaining humans on the surface.”

Cantwell states “This is the first idea I ever blind pitched to Marvel and I’m thrilled that they said yes.” He continues, “True to what I’ve done in the past, the supporting cast will surprise you, and pull from Marvel’s deeper past chapters. I love Bill Everett’s creation SO much, and of course he goes hand in hand with Carl Burgos’s creation I also hold dear… the Human Torch… So in a way, ‘Namor: Conquered Shores’ builds upon the first war of Marvel heroes in the Golden Age… and answers it with a rematch perched at the end of humankind itself. This book is basically my love letter to Marvel Comics itself.”

It was not specified when the book will debut, although it will presumably begin in October. It will coincide with the release of Black Panther: Wakanda Forever, in which Mexican actor Tenoch Huerta is heavily rumored to be playing the Sub-Mariner, although nothing has been confirmed at the time of writing. (For what it’s worth, Huerta has jokingly responded to alleged leaked images with a screenshot of Mermaid Man from SpongeBob SquarePants, captioned, “Tenoch images are leaked…”)