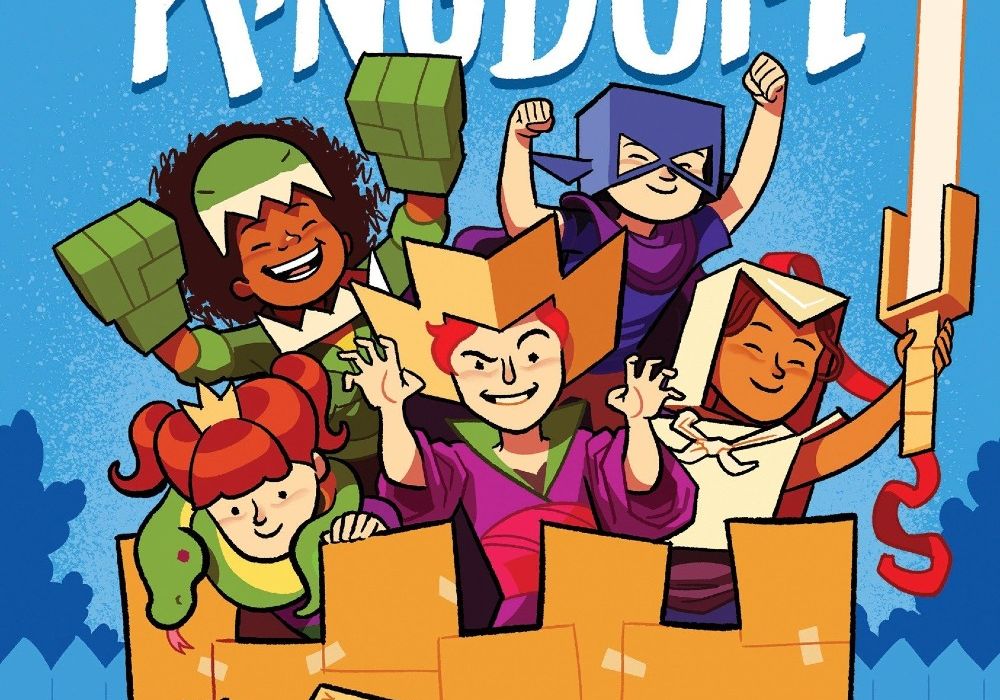 The award was announced as part of a June 14 ceremony at the Ann Arbor Comic Arts Festival. Random House Graphic Publishing Director and Graphic Novel TK host Gina Gagliano recorded “The Cardboard Kingdom”‘s win on Twitter and shared a photo of Sell accepting the award:

Congratulations to the amazing ⁦@chadsell01⁩ and THE CARDBOARD KINGDOM on winning the Dwayne McDuffie Award! Yay! pic.twitter.com/Pr3TTWzeMl

“The Cardboard Kingdom” was one of ten stories nominated for this year’s award, the fifth given out since writer Dwayne McDuffie’s untimely death in 2011. The award was established to honor McDuffie’s commitment to creating inclusive stories that speak to a variety of audiences, including younger readers.

If you have yet to read it, “The Cardboard Kingdom” follows a group of neighborhood kids who “transform ordinary boxes into colorful costumes, and their ordinary block into [a] cardboard kingdom.” The book was co-written by a number of authors, including Jay Fuller, David DeMeo, Katie Schenkel, Kris Moore, Molly Muldoon, Vid Alliger, Manuel Betancourt, Michael Cole, Cloud Jacobs, and Barbara Perez Marquez, while Sell oversaw the project and provided art for each chapter.