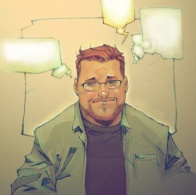 C.B. Cebulski, the newly appointed editor-in-chief of Marvel Comics, has admitted to Bleeding Cool that he wrote under the pseudonym of Akira Yoshida from 2003 to 2005. He stated:

“I stopped writing under the pseudonym Akira Yoshida after about a year. It wasn’t transparent, but it taught me a lot about writing, communication and pressure. I was young and naive and had a lot to learn back then. But this is all old news that has been dealt with, and now as Marvel’s new Editor-in-Chief, I’m turning a new page and am excited to start sharing all my Marvel experiences with up and coming talent around the globe.”

Since the 1980s, Marvel had a strict policy against editors writing their own titles – for example, Bob Budiansky stepped down after editing the first four issues of “The Transformers” to write that series himself. But up until the early 2000s, editors could write for other editors’ lines, a policy which changed right around the time that Cebulski’s pen name popped up. Using the identity of Yoshida, supposedly the son of a Japanese businessman who taught himself English by reading American superhero comics, he was able to write the Marvel miniseries “Elektra: The Hand,” “Kitty Pryde Shadow and Flame,” “Thor: Son of Asgard,” “Wolverine Soultaker,” “X-Men / Fantastic Four,” and the relaunched “X-Men: Age of Apocalypse.” He also wrote the Dark Horse series “Conan and the Demons of Khitai” under that name. 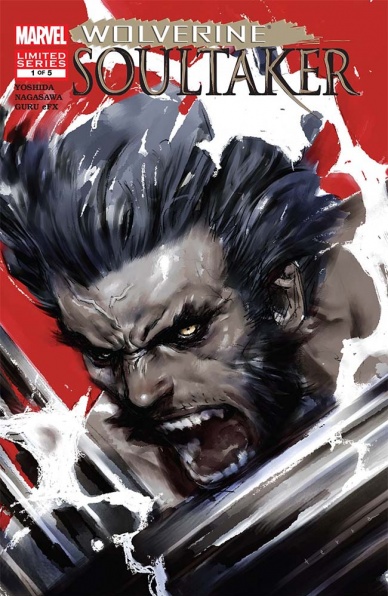 'Wolverine Soultaker,' one of the comics written by 'Yoshida'

It was in 2006 that Rich Johnston asked Cebulski if he was actually Yoshida, which he denied, promising pictures of visits to Marvel’s offices and at conventions to prove that, pictures which never materialized. The truth was exposed earlier this year by former Marvel editor Gregg Schigiel (“Pix”) in a podcast laying out the story, albeit with all the names changed. After Cebulski’s promotion, the podcast finally gained traction over the weekend on social media, with fans pointing out the many problems of a white writer posing as an Asian.

The issue is not unheard of in the publishing world, as was the case in 2015 when poet Yi-Fen Chou was exposed as Michael Derrick Hudson. Cebulski explained that he created the alter-ego to get writing work outside Marvel, only to find himself unintentionally hired by his employer. Eventually Cebulski went freelance, but kept silence on the lie to protect his career. When it became likely he would replace Axel Alonso, he confessed after reaching a deal, causing much anger at the company, but nevertheless the deal was made. There is mention of Marvel having made a “sanction” against Cebulski, but the nature and extent of which remains unknown.