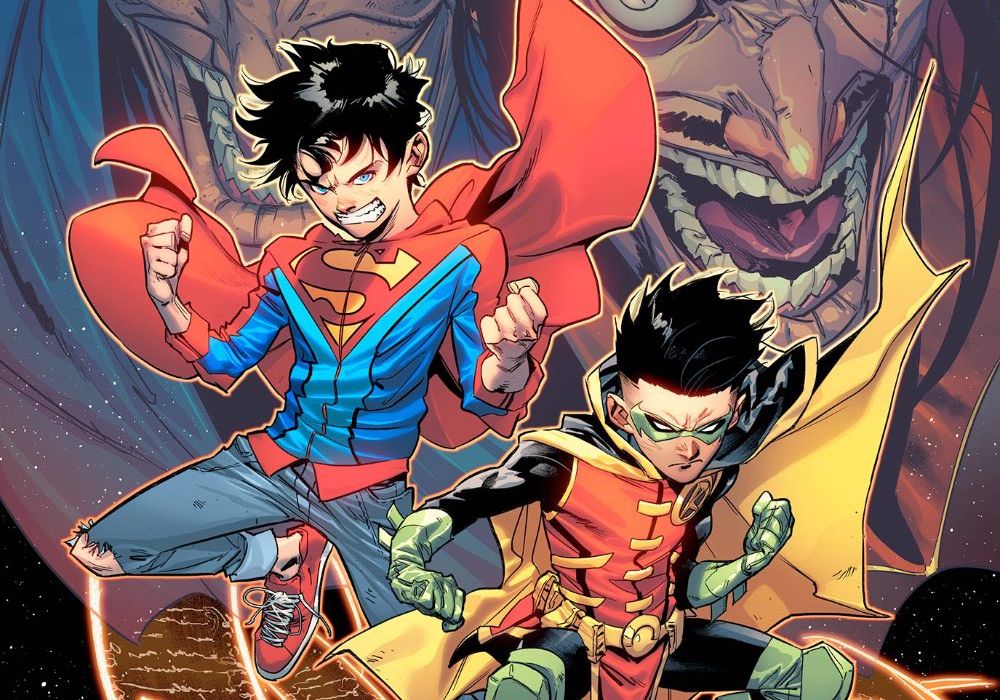 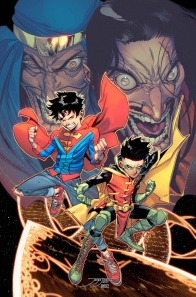 DC has announced that Damian Wayne and Jonathan Kent will join forces again for December’s “Challenge of the Super Sons,” from writer Peter J. Tomasi (“Detective Comics”) and artist Max Raynor (“Batman/Superman”). The new digital series will be released in fourteen 99¢ increments, with a season break in the middle of the publishing run.

The series will follow the sons of Batman and Superman as they encounter a new threat known as “the Doom Scroll,” an ancient parchment said to kill anyone whose names are written upon it. And the names of the Justice League have been added to the cursed list. Now the boys must save their superhero fathers, without anyone learning of their efforts, and cooperate long enough to do so.

“Jon and Damian are so different,” Tomasi says of the pair. “The angel and the devil on your shoulder so to speak — with each one having such a distinctive backstory and perspective that the drama between them is organic and damn easy to bring to life on the page. Best of all, it’s a helluva lotta fun!”

This will be Tomasi’s third volume of the “Super Sons” saga, following both 2017’s “Super Sons” and 2018’s “Adventures of the Super Sons,” directly after which this series picks up. While Raynor will handle interiors, “Super Sons” artist Jorge Jiménez will return to provide covers for the new series. There will also be guest spots from artists Jorge Corona (“We Are Robin”) and Evan Stanley (“Sonic the Hedgehog”).