Lucasfilm announced with a trailer today that the animated series Star Wars: The Clone Wars will return:

In a StarWars.com interview with Dave Filoni, the show’s supervising director, it was clarified the show’s return will consist of a 12-episode season on Disney’s upcoming streaming service.

The Clone Wars, which marks its tenth anniversary this year, aired on Cartoon Network until its fifth season in 2013, when it was cancelled following Disney’s acquisition of Lucasfilm. The 13 completed episodes of the sixth season, titled The Lost Missions, were released on Netflix the following year, while many of the show’s unproduced storylines were turned into the Clone Wars Legacy multimedia project.

The project included books like Dark Disciple and Ahsoka, and story reels for episodes like “The Bad Batch” arc being released on the official website. From the trailer, it appears the seventh season will include a completed version of the four “Bad Batch” episodes, as well as the Siege of Mandalore, a storyline involving Ahsoka Tano, Clone Captain Rex and Bo-Katan Kryze that was heavily referenced in Star Wars Rebels (which was set almost two decades after The Clone Wars).

On the official website, Filoni expressed amazement at the show’s revival, and expressed gratitude to the fans, whose enthusiasm for properly concluding the show convinced the powers at Lucasfilm. “Their enthusiasm is relentless, he said, “their love of these characters and stories hasn’t diminished. I actually think their voice has gotten louder as the years have gone by. It’s been very humbling to have their support and to have people continue to hashtag me, “#SaveTheCloneWars.”

The Disney streaming service is set to launch in the fall of 2019. In the meantime, Filoni is overseeing Star Wars Resistance, starting later this year on Disney XD, which takes the animated Star Wars universe to just before the events of The Force Awakens. And until then, you can read our retrospectives of The Clone Wars here on Multiversity, every week on Wednesday. 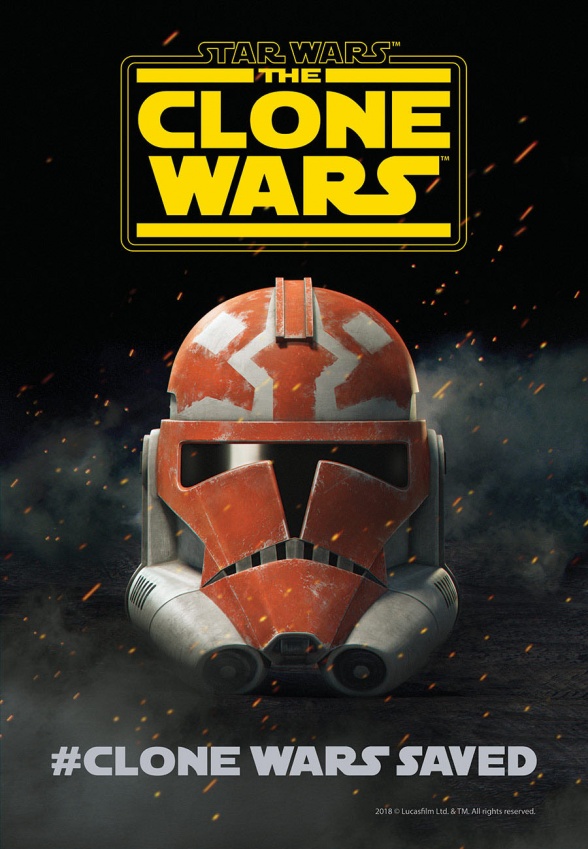