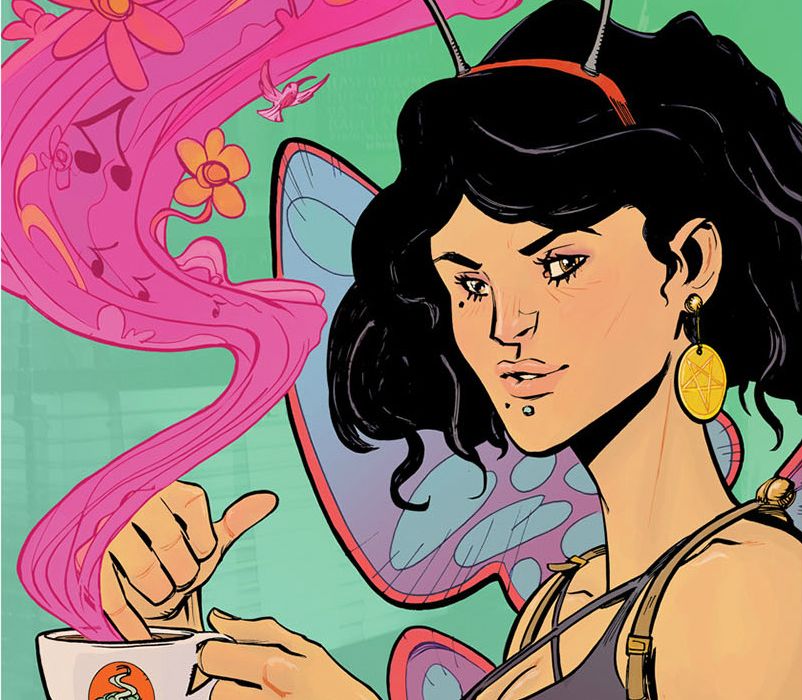 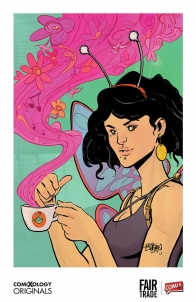 Via The Hollywood Reporter, Amazon have announced “Fair Trade,” the latest addition to their comiXology Originals line. The five-issue series will be written by Tini Howard (“Assassinistas,”) and illustrated by Eryk Donovan (“Gotham City Garage”).

According to Howard, “Fair Trade” follows “a miserable barista named Margot who is so artistically constipated she’s able to literally transfer her best ideas to other people, to watch them flourish.” Margot accidentally stirs up trouble with the Moonfly Mafia, a group of muses who can inspire humanity, but only if they pay for that pleasure. Described as “a book for magical girls-gone-bad,” Howard also says it’s a project she’s been working on for quite some time, “and like a pot of coffee, it only gets darker and funkier with age.”

Eryk Donovan told The Hollywood Reporter that the book “hits all the notes for me that I love about stories. It intermingles the fantastical and the real world, it’s sexy, very cool, and definitely mysterious.” To celebrate the announcement, Donovan will be signing a limited edition poster at the comiXology table in Artist Alley (#1B5) during New York Comic Con. He will also appear at comiXology’s two panels during the covention, ‘The New Comics Publishing Frontier’ and ‘The Voices of comiXology Originals.’

“Working with Tini Howard and Eryk Donovan, whose beautiful illustrations are bringing this to life, has been an absolute pleasure for us,” said Daniel Alter and Jeff Forsyth, founders of the book’s studio, Comix AF.

“Fair Trade” will be released on Amazon’s digital comics services sometime in the Spring of 2019.