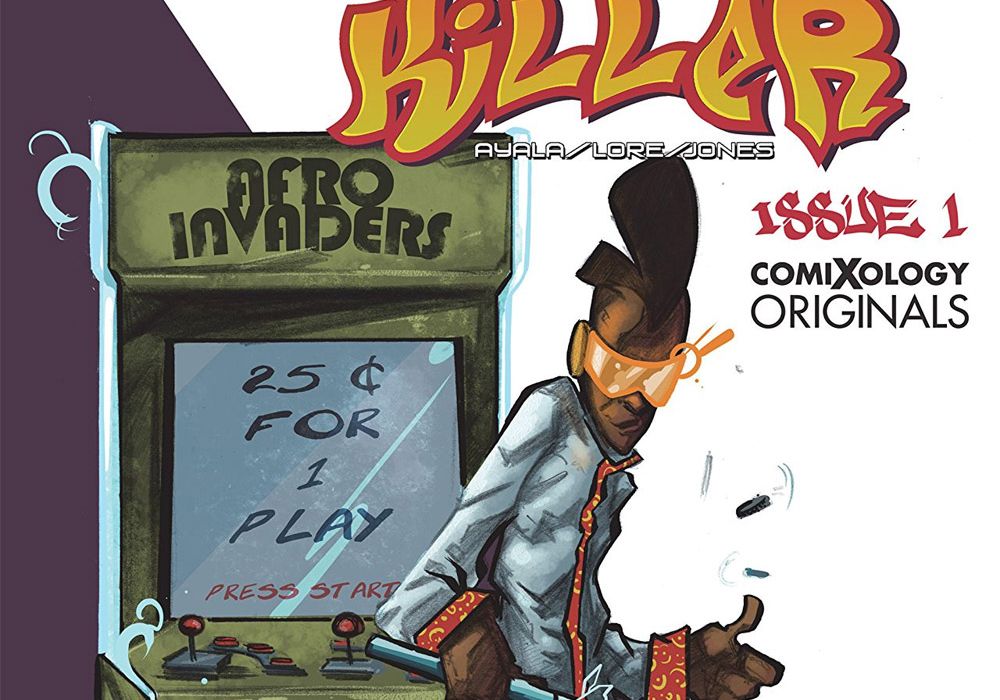 ComiXology have announced four new additions to the Originals line debuting every week next month. They are (in order of the first issue’s release), “Breaklands” (written by Justin Jordan with art by Tyassetta); “Field Tripping” (from writers James Asmus & Jim Festante and artist José García); “The Black Ghost” (by Alex Segura & Monica Gallagher with art by George Kambadais); and “Quarter Killer” (written by Vita Ayala & Danny Lore and illustrated by Jamie Jones). Here are the descriptions, start dates and covers for the first issue of each series: 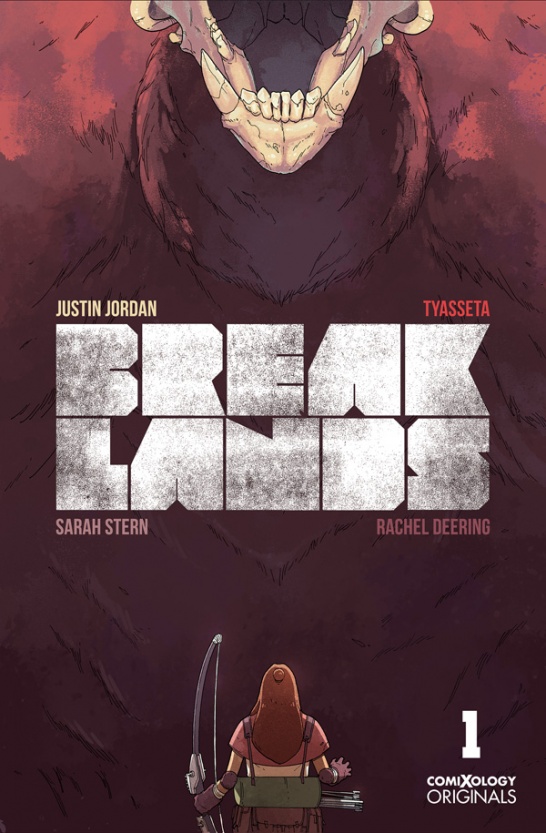 Written by Justin Jordan, the co-creator and writer of The Strange Talent of Luther Strode, with art by acclaimed artist Tyassetta, colors by Sarah Stern, and lettering by Rachel Deering.

Set 150 years in the future, Breaklands features a world where everyone has powers… except for one young woman, Kasa Fain, who is desperate to find her recently kidnapped brother.

Breaklands #1 will be available on September 4th 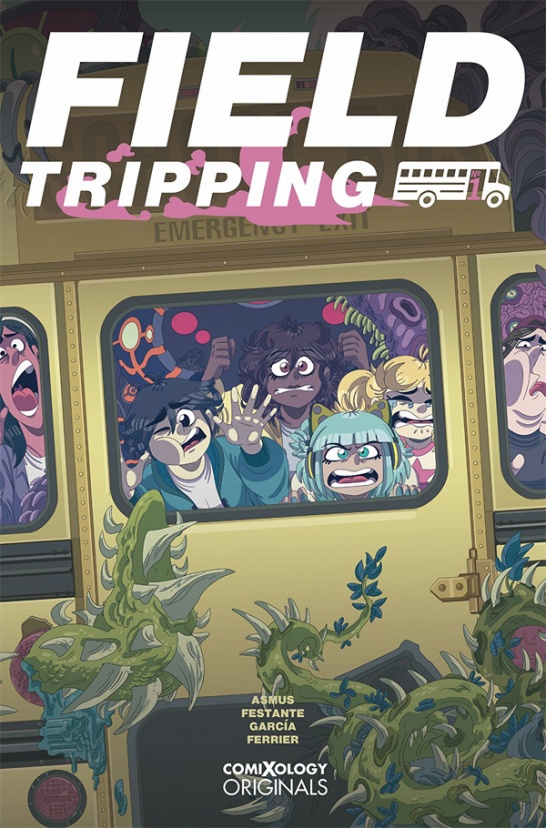 Co-written by James Asmus and Jim Festante, collaborators on media properties like, Rick & Morty presents Mr. Meeseeks, The End Times of Bram & Ben, and animation development for Stoopid Buddy and Flying Rock Entertainment, with art by José García and lettering by Ryan Ferrier.

A multiverse-spanning, all-ages story about a flighty teacher with an interdimensional traveling school bus and her students who become stranded – jumping between bizarre worlds but never able to go back to theirs.

Field Tripping #1 will be available on September 11th 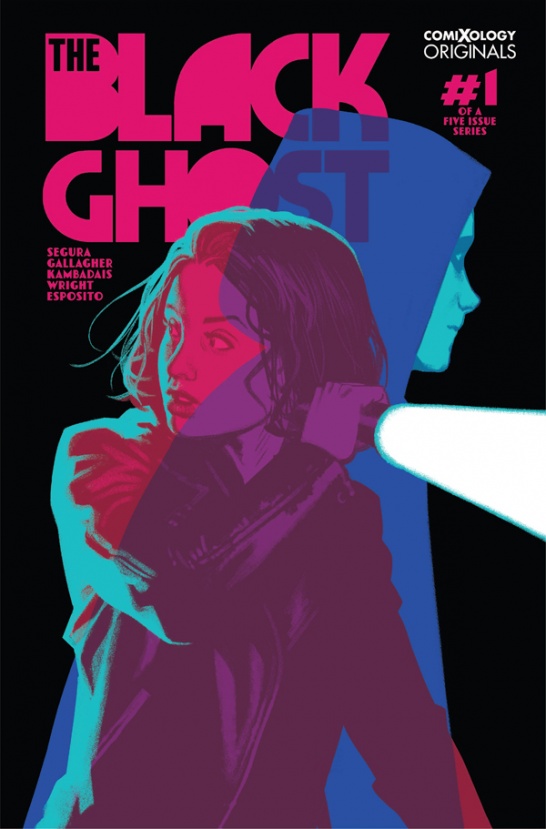 Lara Dominguez is a journalist chasing that one, big story. As she inches closer to uncovering the identity of the masked activist known as The Black Ghost, Lara will have to navigate the corruption of her adopted city and her own personal demons. Will she have the strength to be part of the solution—or will she become the problem?

Black Ghost #1 will be available on September 18th 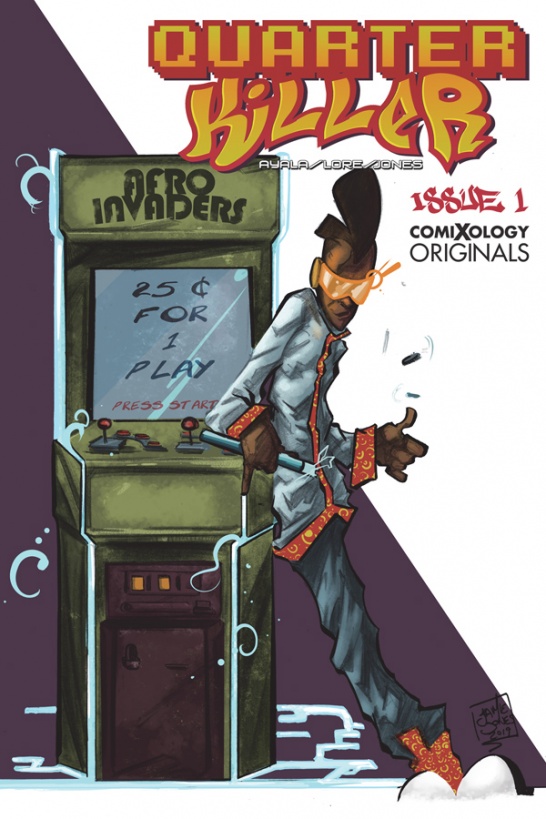 Co-written by Vita Ayala (The Wilds, Submerged, Livewire) and Danny Lore (Ayala’s James Bond co-writer and the writer of the acclaimed Queen of Bad Dreams), with art by Jamie Jones and lettering by Ryan Ferrier.

This action packed, cyberpunk story of Quentin Kidd A.K.A. QK, an ex-corporate computer hacker who offers their services to those willing to pay them with old school currency, specifically quarters, because quarters are untraceable. QK only has two rules: they don’t work for criminals or police, and no killing.

Quarter Killer #1 will be available on September 25th

Chip Mosher, comiXology’s Head of Content, stated “whether it’s a new take on the post-apocalyptic adventure with ‘Breaklands,’ a multi-verse hopping dark comedy with ‘Field Tripping,’ the rise of a new masked vigilante with ‘The Black Ghost,’ or a cyberpunk mystery with ‘Quarter Killer’ — our roster of incredible writers and artists, and everyone at comiXology are thrilled to bring readers new and exciting comic series to dive into every week in September. And stay tuned as we still have more to come this year!”

Like all comiXology Originals titles, these titles will be available at no extra cost to subscribers of comiXology Unlimited, Kindle Unlimited, or Prime Reading, and collected print editions will be exclusive to Amazon.com.