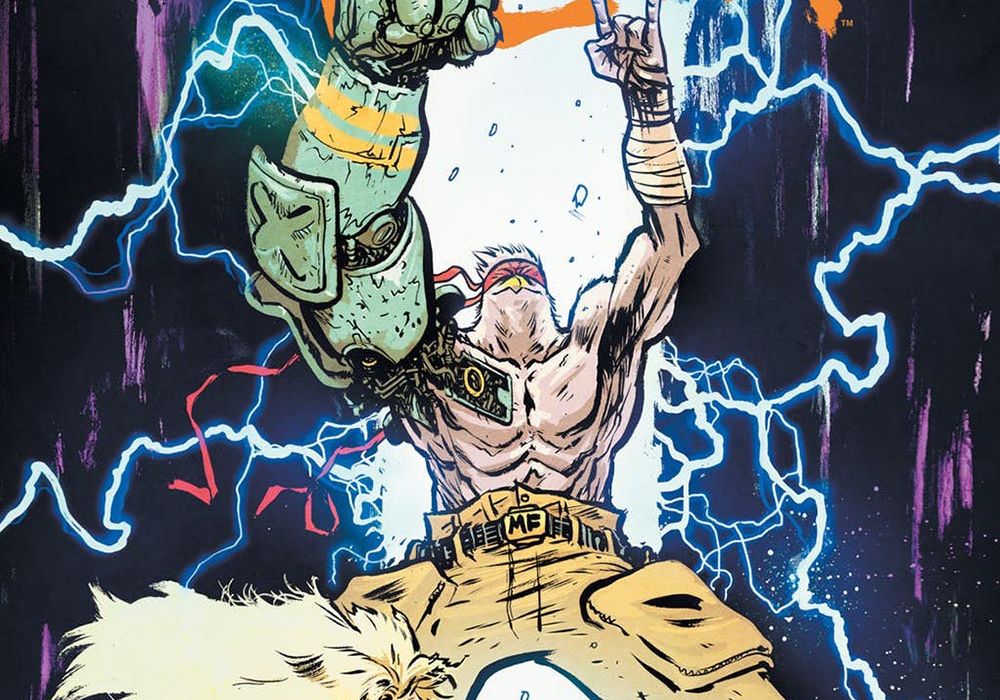 A new comic from Skybound Entertainment and Image Comics, “Murder Falcon” was announced today. The new series will be brought together by the same creative team as the Eisner-nominated limited series “Extremity:” writer/artist Daniel Warren Johnson, colorist Mike Spencer and letterer Rus Wooten. 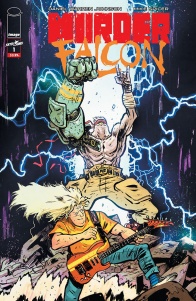 The story of “Murder Falcon” follows Jake when his life is falling apart and Earth is in peril. There seems to be a bleak future ahead for Jake, until he meets Murder Falcon who is meant to destroy all evil, but is unable to do it alone. Murder Falcon needs Jake and his guitar to power him; with every chord that is played, Murder Falcon’s kung-fu fury is fuelled by the power of metal.

The announcement is accompanied by a preview as well as a pretty crazy trailer which you can check out below. It will, without doubt, “result in you doing a quick fist pump of Awesomeness.”

Johnson’s previous project, “Extremity” finished earlier this year with #12. His other work includes the web-comic “Space-Mullet”, Dark Horse’s “The Ghost Fleet” with Donny Cates and another comic at Dark Horse, “Alabaster: The Good, the Bad and the Bird” with Caitlín R. Kiernan.

“Murder Falcon” #1 will be available from October 10.