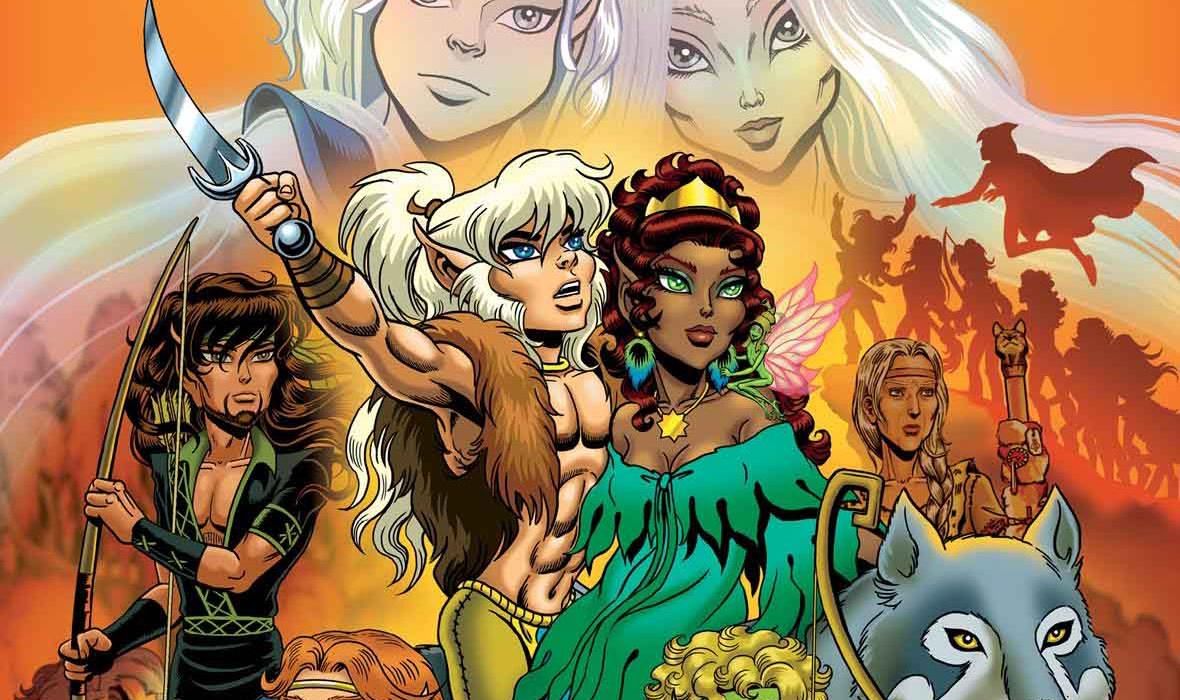 Begun in 1978, Wendy and Richard Pini’s cult fantasy series “ElfQuest” follows the struggle of the Wolfrider elves to survive humanity’s colonization of their home planet. The saga concludes with “ElfQuest: The Final Quest” #24 on February 28, and publisher Dark Horse have released a preview and a guide for latecomers to get to speed on the story, which you can download here.

To commemorate the finale, the Pinis will attend a special signing of the last issue at Things From Another World Portland from 6 – 9pm on February 28; fans can RSVP on Facebook. Read on for the preview, and a press release with statements from the creators and Mike Richardson. 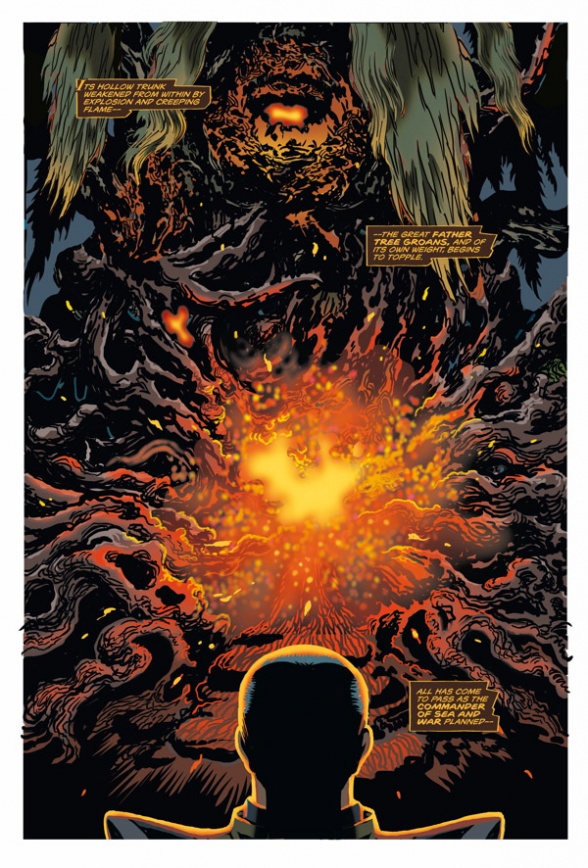 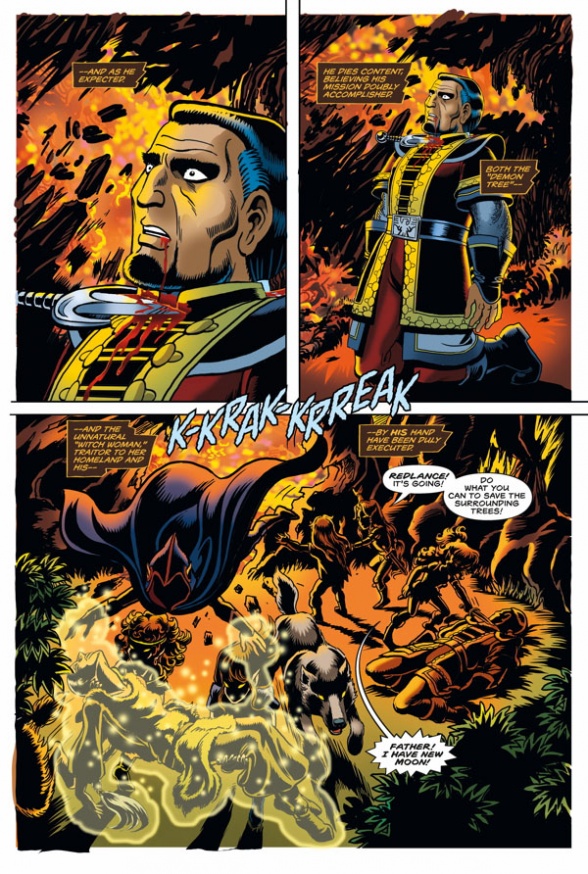 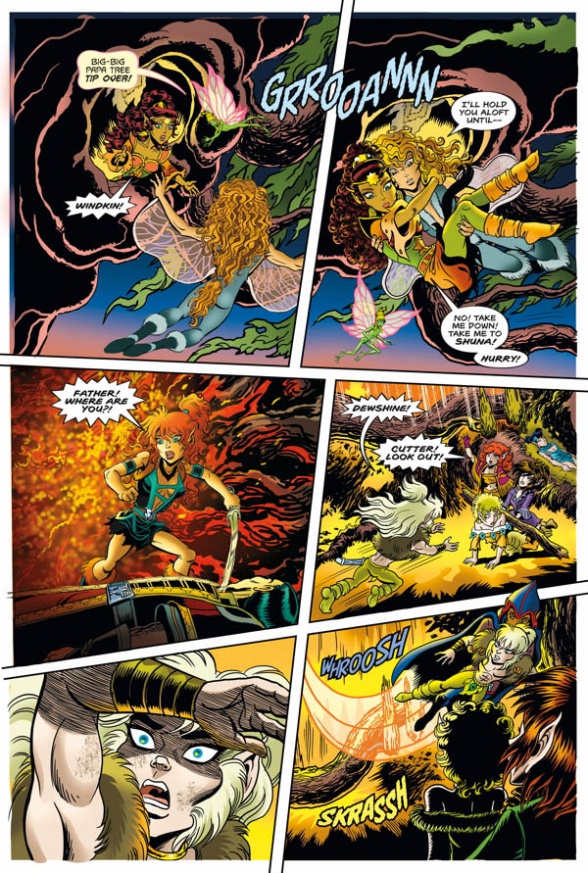 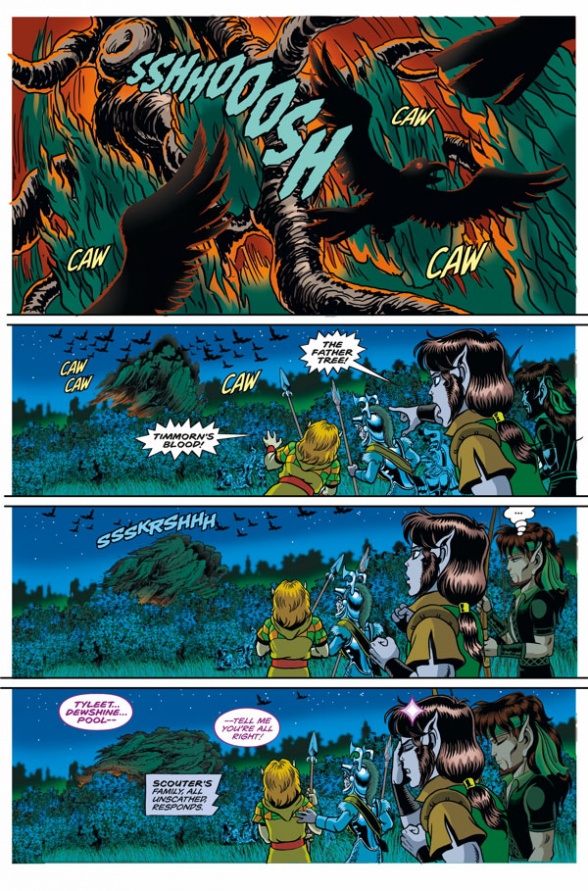 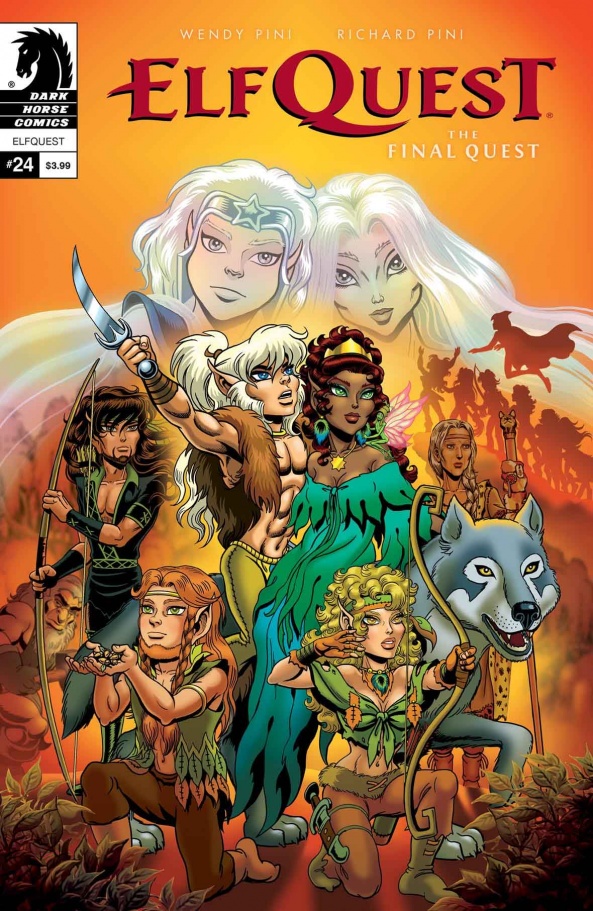 Dark Horse Proud to Commemorate Richard and Wendy Pini’s Contributions to Comics
MILWAUKIE, Ore., (February 14, 2018) — All good things must come to an end. Today, Dark Horse Comics is both proud and sad to announce the end of “ElfQuest: The Final Quest.” After 40 years of genre bending and award-winning content, Wendy and Richard Pini are stepping away from their beloved series to take a well-deserved break and to focus on other projects and ventures.

“How simple, like the closing of a door, a 40-year labor of love comes to the conclusion we ordained so long ago,” explained artist Wendy Pini. “Richard and I can barely express our joy at the love we’re receiving from fans around the world. We return that love and look forward to our continued association with Dark Horse. Nothing’s more fun for us than being the guiding hands behind other creators’ interpretations of the elves.”

“I’ve followed ElfQuest since it’s very first publication. It took me several decades to finally bring Richard and Wendy’s wonderful creation to Dark Horse, and we’re proud they’ve chosen us to present the final chapters of their epic story,” said Mike Richardson, Dark Horse president and founder. “As a publisher, I couldn’t find better people to work with. As a fan, I couldn’t be more honored.”

“ElfQuest: The Final Quest” #24 finds heroes’ journeys that started in the Original Quest coming to their resolutions here. Fateful events set in motion last issue continue to have unstoppable consequences, as dire battles are fought on both the physical and the spiritual realms. Now decisions must be made that will affect everyone — elves and humans alike — on the World of Two Moons far into the future. Can the Great Wheel of time and history, broken so many thousands of years ago, ever be made whole again?