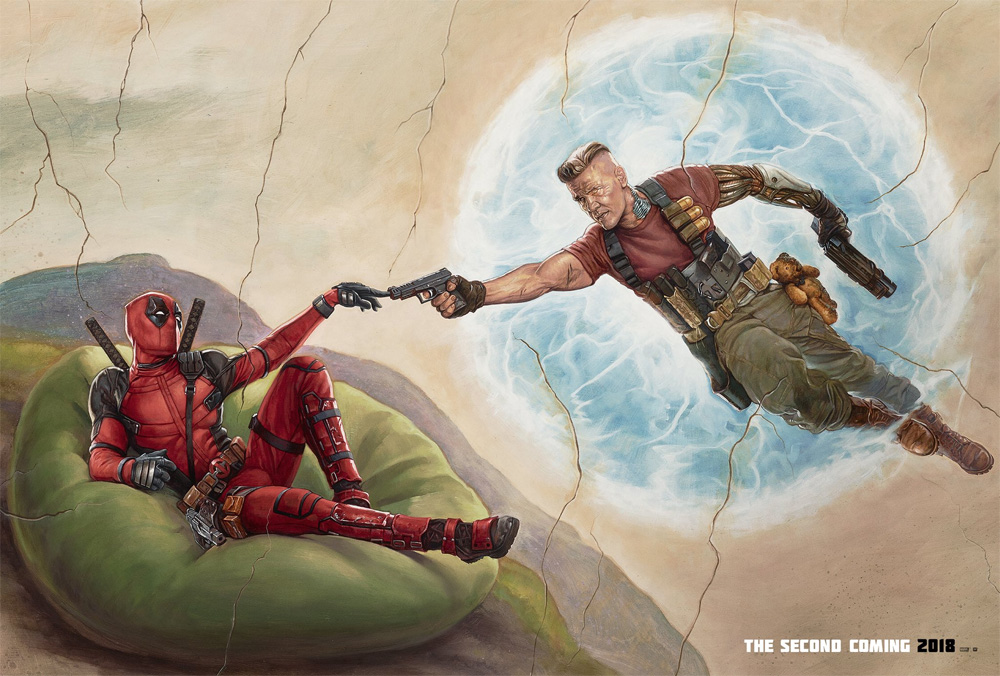 The trailer finally gives us our first look at Josh Brolin as Nathan Summers / Cable, who lives in a rather desolate Days of Future Past-looking future, and is set to take on some armored goons when Deadpool pauses the video after noticing Cable’s CGI arm is not done yet.

Deadpool then plays with an action figures of himself – dressed as Woody from Toy Story – and Cable while the CGI is done. He also takes the opportunity to diss the recently released Justice League‘s pitiful attempts at airbrushing out Henry Cavill’s mustache, meaning that after dissing his animated Green Lantern costume in the first film, Ryan Reynolds has now gone two-for-two with dissing his former bosses at Warner Bros. and DC Entertainment.