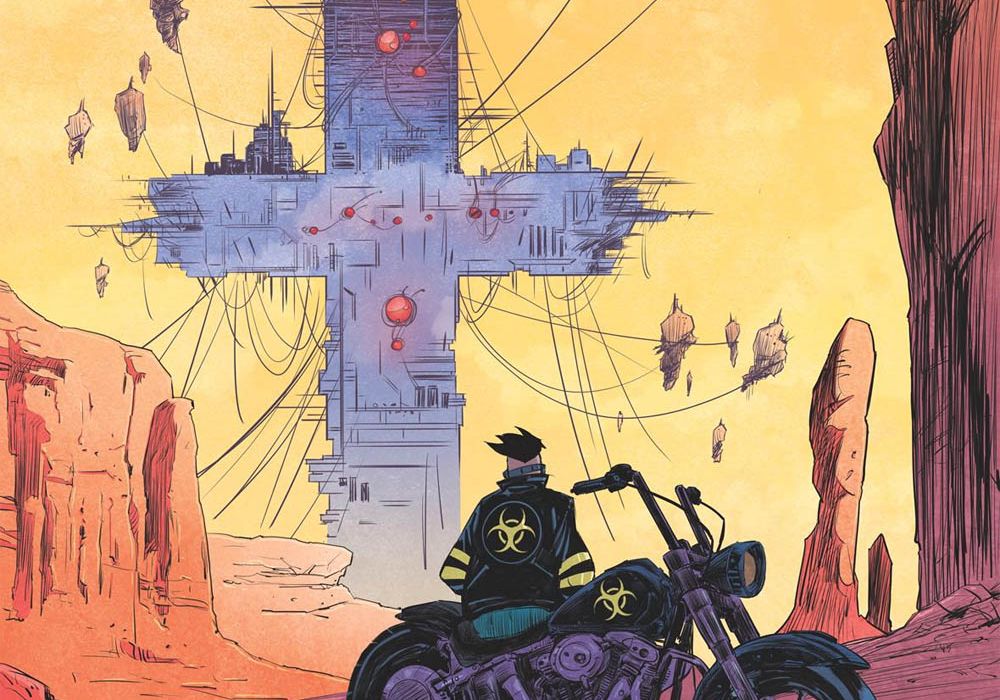 Dark Horse Comics have announced “Death Orb,” a five-issue creator-owned miniseries starting in October. Written by Ryan Ferrier (“D4VE,” “Kennel House Blues”) with art by Alejandro Aragon (“28 Days Later,” “RoboCop”) and colorist Chris O’Halloran (“Exiles”), the series follows Rider, a hardy battle-ready survivor searching for his wife and son in an America ravaged after World War 3. Described as a “fast-paced manga-style action adventure in the vein of Mad Max,” the comic will feature “biker assassins, mech-suited mutants, and unspeakable depravity,” as well as an antagonistic cult, with a leader called Father, in possession in possession of the titular mysterious and deadly orb. Here’s the full press release: 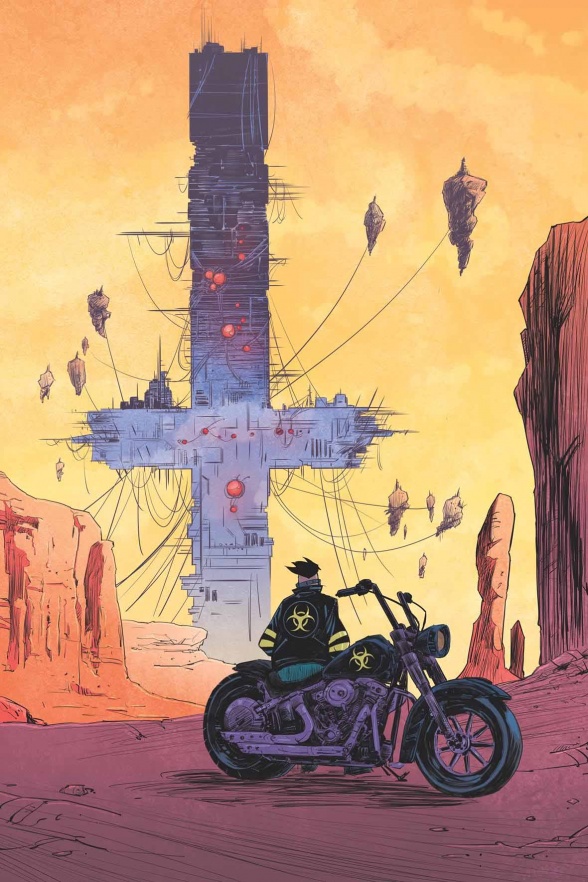 Each Day is a Battle for Survival!

From the creator of D4VE and Kennel House Blues and the artist of 28 Days Later and Robocop comes Death Orb, a fast-paced manga-style action adventure in the vein of Mad Max. Writer Ryan Ferrier, artist Alejandro Aragon, and colorist Chris O’Halloran invite you to take a wild ride through their post-apocalyptic American landscape filled with death cults, raiders, mutant psychics and mad scientists.

Follow Rider, a heartbroken, axe-wielding wasteland survivor in search of his wife and son as he cuts a bloody path across a war-torn country in the throes of a mysterious death cult led by Father, a demented idealist determined to rebuild the world in his image through the use of the deadly titular “death orb.” Along the way, Rider will face biker assassins, mech-suited mutants, and unspeakable depravity. Death Orb is a full throttle, no prisoners taken, ultraviolent tale of vigilante justice served hot!