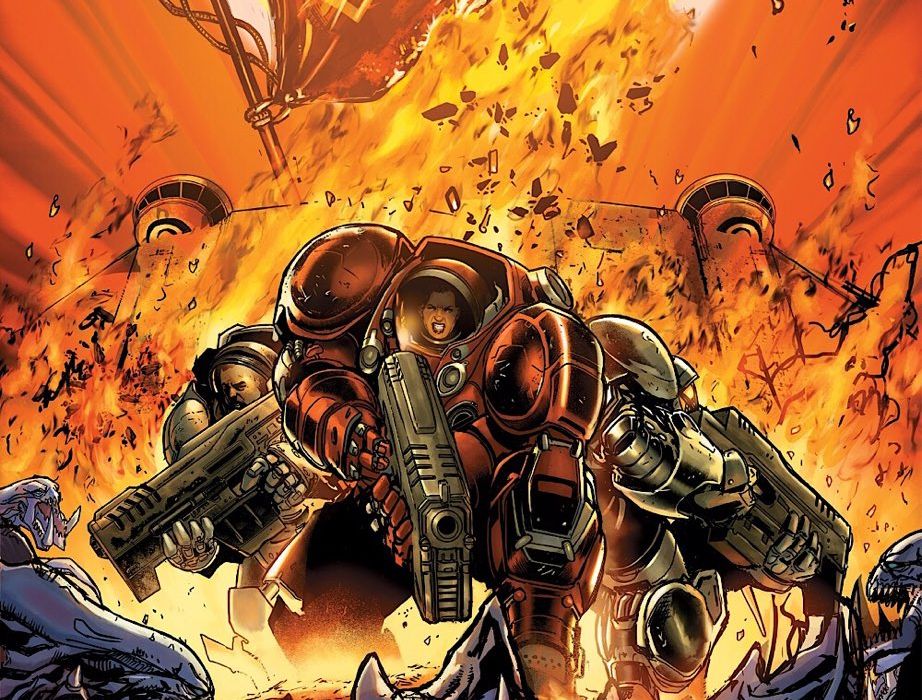 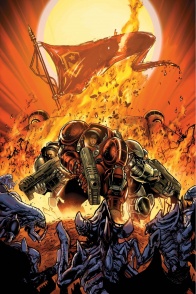 Hot on the heels of “StarCraft: Scavengers,” Blizzard Entertainment and Dark Horse have announced another comic series, “StarCraft: Soldiers.” Comicbook.com has debuted exclusive cover art by artist Miguel Sepulveda and colorist Michael Atiyeh. While there was no confirmation as to who will be penciling the series itself, it will be written by Jody Houser (“Stranger Things,” “Star Wars”) with Andrew R. Robinson (“Overwatch”).

Dark Horse provided the following synopsis for the follow-up: “Lieutenant Shivani Singh is eager to defend the Dominion on the front lines. But after she’s posted on the faraway planet of Cavir, She’s realizes that it will take more than good grades and confidence to survive on the edge of Zerg space.”

StarCraft, originally released by Blizzard in 1998, is a real-time strategy game that features an interstellar war between three galactic species: the protoss, the zerg and the terrans (humans). Houser’s previous StarCraft series, “StarCraft: Scavengers,” drawn by artist Gabriel Guzmán, saw a group of terrans trying to pull off the greatness heist of their lifetime, trying to salvage alien technology from a crashed spacecraft. That series will conclude October 31, and be available in collected graphic novel form in February 2019.