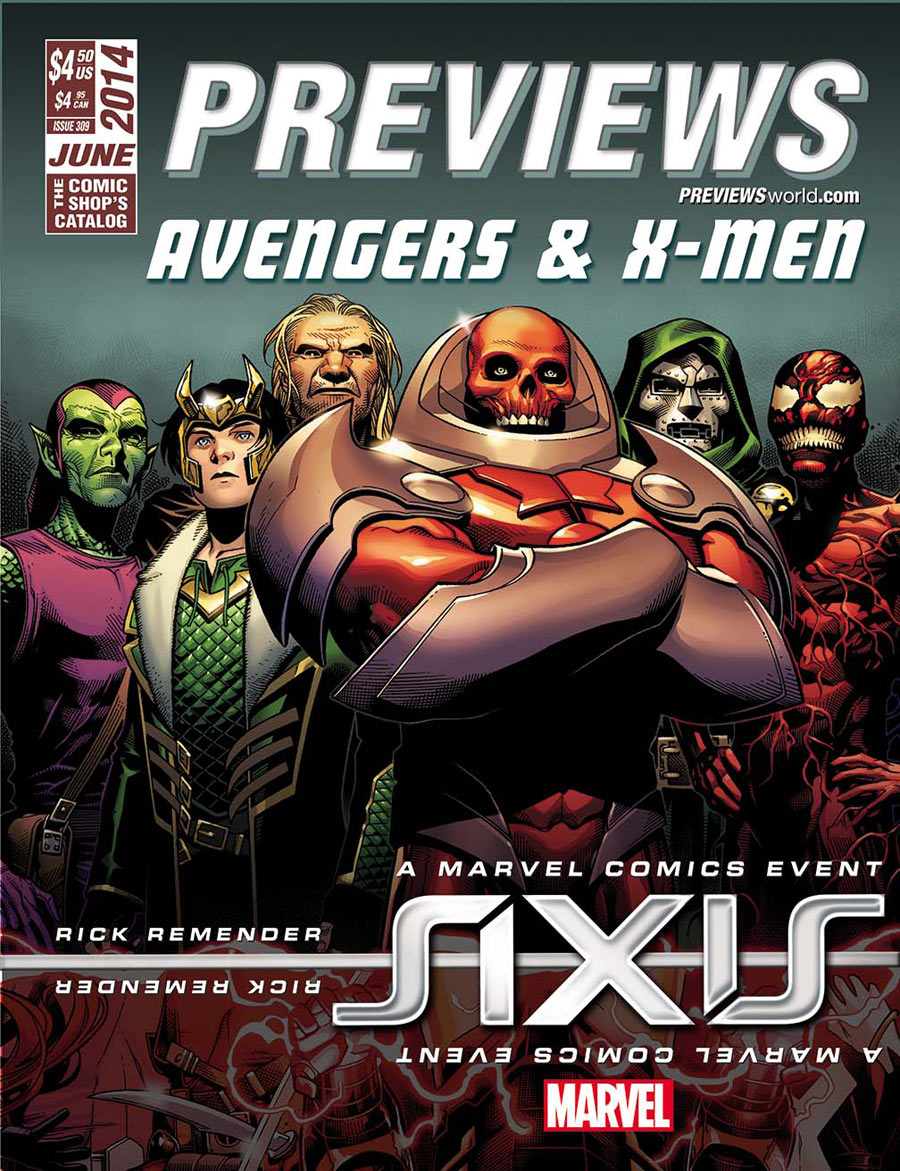 It was revealed at the Diamond Retailer Summit (as we reported, based on reports from Bleeding Cool), but now we have a high-res image of the Diamond Previews Cover that features Jim Cheung’s “Axis” illustration. Before we continue, take a look: 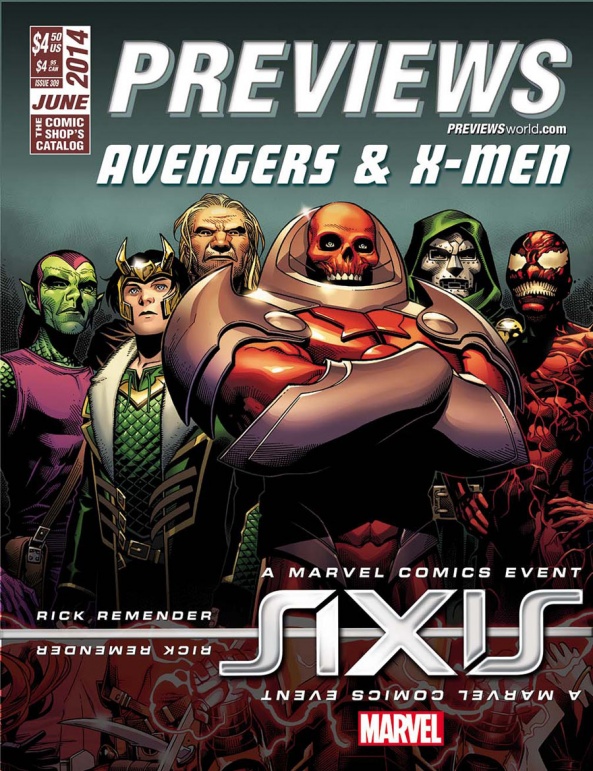 There’s no additional information given, but everything we previously knew was confirmed: it’s Green Goblin, Loki, Sabretooth, Red Skull, Dr. Doom and Carnage as the new Axis of Evil, it’s written by Rick Remender, and it involves the Avengers and the X-Men.

There’s no release date to it, but I would expect to see a September release given that “Original Sin” ends in August.

What’s fun, however, is when you put your thing down, flip it and reverse it:

I suppose it was obvious to just about everyone that the image we were seeing was only part of two-part image, one featuring villains and one featuring heroes. The villains are the ones we are shown, but you can see some of the heroes who will be standing opposed to them as their mirrored counterparts, with what is obviously Iron Man in Red Skull’s place, Deadpool next to him in place of Loki (you can see the belt) and what appears to be Medusa on the far right opposite Green Goblin (based on hair).

Whoever is on the far left, I’m at a loss, though that’d still leave us two more standing in the background in place of Sabretooth and Dr. Doom.

I’m sure we’ll know all about this soon enough.