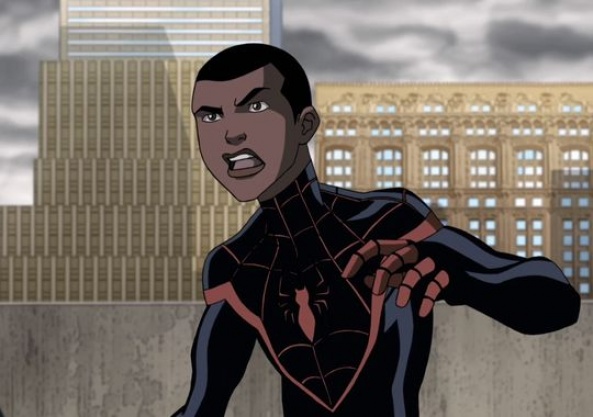 I don’t want to spend a lot of time re-hashing an old story, so here’s the quick explanation: before Andrew Garfield was cast as the new Spider-Man, the internet attempted to champion Donald Glover as the new Spider-Man because Spider-Man could be anybody. This was controversial for stupid people, but while Glover was not cast as Spidey, Marvel did give us Miles Morales, a new Black/Latino Spider-Man in the Ultimate Universe (who, according to Bendis in “Spider-Men,” the book where Miles and Peter Parker of the regular continuity met, there is a Miles Morales somewhere in the 616).

And now, nearly three years after Miles’ debut and four years after #Donald4Spiderman, Donald Glover will finally get to play Spider-Man. It’s not the same as putting on tights yourself and getting to crawl up walls, but as Glover notes in the interview, it’s “pretty good.”

Take a listen at Glover in the show right here:

It’s a brief and early clip, but Glover pretty much nails what you’d expect from Miles. He’s still funny and affable, but given Glover’s history I think he brings a certain sense of warmth to him as well. It’s very obvious casting, but that doesn’t make it a great decision from all involved regardless. Hopefully this even means that Glover is warming back up to the idea of being on a TV show — not that I, uh, have one in mind or anything.

Web Warriors debuts this weekend, and according to USA Today, this episode will air sometime next year.