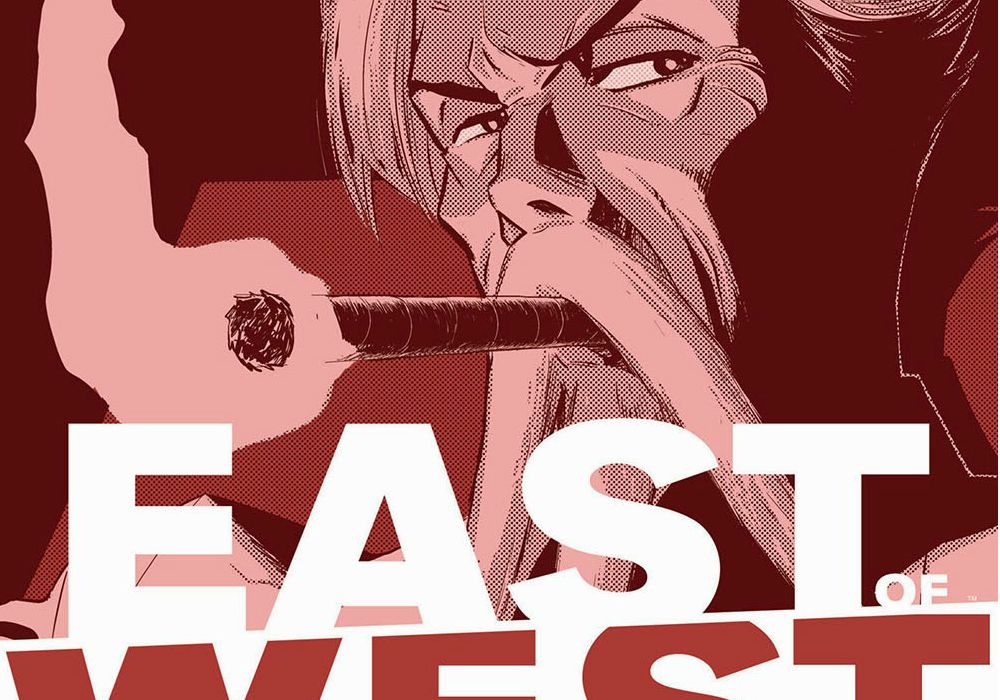 Jonathan Hickman took to Twitter to announce the end game for his and Nick Dragotta’s Image Comics series “East of West.” Hickman confirmed that there will be two more trades worth of material, consisting of about eight more issues. That would make issue #47 the last one. Hickman described the upcoming arcs as, “So much shit going down.”

The conclusion to the last arc, issue #38, was released last month with the trade of those issues released this week. The next arc, ‘These Brothers of Destiny,’ starts with issue #39, which is scheduled for October 17, 2018.

“East of West” is “a Sci-Fi Western set in a dystopian America where all hope for the future rests in the Four Horsemen of the Apocalypse… who just happen to be trying to kill the President of the United States.” It debuted back in 2013 and is both Hickman and Dragotta’s longest running creator-owned series. The tagline given to the series by Hickman back when it was announced was, “The things that divide us are stronger than the things that unite us. The end times are imminent and we all hate each other too much to come together and solve our problems. Our final destination is imminent, and it is the Apocalypse. And then, in the face of all that despair and gloom, somehow there is still hope.”

The series is also being developed into a TV show by Hickman, Amazon Studios, and Robert Kirkman’s Skybound Entertainment.