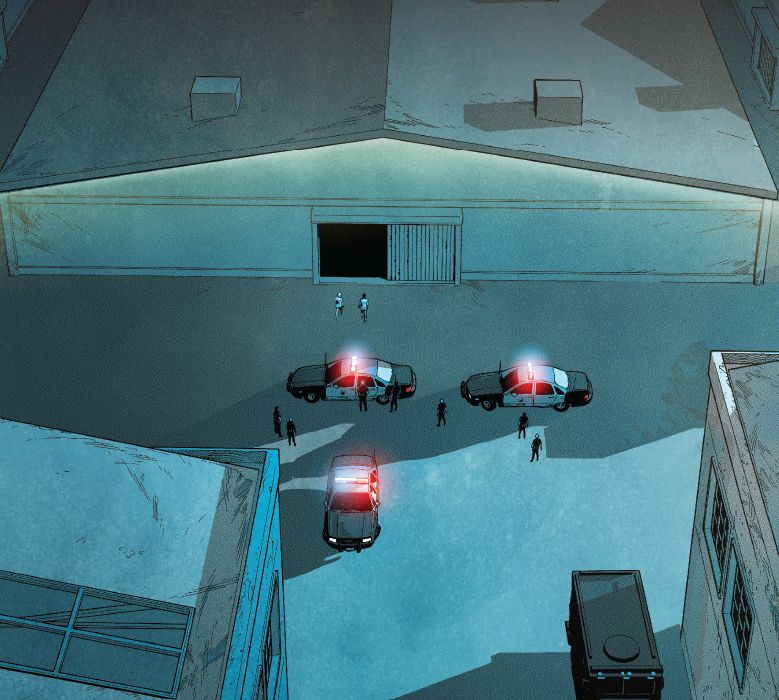 If jaded FBI agents grappling with the supernatural and their own consciences is your jam, AfterShock’s newly announced horror series will be right up your alley. This May, Garth Ennis (“Preacher,” “The Boys,” “Hitman”) and Goran Sudžuka (“Y: The Last Man,” “Hellblazer,” “Wonder Woman”) will launch “A Walk Through Hell,” a series that promises to explore Ennis’s response to the current political moment.

“The last flat-our horror story I started… came partly from my reaction to the Bush era, revolving as it did around themes of chaos and abandonment,” said Ennis, in an AfterShock-issued press release. “‘A Walk Through Hell’ is more of a response to the current administration, involving corruption and wrongdoing, and the bubbling up of an evil long held in check.”

The series will follow FBI special agents Shaw and McGregor, who are supposed to be working an easy load after putting a particularly difficult case to bed. But when two fellow agents go missing inside a Long Beach warehouse, Shaw and McGregor are called in to investigate, launching them into an evening of psychological horror.

“I don’t think Garth has ever written something so subtle,” said Sudžuka, in AfterShock’s press release. “[And] I think, after decades of being a professional comic artist, I’ve finally gathered the knowledge and skills needed for this very unique story that doesn’t have spectacular explosions and massive fistfights but will nevertheless leave you breathless.”

You can check out two covers and a few preview pages from “A Walk Through Hell” #1 below. The series drops on May 16.