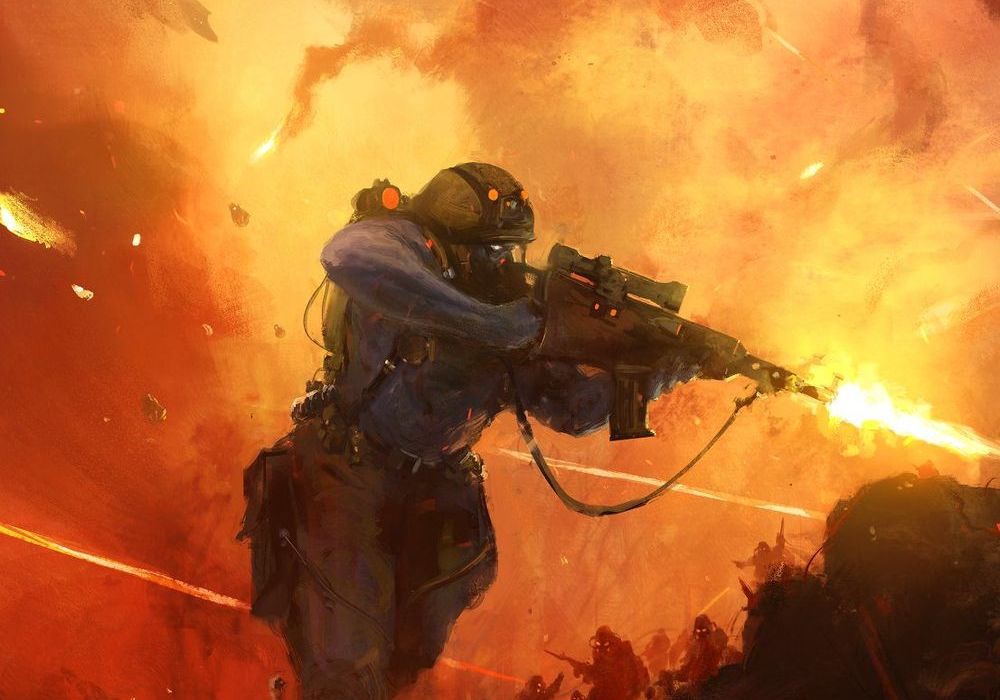 Three times a year, 2000 AD holds a competition to draw one of their classic characters in their ‘Art Stars’ contests. Although it will officially debut in next week’s Prog 2120, we can exclusively reveal the winner of the “Rogue Trooper” contest, Ev Shipard! 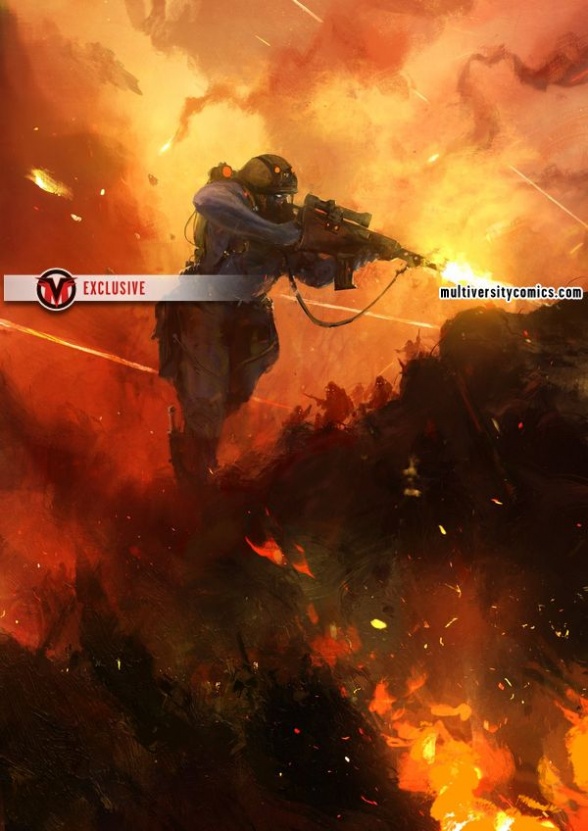 As a young impressionable kid of the 80s on any trip past the local News Agent I would dive towards the comic book section, usually ending up with a “Savage Sword of Conan” book in my hands but occasionally I’d look past the Conan painted art and pick up a 2000 AD book. I can’t recall the first “Rogue Trooper” story I read, but the first thing that hit me was Dave Gibbons’s artwork that left a great impression. The sci-fi, post-apocalyptic aesthetic grabbed me – it was the era of tabletop battles and pen and paper RPGs, which were rife with inspiring ideas for a young illustrator.

I’ve always drawn and found it the easiest way to express myself from a very young age – jump to 2019 and I’m still tracking down the odd old issue of 2000 AD.

I’m a traditional artist and digital artist working in the film industry. I love narrative art both contemporary and classical and have painted for a number of entertainment properties over the years, all this tracks back to those early days. Many artists inspire me from the classics, Rembrandt to Delacroix and more contemporary artists Zdzisław Beksiński and Phil Hale’s dark, dynamic work. In the commercial art realm, of course John Buscema, Dave Gibbons, Cam Kennedy, Mike Mignola, and Philippe Druillet.

I’m also a big fan of Jeffery Catherine Jones and George Pratt’s work, [including] owning a few of his pieces. When it comes to the representation of war and the human condition you can’t go past Pratt’s art. Another favourite of mine is the quite prolific Ivor Hele, who was an Australian war artist with dynamic figures and stunning draftsmanship. [Also,] add in the Australian Impressionists and their sense of light and atmosphere. There are a ton more and my inspirations shift as I delve deeper into my art studies.

I always like to focus on the atmosphere and mood with my pieces and key to making the “Rogue Trooper” painting work was to capture a moment from the firefight – the rugged, blasted, poisoned landscape, the choking smoke, fumes and oncoming Nort troops. I think of it is a frame from a film. Obviously the figure of Rogue is the main focal point compositionaly, and I used his blue skin to pop him from the hot scorched scene. Missile trails, blasts and embers carry your eye around the frame and hopefully give you more of a feeling of the story or moment i’m trying to portray… well that was the plan anyway. 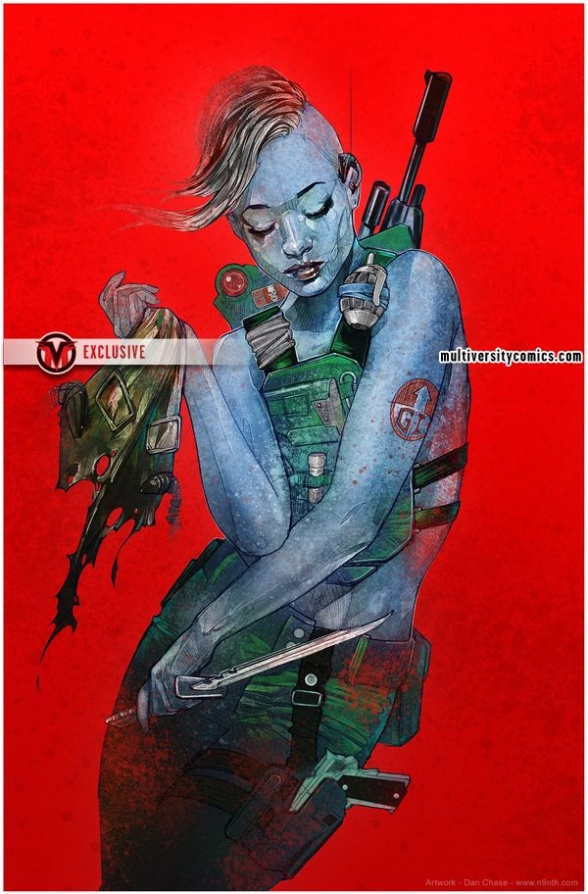 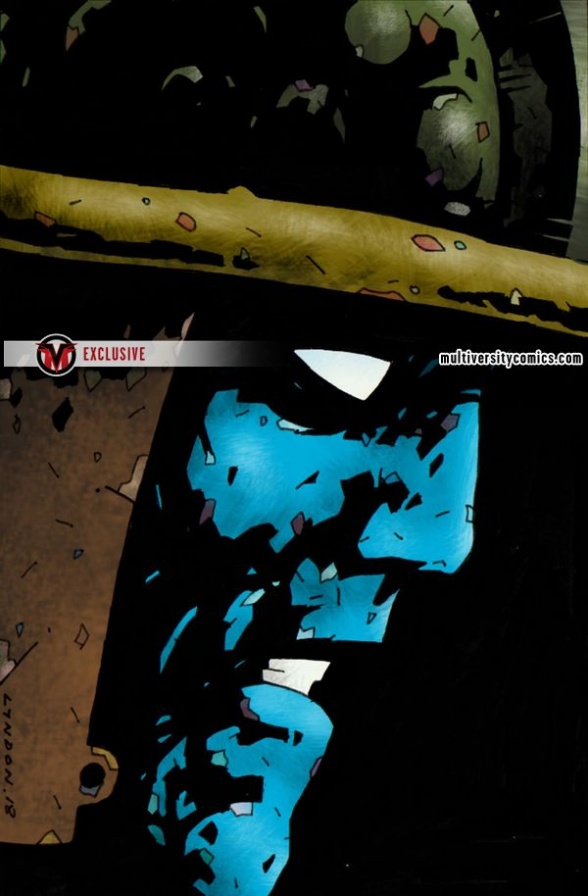 Here is information on the next Art Star competition:

Every four months, 2000 AD gives artists looking to break in to comics the chance to submit Star Scan pin-ups based on 2000 AD characters – and the winner, chosen by the editorial team at 2000 AD, gets published in a future edition of the Galaxy’s Greatest Comic. PLUS they’re paid for their art!

The theme for the next competition will be John Wagner and Carlos Ezquerra’s ‘Strontium Dog’. This dystopian sci-fi Western follows the exploits of mutant bounty hunter Johnny Alpha who with his partner, the time-displaced Viking warrior Wulf Sternhammer, hunts down the scum of the galaxy for cold, hard cash! One of the most popular series to ever appear in 2000 AD, in the post-nuclear war future mutants warped by radioactive fallout are shunned and despised by the ‘norms’, forced to either live in crowded ghettos or take the only job available to them – joining the Search/Destroy Agents, dubbed the Strontium Dogs. Fans and creators alike were devastated when Carlos died unexpectedly in 2018, his contribution to comic books profound and unrivaled.

Details of the competition, and the terms and conditions, can be found at 2000AD.com/artcomp