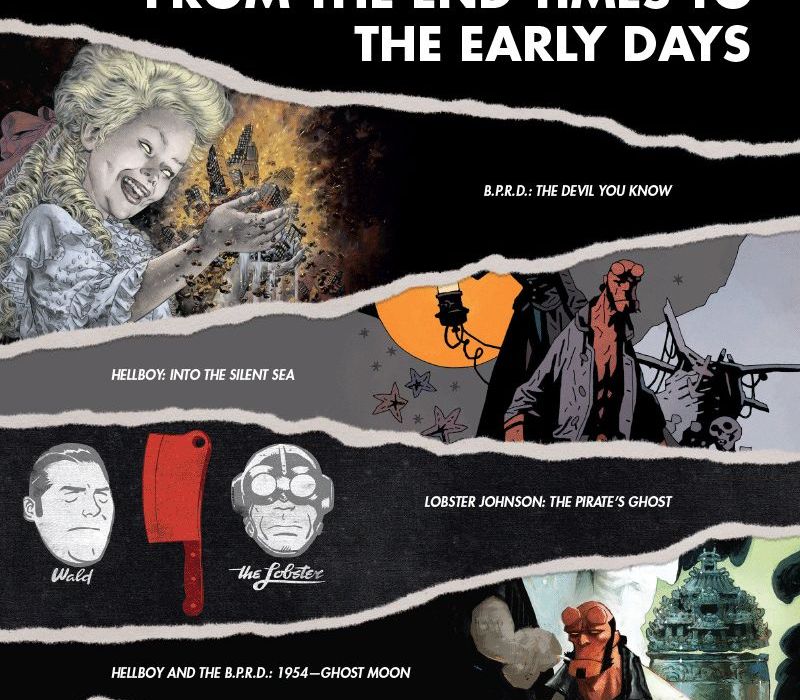 Ever since “B.P.R.D.: Hell on Earth,” “Hellboy in Hell,” and “Abe Sapien” wrapped up last year, we’ve been chomping at the bit to find out what was next for the Mignolaverse. And while we don’t have solicitations, or full creative teams, we have a better idea of what 2017 is going to look like from our friends are Dark Horse. Behold: 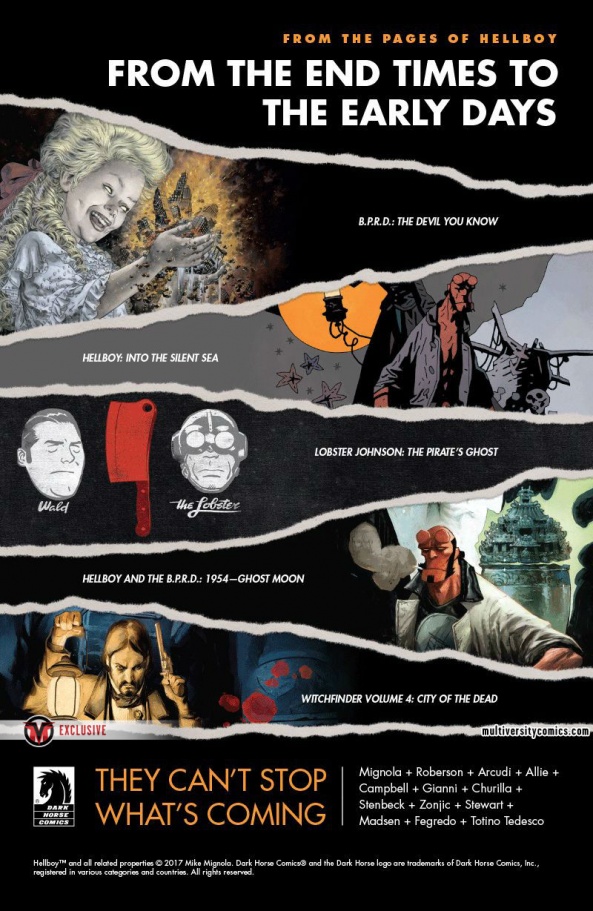 The big news here is the name of the third “B.P.R.D.” story cycle (or at least the first arc back): “The Devil You Know.” Featuring Varvara holding the crumbling remains of a city in her hands, this appears to very much piggyback off of “B.P.R.D.: Hell on Earth” #147, which saw Varvara freed from her capture and on the loose.

Beyond the “B.P.R.D.” announcement, we also see the previously announced Hellboy original graphic novel “Hellboy: Into the Silent Sea” from Mike Mignola and Gary Gianni, which is due out on April 19, as well as “Lobster Johnson: The Pirate’s Ghost” from Mignoa, John Arcudi, and Tonci Zonjic, which debuts in late March. Also on the poster was the collection of the most recent “Witchfinder” arc, ‘City of the Dead,’ and “Ghost Moon,” the upcoming “Hellboy & the B.P.R.D.” arc with art by Brian Churilla.

Churilla’s name is featured at the bottom of the image, along with the other creators that will be taking part in these stories: Mignola, Arcudi, Gianni, Zonjic, Chris Roberson, Scott Allie, Laurence Campbell, Ben Stenbeck, Duncan Fegredo, Julian Totino Tedesco, Dave Stewart, and Michelle Madsen.

We can’t wait to dig into these stories. Which is most exciting to you? Let us know in the comments!