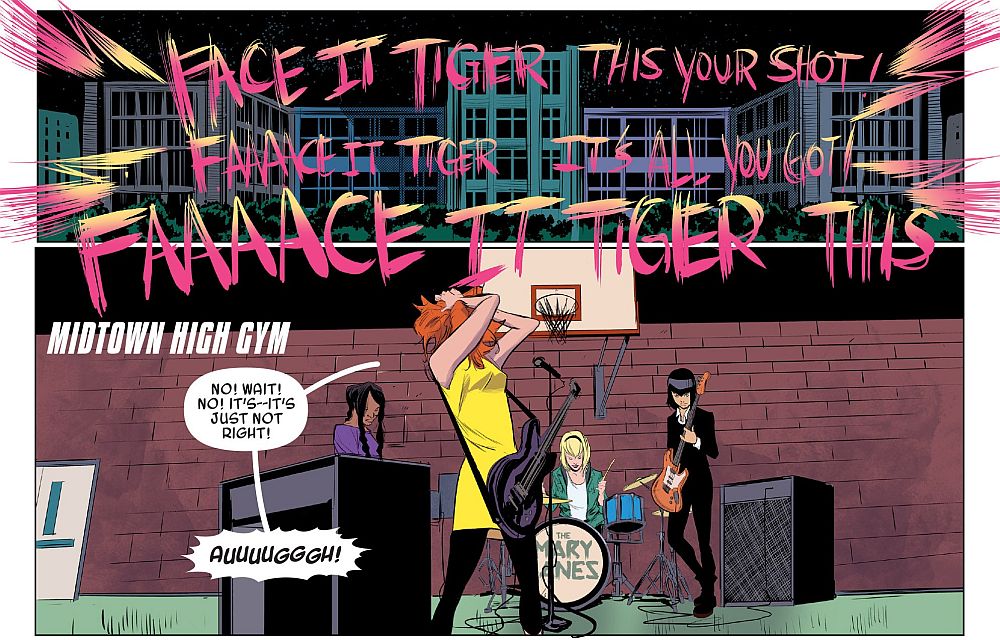 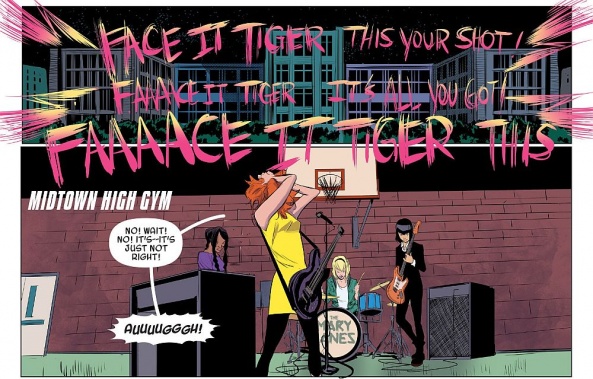 If you’re anything like me, one of the first things you did yesterday was read Jason Latour and Robbi Rodriguez’s “Edge of Spider-Verse” #2, starring the instant interweb darling Spider-Woman aka Gwen Stacy on a parallel Earth. It was a fun comic, full of fantastic life and energy of an all-too-brief encounter with characters we need to see more of, and hopefully we’ll see more of her sometime soon.

But, if you’re also anything like me, then you also wanted to actually hear what Gwen’s band, the Mary Janes, sounded like. As the issue kicked off with them practicing their song “Face it Tiger,” the biggest complaint I had about the issue was that I couldn’t actually hear the track. I mean, why don’t comics have an audio component, right? What’s even the point?

Well, thankfully a stray broadcast captured from a parallel world has made its way onto our interwebs, because now you can listen to the Mary Janes’ “Face it Tiger” from the comfort of your own home — no multiversal travel needed. Covered by Married with Sea Monsters (who had previously created a soundtrack for Rodriguez’s amazing web comic “Frankie Get Your Gun”), we can now all enjoy the riot grrl stylings of the best band not of our Earth. Take a listen below:

For more from Married with Sea Monsters, head on over to Spotify or SoundCloud. For more from the Mary Janes, begin your letter-writing campaign to Marvel at your leisure.