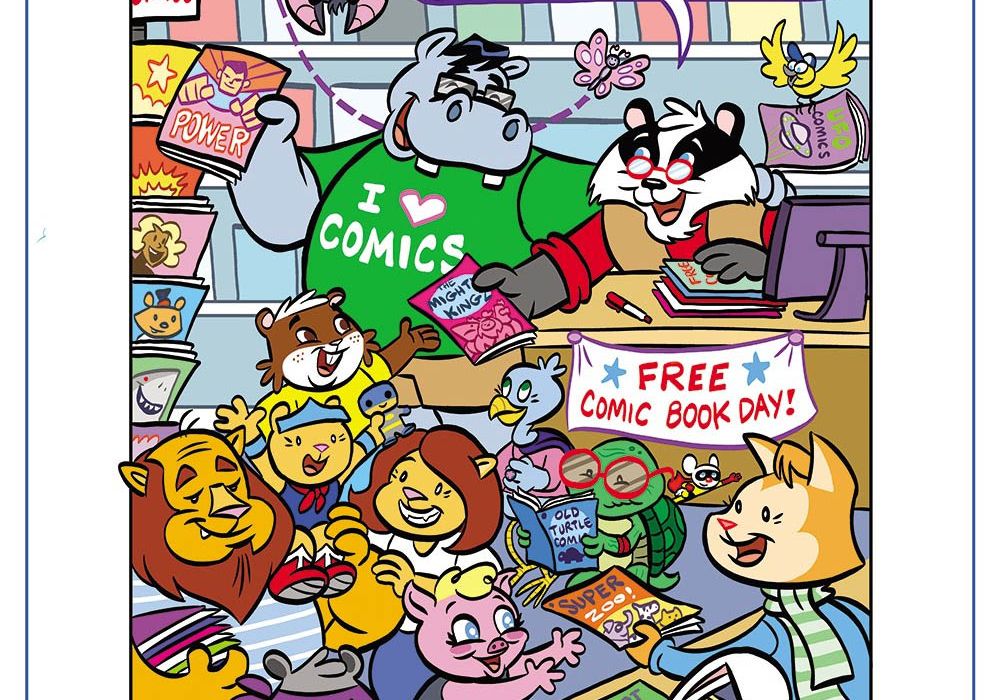 Diamond Comics have announced the Gold offerings for next year’s Free Comic Book Day, which will be held on May 4, 2019 (aka Star Wars Day).

The 12 giveaways from the biggest direct market publishers will consist of:

– Archie: “Riverdale Season 3 Special,” taking place between the events of seasons 2 and 3 of the CW show. The creative team includes Micol Ostow and artist Thomas Pitilli. The comic will also feature a preview of Scholastic’s forthcoming tie-in novels.

– BOOM! Studios: “Welcome to the Whedonverse,” featuring two new “Firefly” and “Buffy the Vampire Slayer” stories. The “Firefly” story will explore Mal Reynolds and Zoe Washburne’s relationship, while the “Buffy” one sees the Scooby Gang discovers a gateway to Hell beneath Sunnydale High. The creative teams are currently unknown.

– Dark Horse Comics: “Stranger Things/Black Hammer,” featuring new stories in the worlds of two top-selling Dark Horse titles. The “Stranger Things” story will be set between seasons 1 and 2 of the Netflix series, while the “Black Hammer” installment stars Madame Dragonfly as she takes readers on an EC-style tour of her cabinet of horrors. David Rubin and Ibrahim Moustafa are listed as artists on the book, while “Black Hammer” creator Jeff Lemire will write the latest story in his universe.

– DC Comics: Top secret for the time being, as it ties into a major project that will be announced later in 2019.

– IDW Publishing: “TMNT: Casualty of War.” Written by Tom Waltz and Kevin Eastman with art by Dave Wachter, this kicks off the storyline for the 100th issue of IDW’s ongoing “Teenage Mutant Ninja Turtles,” which sees New York descend into war as Splinter and Karai battle for control of the Foot Clan.

– Image Comics: “Deadly Class: Killer Set,” a one-shot by writer Rick Remender and artist Wes Craig designed to appeal to old readers, and newcomers who have been introduced to their world via the upcoming Syfy series.

– Titan Comics: A new edition of Jody Houser and Rachael Stott’s “Doctor Who: The Thirteenth Doctor.”

– Tokyopop: “Disney’s Descendants: Dizzy’s New Fortune,” a preview of the forthcoming graphic novel written by Jason Muell and illustrated by Natsuki Minami, which stars the character of Dizzy Tremaine (the granddaughter of Cinderella‘s Lady Tremaine) from the Disney Channel franchise of the same name.

For more on these titles, head on over to Free Comic Book Day’s website. Diamond have also unveiled a poster for this year’s event, designed by Scoot McMahon (Previews magazine’s ‘Comic Shop Tales’), and a Star Wars-inspired T-shirt design by Derek Charm (“Unbeatable Squirrel Girl”) acknowledging Star Wars Day, which you can see below. 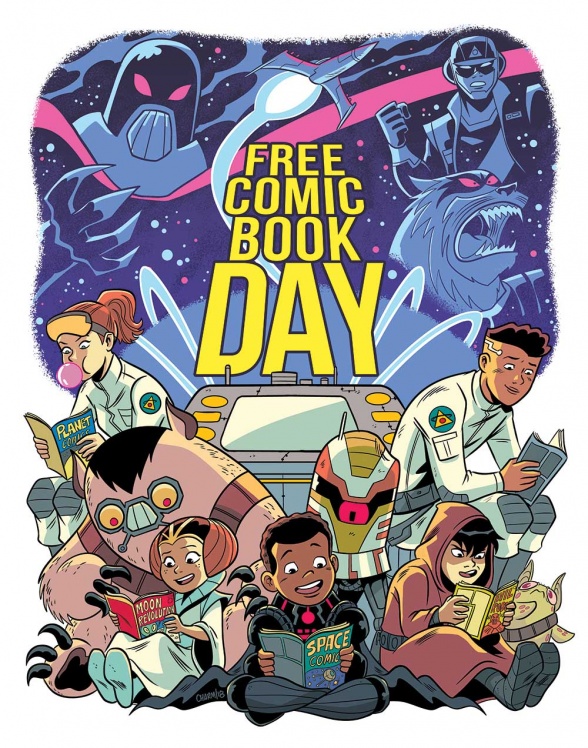