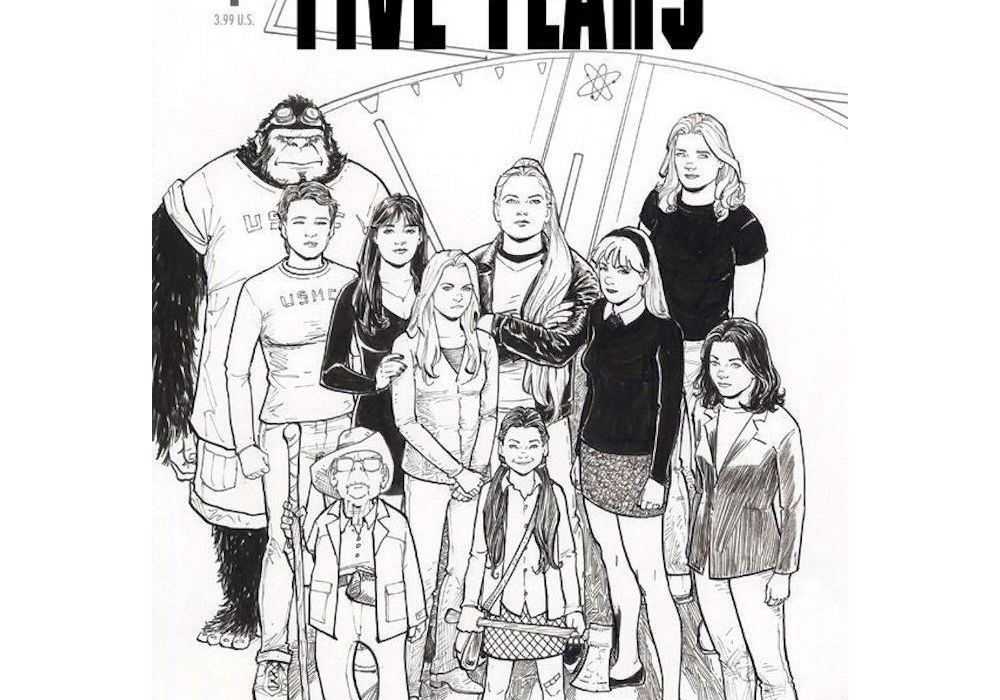 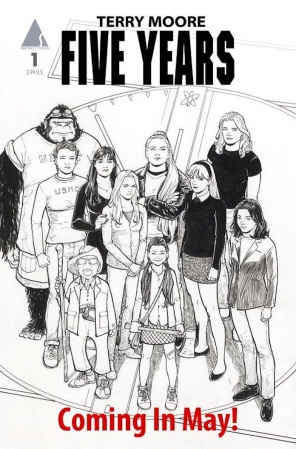 Terry Moore took to Twitter to announce “Five Years.” Beginning in May, the comic will spin out of the recent events in “Strangers in Paradise XXV,” and tells the story of “a group of women determined to combat a world-ending danger that threatens to wipe out humanity within five years.”

The teaser has the cast standing in front of a nuclear doomsday clock, with the hands set at five minutes to midnight, emphasizing the threat facing the world. It features Rachel and Zoe from “Rachel Rising,” Francine and Katchoo from “Strangers in Paradise,” Sam, Mike, and Libby from “Motor Girl,” and “Echo”‘s Julie Martin and Ivy Raven. Tambi Baker, the driving force that connects the original “Strangers and Paradise” and “Echo” comics, stands in the center of the image.

“Five Years,” will be a first for Moore as it features characters and direct ties to his different creator-owned books. ComicBook.com reports Moore teased the series two years ago at San Diego Comic-Con, telling fans, “It’s like you’ve set up all your dominoes and so you’re the one who’s earned the right to push them, and I’ve set up all this inter-networking of characters and the day I can draw them all in one scene is going to be a delight.”

“Five Years” #1 will be available some time in May.