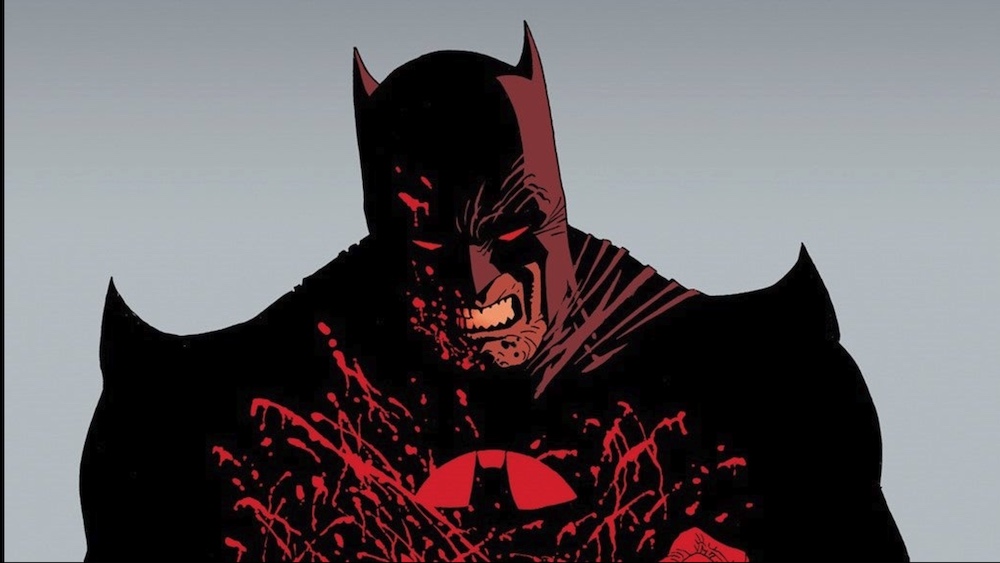 IGN has revealed that Geoff Johns is returning to DC Comics for a miniseries called “Flashpoint Beyond.” After a #0 issue written by Johns and illustrated by Eduardo Risso (“100 Bullets”), the series will be cowritten by Jeremy Adams (“The Flash”) and Tim Sheridan (“Teen Titans Academy”) and illustrated by Xermanico (“Infinite Frontier”). The series will feature seven issues (#0-6), released bi-weekly. 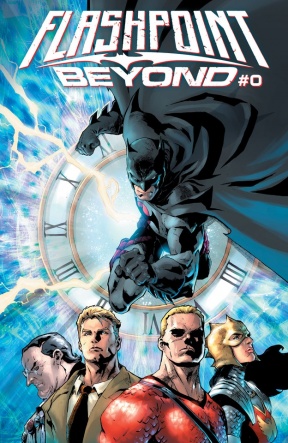 While Thomas Wayne, the “Flashpoint” Batman, has been around DC more or less consistently for the past five years, the original event concluded in 2011 with the birth of the New 52. “Flashpoint Beyond” is a direct sequel that deals with Thomas Wayne and a new villain called ‘the Clockwork Killer.’ The series will debut on April 5 with the #0 issue, with #1 hitting stores two weeks later.

Johns has been a somewhat absent figure at DC for some time now, most recently writing the “Stargirl Spring Break Special” last year and finishing up his much delayed “Doomsday Clock” and “Batman: Three Jokers” series in 2019 and 2020, respectively. He had some short pieces and co-writes in the “Infinite Frontier” #0 story and a few of the “Dark Night: Death Metal” anthologies, but this is the first newly solicited Johns work in some time. Whether this is a one-time return or if this will signal Johns having a more prominent place in the creative makeup of DC going forward remains to be seen.

The IGN piece has a number of quotes from the writers about the series, but some of the more interesting tidbits are:

– Risso is returning to Thomas Wayne after the “Batman: Knight of Vengeance” miniseries from the original “Flashpoint” event. Johns mentioned that Risso is one of the few artists that he’s wanted to work with, but hasn’t yet.

– Sheridan and Adams had pitched an event to DC that they thought wouldn’t get OK’d, but that conversation led to talking about “Flashpoint.”

– While he is not mentioned in any of the press materials (yet), there was a double-paged spread by Todd Nauck that was released as part of the news (UPDATE: This is a wraparound variant cover for #0): 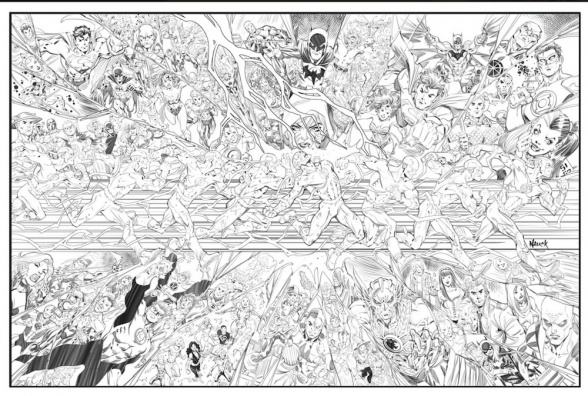 – Here is a long quote from Johns about Thomas Wayne:

“In the first Flashpoint, Thomas fixed the timeline. His son grew up, became the Batman we know and love, and what’s more – Thomas saw the fruits of his sacrifice,” Adams says. “So, imagine thinking that has been taken away. He is back in the nightmare of that world still existing without his son…It’s the driving force behind his motivation for the series.”

“Thomas has now seen so much of the world beyond that you have to wonder if, in those intervening years, he took in enough of the light to help him see clearly now that he’s back in the darkness that once enveloped and consumed him,” Sheridan adds. “I don’t think that question has an easy answer, which is why it’s in many ways at the heart of Flashpoint Beyond.”

“This is a man who became The Batman because his child was murdered,” says Johns. “Losing a child is obviously a very different emotional pain than losing a parent. A horrific one. But will what Thomas has seen beyond Flashpoint give him hope when he finds himself back in it? Will he fall into his old ways? How violent can Batman be? And what will he stop at to find The Clockwork Killer? The answer: nothing. Because if everything’s going to change anyway… what does it matter what sins he commits?”

We will surely have more to say about this as the story gets closer.