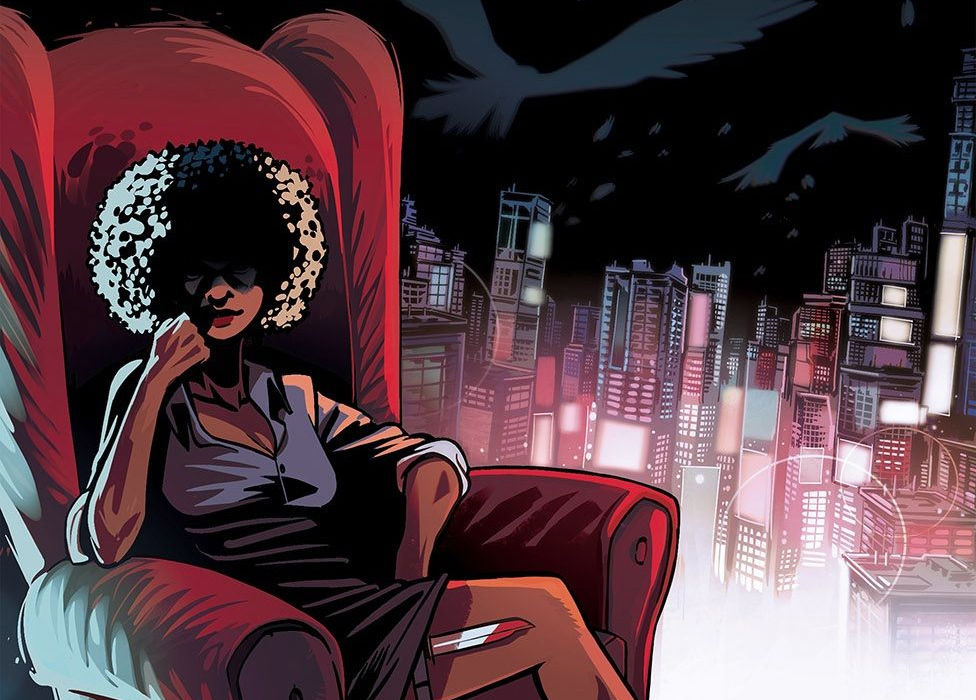 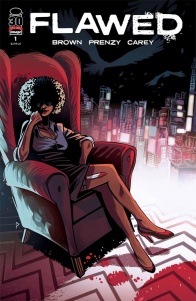 Image Comics have announced “Flawed,” a six-issue miniseries reteaming “On the Stump” writer Chuck Brown and artist Prenzy. Set in the corrupt, violent city of Setham, the supernatural series follows Gem Ezz, a psychiatrist who “takes a more direct — and sometimes deadly — approach” to solving problems at night. “But when her practice puts her in the sights of an immortal serial killer, Gem finds herself embroiled in a power struggle that threatens everything she’s ever known.”

“Flawed” is also described in the brief press release as being “ultra-violent,” while Setham is called a surreal, Kafkaesque setting. “The city of Setham holds many different strange tales and Gem Ezz’s story is only the beginning,” Brown teased, implying there will be more “Flawed” series to come.

The book marks the third book at Image for Brown, and the second for Italian artist Prenzy; their previous Image series, “On the Stumps,” imagined a world where presidential elections are determined by hand-to-hand fights, and ran for five issues from February to September 2020. Brown is best known for his previous series, the Eisner Award-winning series “Bitter Root,” which he co-wrote with David F. Walker from 2018 to 2021.

“Flawed” #1 will be released online and at comic book shops on Wednesday, September 28, with two different covers by Prenzy.