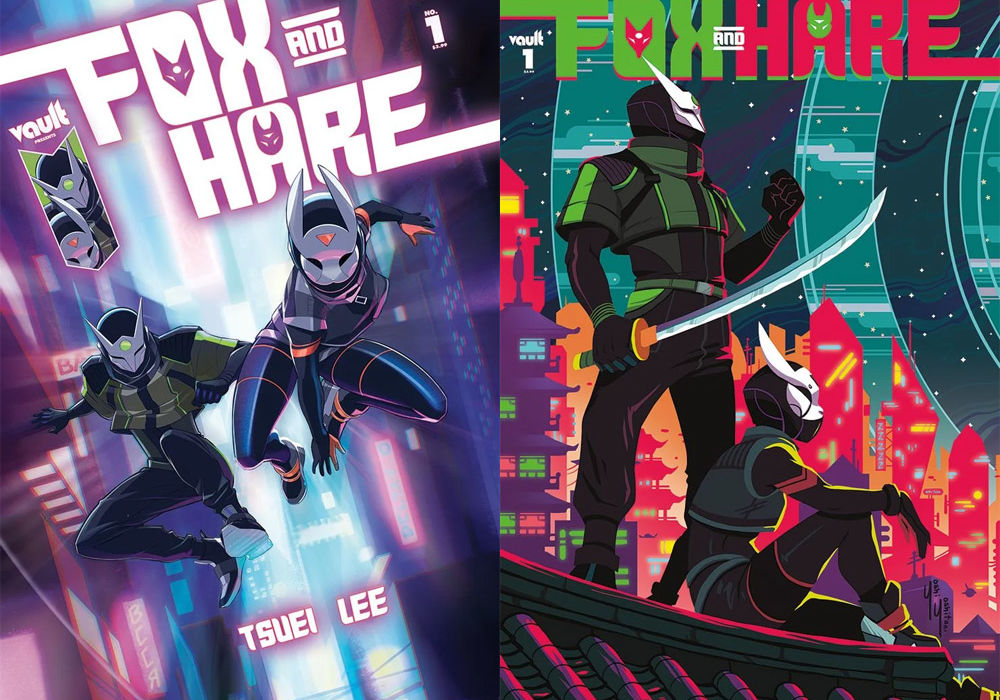 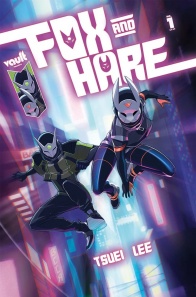 Via CBR, Vault Comics have announced “Fox and Hare,” a cyberpunk series by writer Jon Tsuei (“Sera and the Royal Stars,” “Search for Hu”), and artist Stacey Lee (“Silk,” “Unstoppable Wasp”). The comic follows Aurora Yi, a black market coder in the city of Mazu Bay, who discovers data that can tap into citizens’ past lives. The evil mega-corporation Synastry Designs wants their data back, forcing Aurora to turn to the Fox and the Hare, the city’s most feared pair of mercenaries, for protection.

Tsuei described the project as a way for Asian audiences to reclaim the cyberpunk genre, which partly owes its roots to anti-Asian paranoia, especially over the dominance of Japanese corporations in the 1980s. “I’ve always been drawn to the cyberpunk genre,” he said, “but I never saw myself represented in those stories, despite their heavy usage of Asian aesthetics. I began to wonder, what if Asian people reclaimed the aesthetics of cyberpunk and centered ourselves in the narrative? As I spent time with that question, I realized that it wasn’t enough to just place Asian faces in the story.”

He continued that it “reframe[s] the themes of new technology (cyber) and rebellion (punk) through an Asian lens. That’s exactly what you’ll get with ‘Fox and Hare.’ The protagonists of our story are rebelling against the status quo of their world just as much as we, the creators, are rebelling against the status quo of the cyberpunk genre. Our characters are reclaiming something that was taken from them just as we are reclaiming something taken from us. Stacey and I are mirroring the path that the Fox and the Hare are walking, we’re just doing it in different worlds.”

“Fox and Hare” #1 goes on sale November 3, with a main cover by Stacey Lee, and a variant by Yoshi Yoshitani.