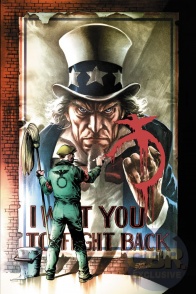 Cover to by Eddy Barrows

As announced through CBR. “Freedom Fighters” is getting a relaunch as a 12-issue limited series from writer Robert Venditti and artist Eddy Barrows this December. The book will be set in Earth-X’s version of 2018, where Nazis won World War II. It will feature “new takes” on characters from the original roster: Human Bomb, Black Condor, Doll Woman, and Phantom Lady.

Venditti says he is drawing on both his experience writing the upcoming “Six Days” graphic novel, a non-fiction D-Day story that involved Venditti’s own uncle, and Grant Morrison and Jim Lee’s “The Multiversity: Mastermen” #1, which featured the team. Of the experience, Venditti said, “It’s a lot of fun because you get to just kind of build everything from scratch and really get to throw a lot of concepts out there and it’s something that takes place in the wider DC multiverse but not being set on this Earth means it isn’t as constraint as other stories might be.” 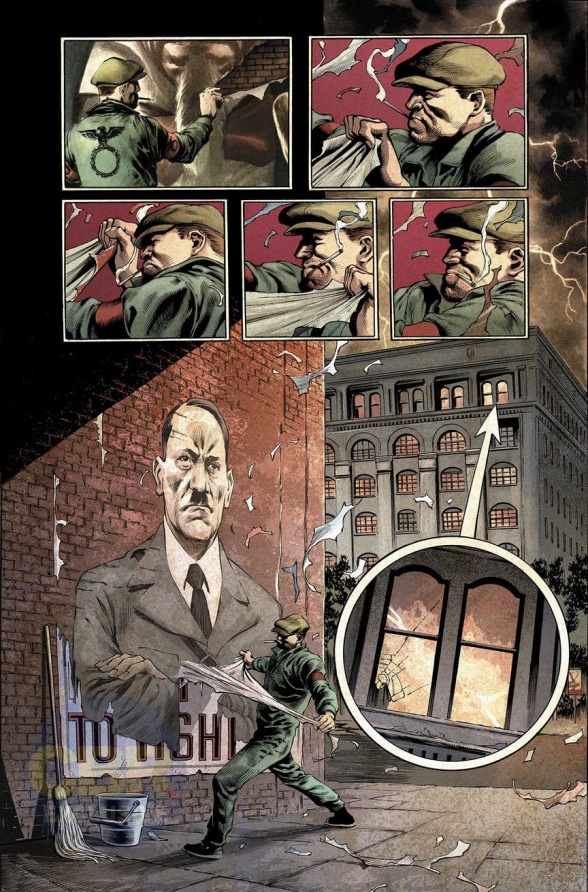 A page from 'Freedom Fighters' #1

The story centers around the team’s efforts to bring back Uncle Sam, who’s gone missing. “The American spirit was crushed when America was conquered by Nazi Germany, and so the Freedom Fighters are now coming back to try to remind the American population that there is such a thing as heroes and here’s what America stands for. They sort of re-stoke that American spirit with the hope that by doing so, if they can stoke it enough, Uncle Sam can return and they’ll have this very powerful, you know, fighting force on their side,” Venditti explained.

Along with the first issue cover and preview pages, Barrows also released his designs for the PlaSStic Men, Earth-X’s version of the SS, and one of the main antagonists for the Freedom Fighters. 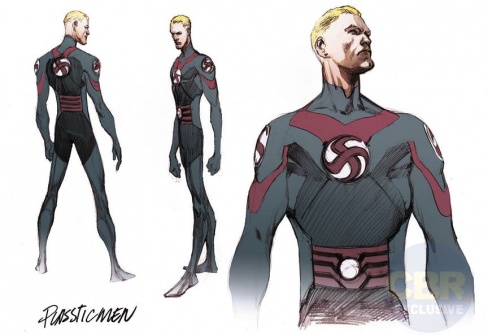 Freedom Fighters as a team was created in 1973 by Len Wein and Dick Dillin. They assembled the team from Quality Comics characters, after the company was acquired by DC. Freedom Fighters first appeared in “Justice League of America” #107–108, before getting their own series in 1976 from Gerry Conway and Martin Pasko.