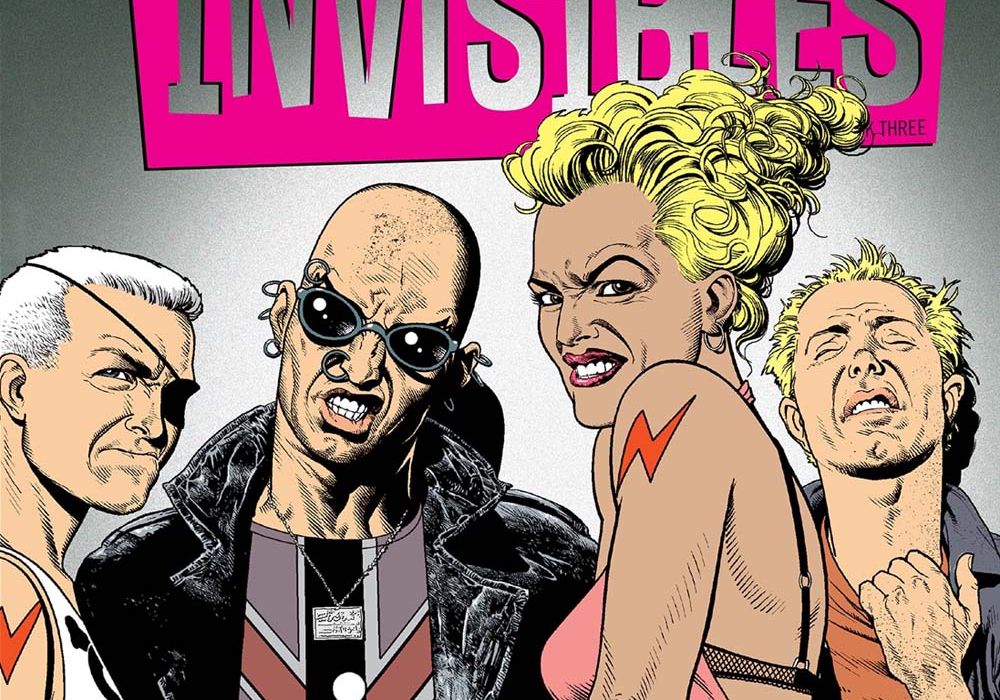 Universal Cable Productions (UCP) has struck a deal with Grant Morrison, the iconic writer of “Batman and Robin,” “WE3,” “All-Star Superman,” “Arkham Asylum” and many other top selling comics. Deadline reports that with the studio deal, Morrison will develop and produce premium original content for television networks as well as streaming platforms.

Morrison is already busy with season 2 of Happy!, based off the comic of the same name by him and Derick Robertson, a UCP co-production that Morrison serves on as a writer and executive producer with filmmaker Brian Taylor. Morrison’s next project with UCP will revolve around developing and writing the television adaptation of his long-running Vertigo comic series “The Invisibles,” a high concept, psychedelic sci-fi series about inter-dimensional aliens infesting the human race, while a group of secret freedom fighters try to save the world.

Additionally, UCP and Amblin Television are also working with Morrison, Taylor and David Wiener on an adaptation of Aldous Huxley’s iconic sci-fi novel Brave New World, published in 1932. It tells the story of “a technologically-advanced future where humans are genetically bred, socially indoctrinated, and pharmaceutically anesthetized to passively uphold an authoritarian ruling order.”

Grant Morrison has been an iconic comic book writer since the 1980s, spearheading some of DC’s most important event comics. He is a self-proclaimed shaman, practictioner of chaos magic, and mentor to Gerard Way, the curator of DC’s Young Animal imprint. Morrison is also known for his best-selling non-fiction books, Supergods which examines the mythology of superheroes while acting as an autobiography of the writer.

Morrison is currently working with Liam Sharp on a relaunched “Green Lantern” comic, which began this week. The Glasgow native is repped by ICM Partners and Ginsburg Daniels.